Out of the storm: After Mediapalooza, what agency land did next | M&M Global
Analysis
28th April 2016 by Mike Fletcher

When the Mediapalooza struck last year, many predicted seismic change. So what happened and has it resulted in green shoots of agency evolution? Mike Fletcher investigates. 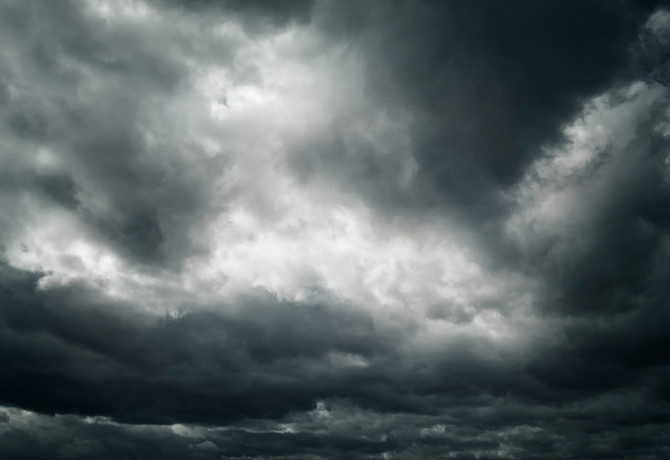 According to the urban dictionary, a ‘palooza’ is an all-out crazy party involving lots of people all going for it like there’s no tomorrow.

Mention the slang term to a media agency head however and you’re more likely to see the colour drain from their face as they relive the 2015 ‘Mediapalooza’, with its sleepless nights of a different kind resulting from the desperate battle to win and retain huge advertiser contracts.

Within a period of only a matter of months last year, brand owners including Procter & Gamble, Unilever, L’Oréal, Volkswagen, Johnson & Johnson and more all called reviews of US and global media planning and buying arrangements.

The total value of media business that was put up for grabs was estimated to be as much as $30bn and it threw the agency world into disarray.

Some industry stalwarts such as Publicis Groupe CEO, Maurice Levy chalked the plethora of pitches up to coincidence. He claimed that many of these contracts were on a three-year rotation and it just so happened that they came up for ‘review or renew’ at the same time.

Others feared something more seismic however. MediaCom’s Worldwide COO, Toby Jenner, for example described it as a ‘once in a lifetime [happening].’

“It’s a perfect storm and it’s indicative that clients are looking at what the future holds for them, and how best to address some of those challenges,” he told M&M Global at the time.

Now that this ‘perfect storm’ has all but died down, both viewpoints still appear credible.

Yes, the much needed change that agencies had long been discussing was fuelling restlessness amongst advertisers and, yes, many of the big brand contracts had been slated for ‘review or renew.’ But has anything changed as a result?

Well, with most of the results now in, we can first determine the main winners and losers.

Dentsu Aegis Network gained the most in billings, according to RECMA’s figures, with an increase of some $900m. Omnicom Media Group also showed positive gains (+$700m), chiefly through winning most of Procter & Gamble’s business in the US.

GroupM successfully steered its way through a potentially perilous path to emerge relatively unscathed, considering the number of accounts it was defending, especially in Europe.

The most notable loss was suffered by Publicis, which suffered a reduction of $2.5bn (RECMA estimates), primarily because of P&G’s move to Omnicom in the US and Coca Cola’s switch to Universal McCann, also in the US.

But was it simply that the agency deck got shuffled or is there any sign of real change for the future?

According to Nick Manning, chief strategy officer at Ebiquity, media is largely left with the same issues as before.

“The tsunami of pitches did not produce a dramatic transformation in the industry,” he says. “Those advertisers who wanted change achieved their objectives, either with their existing agencies or different ones, but very few genuine solutions to the industry’s underlying problems emerged.”

He says: “I know that for Mondelez it was the end of a three-year cycle but when media is the third biggest spend of a company worth in excess of $34bn, there was also the underlying requirement to get a better financial deal and to grow smarter about how its money was being spent.”

A desire for ‘smarter’ client media-spend could be interpreted as reviewing programmatic capabilities. Was this the key reason behind bringing so many agencies into pitch?

After all, what was once the least interesting part of media buying is now the most compelling for brands, due to technology advancements which allow for better targeting at scale.

However, if brands were distracted by agencies explaining the complexities of programmatic, Manning argues they ended up ignoring the wider problems with online as a result.

“The problems within digital advertising continue to beset the industry – viewability, fraud, brand safety and ad blocking remain damaging to effectiveness,” he says. “Pitch outcomes have seen even more money poured into programmatic digital channels. It’s as though these problems didn’t exist.”

Transparency would have been another frequently-used term during the review process as clients sought greater disclosure of both money and data-related mechanics.

In the creative agency world, Oliver, which has 11 global offices, prioritises transparency by adopting the model of putting its staff directly into client businesses. This helps brands with assurances that its agency is dedicated solely to the one account and increases campaign agility and speed.

“In media, lack of trust and transparency has driven a wedge between client and agency so anything that helps to reverse this should be considered,” says Oliver Group UK CEO Sharon Whale. “Could our creative agency model work for media buying? Perhaps, if it were providing the client with in-house programmatic expertise or working with in-house creatives to deliver dynamic content.”

Even after the pitch storm however, data ownership and access still remains the biggest tug of war between agency groups and their clients, while promises of greater financial transparency are no doubt still going unheeded.

Is there any hope?

So if a $30bn review wasn’t seismic enough to instill greater transparency, rewrite online and shake-up the agency model, is there any hope for a reimagined agency model for the future?

The truth is that it may not be the advertiser who reinvents the agency model. It may have to come from within. And, believe it or not, there were signs that last year’s pitch tremor did produce some green shoots of revised agency thinking.

For a start, Publicis Groupe is rebuilding under newly-appointed Publicis Media CEO, Steve King. He’s reimagining the agency as more accessible, and easier to navigate for clients by focusing on a new quartet of global agency brands.

Others are using their big wins to readdress how the agency of the future should operate.

“Consumer behaviour will prevent advertising from ever achieving the same scale again. But whoever can replace scale with genuine innovation will shape the agency future”

Scott Hagedorn, former chief executive of Omnicom’s data arm Annalect heads up Hearts & Science. He says: “As data-driven marketing and applied audience analytics in mass media have gone from a fringe to a core practice, we can’t lose sight of content’s role in creating connections between brands and consumers.

“Hearts & Science has been designed to protect the balance and leverage the connections between information and emotion, combining data-driven planning and buying practices with orchestrated content creation, delivery and optimisation across all touch points.”

The importance of content creation in the reimagined media agency of the future is music to the ears of Pete Mitchell, who joined a small content agency based in Singapore called Kudos after leaving Mondelez.

“It will be a god-send for media agencies as they target specific audience profiles at scale with video, memes, dynamic and native formats,” he says. “The agency of the future will be technology-driven with the production of content sitting within its core remit.”

She says: “As the world becomes more digitalised and more machine-based, we need to be more human than ever before. People remain our strongest asset. We can have the best technology and data, and best inventory and tools, but you need people who are skilled in operating them. And, as a leader, your job is to inspire them to work for you.”

Ebiquity’s Manning, meanwhile, believes agencies will have to prepare for a future with fewer ads, more content, and an improved approach to advising across the full range of channels.

“They’ll be less ads but more opportunities. Consumer behaviour will prevent advertising from ever achieving the same scale again. But whoever can replace scale with genuine innovation will shape the agency future,” he concludes.