M&M Global hosted its first podcast at Dmexco 2015 in partnership with Mediaocean, discussing and debating TV and video convergence. 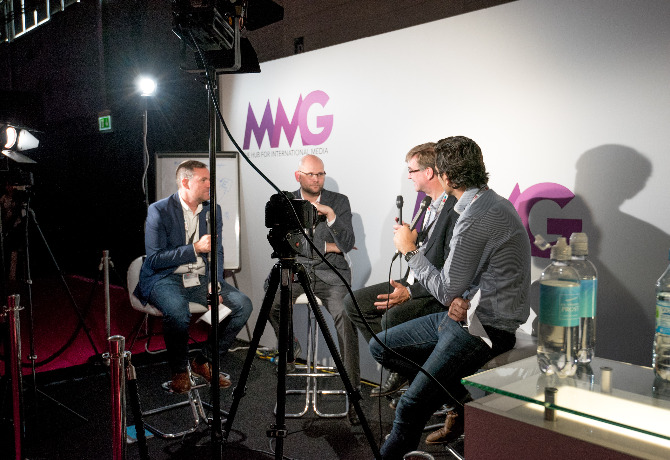 Smith felt that everyone was talking about aspects that had not really yet been cracked at DMexco, including the convergence of TV and video. “Who’s going to benefit from TV being programmatically sold?” he queried.

Bowman, who trades entirely out of the UK for advertising, pointed out that programmatic television exists already in the US, with Oreo leading the way with their work at the Super Bowl. However he also questioned what constituted programmatic, and whether it actually constituted convergence.

In reply, Edwards argued it could constitute many different things, with an overall rise in the programmatic spectrum across a range of media, with internet technologies able to deliver video and scale, as seen by the likes of Netflix and Amazon.

The group went on to speculate that convergence may not just be a free for all, which adds to the complexity.

Bowman discussed how some BBC advertisers want digital, some want linear services and some want both – and how the system for those who want both needs to be simplified, with regards to involving and reporting so audiences they are reaching are more coherent.

“I think from a buying point of view, if you could actually sit there with one plan, and then spread it out, there are very straight forward benefits from the buyer’s side of taking costs out of the business,” he added.

The link of programmatic to automation was also discussed, leading Smith to comment on the element of trust.

“The other thing that struck me was that, in terms of linear TV, I’ve done some analysis and I think it’s 96% of linear TV spots achieve one or below TV rating,” he said, going on to comment that this business is all conducted in up front share deals.

To hear more of the panel’s opinions on TV and video convergence, listen to the podcast here.