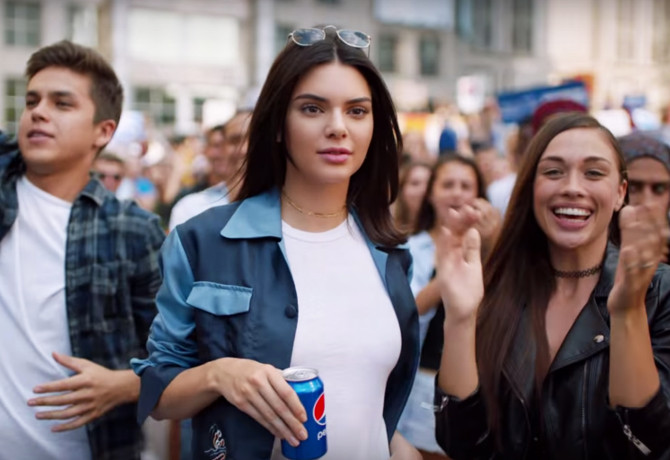 It might just be the worst ad I’ve ever seen.

It’s so bad, that after (presumably) months of planning and millions of ad dollars, Pepsi has pulled it within a day.

It’s so bad, that I woke up at 6am thinking about it.

It’s so bad, in fact, that Kendall Jenner just lost me as a follower on Instagram.

Pepsi’s ad did not just “miss the mark”, to borrow from Pepsico’s hastily cobbled together statement in removing it on Wednesday night.

It took aim at the mark before clumsily turning the gun southwards, pointing it at its massive clumsy blue and red clown feet and pulling the trigger whilst no doubt shouting “Join the Conversation!”

When pulling apart the wreckage of Pepsi’s revolution ad, it’s hard to know where to start, so blinding is the lack of self-awareness, but here’s a few thoughts.

1 – The breath-taking corporate arrogance of a brand which fills the world with (admittedly delicious) sugary drinks to believe that it is on solid ground when attempting to position itself as an ally in the fight against whatever the impossibly good-looking cast of its ad are protesting against – Trump? Brexit? The #incessant #use #of #hashtags in advertising? It’s never really made clear.

2 – The fact that, theme and casting aside, it’s just a really badly made ad. I’ll confess to not having been to many protests (hey, I’m a busy guy), so maybe they really do all resemble this one. However I struggle to believe that as a baying mob approach Parliament square with witty placards in hand, the leader ever stops, turns to his loyal followers with one fist proudly raised in a show of defiance and the other hand clutching a megaphone and asks “Guys, who’s seen the ice bucket full of Pepsi?”

3 – And – this is the worst one for me – this ad is so obviously a product of the ‘advertising by numbers’ approach that is so prevalent in the industry today. Watch it and you can quickly deduce the thought process. Pepsi is a global FMCG brand, so there’s a huge cost efficiency benefit in making a TV spot that can be rolled out globally. There are lots of angry people in the world with plenty to protest about. Millennials are a big, socially active audience. Kendall Jenner is really popular. Bingo!

You can almost picture the smug and satisfied faces of all involved in this ad as it made its way out the door, only for some genius to come rushing in waving their arms around and shout, “Guys! Wait! We forgot the hashtag!”

The result is an abomination.

A protest full of people all wearing blue (natch) and with brand references and product placement shoehorned in at every opportunity with all the subtlety of the proverbial bull in a china shop.

A stampeding hoard of Millennials so jumped up on fizzy drinks that some seem to think the revolution should be interrupted by impromptu break dancing and one of them thinks he has a chance with Kendall Jenner.

And, finally, Jenner herself, interrupting a nearby photoshoot to hastily lend her efforts where they’re really needed – handing out Pepsi to those pesky police who insist on ruining everyone’s fun.

In fairness, it looks really hot and dealing with Millennials is thirsty work, so I don’t blame him for being won over. 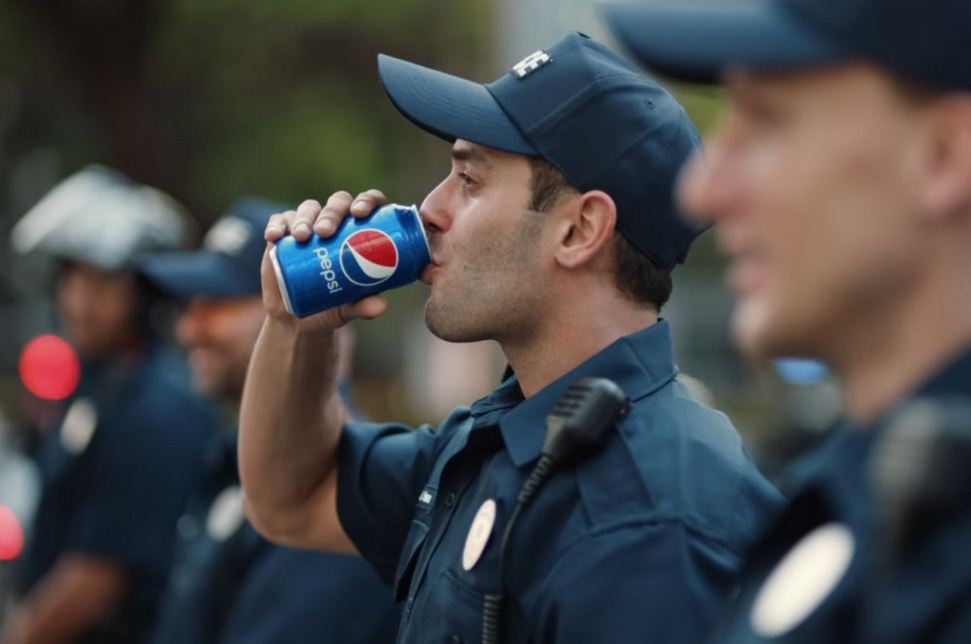