A new report shows that Publicis Media performed best in global and regional pitches in the first quarter of 2017, winning three (Molson Coors, Bel and Merck) of 10 major pitches identified and a total of $635m additional net new billings. 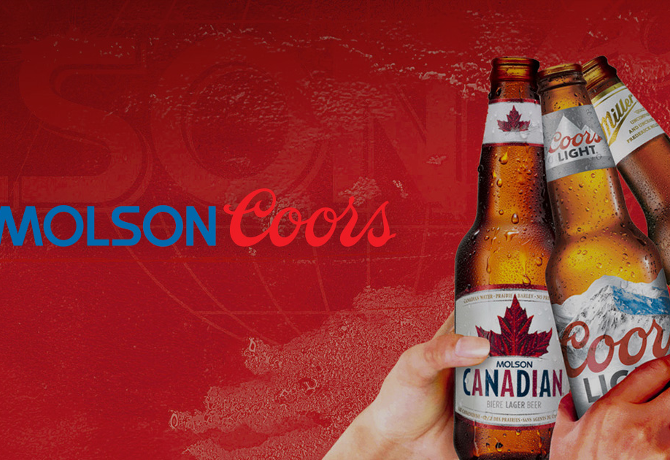 According to research by independent international bureau COMvergence, OMG has endured a tougher Q1, with an overall negative new business result of -$185m, while Mediabrands lost the MillerCoors’ account in the US, setting it at -$435m.

Among the 10 international advertisers to have completed media pitches in the first quarter of the year, seven have shifted agencies and two have consolidated their account into one agency, with only one retaining its existing agency partner. 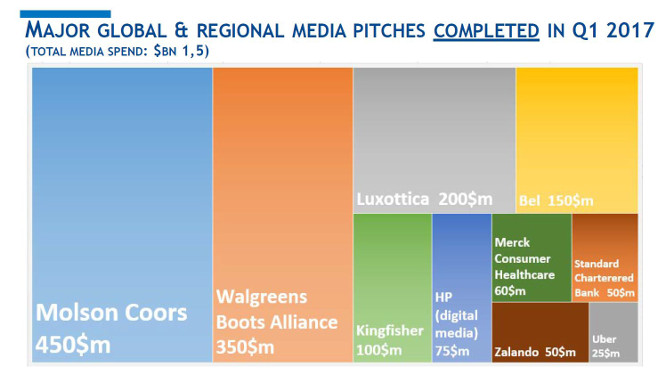 Another 14 reviews, regional and global, are currently underway, totalling $5.6bn, with GroupM and Publicis incumbents on more than $3bn-worth of business. 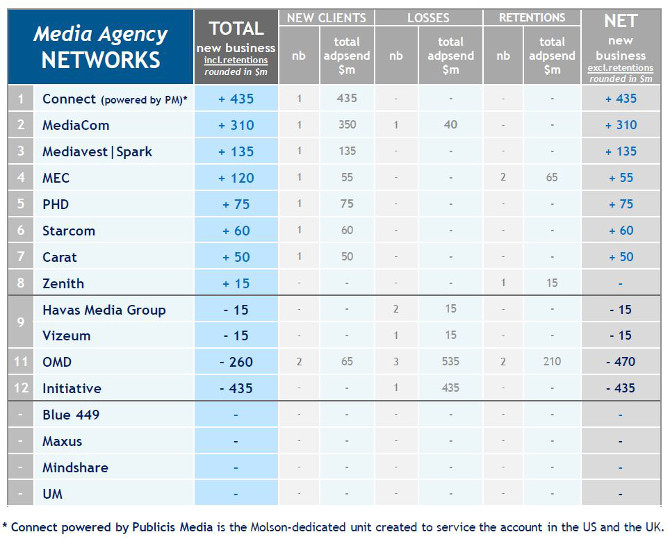