‘Search beyond the box': Steve Sirich on bringing Bing back to the fore | M&M Global
Interviews
25th April 2016 by Alex Brownsell 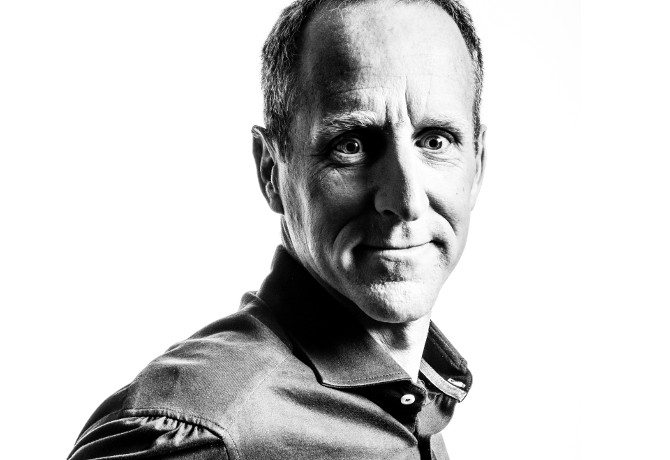 After years of investing in its Microsoft Advertising operation, the company decided last year to sign a deal handing over its display ad business to Verizon-owned AOL. The only piece of the pie left behind was search, and long-troubled search brand Bing.

However, under new management and with an ambitious partnerships strategy to rapidly expand Bing awareness and usage worldwide, Microsoft is plotting a fightback against undisputed search market leader Google.

Speaking to M&M Global at last week’s Advertising Week Europe event, Steve Sirich, general manager for marketing at Bing Ads, admitted the firm had been guilty of something of a half-hearted approach to search – but insisted this is changing.

“Where search didn’t have a front seat at Microsoft a few years ago, it clearly does now. The expression of that is when you think about core products like Windows 10, and you see Bing playing a more central role,” says Sirich, a Microsoft veteran of 17 years.

“We think we’re going through a significant transformation, and there’s a lot of momentum behind that.”

The transformation to which Sirich alludes arose from a decision to partially call time on a 10-year search advertising agreement with Yahoo.

Although that deal has five years left to run – and Sirich insists the relationship remains “very important” – Microsoft opted to take back ownership of search ad sales, creating a new Bing Network offering in the process.

Third-party partnerships have been established with the likes of AOL, Twitter and Apple – Bing powers web search results for the Siri virtual personal assistant – to fuel growth. Its integration into Windows 10, and upcoming addition into Skype, has helped to significantly boost Bing’s numbers.

“We’re finally hitting a tipping point, and when we ask for share of mind and share of wallet from advertisers, it’s a legitimate ask”

Microsoft claims that Bing Network now accounts for 31.1% of US desktop search, 17.3% in the UK and 11% worldwide – enough to offer a “serious” proposition for advertisers, Sirich argues.

“Back in 2009, when we launched Bing, we didn’t have double-digit [market] share in any country, worldwide. We now have half a dozen markets. People will start to recognise Bing as a more and more legitimate player in terms of how people are querying information,” he says.

“We’re finally hitting a tipping point, and when we ask for share of mind and share of wallet from advertisers, it’s a legitimate ask. That’s a story we need to get out there. The momentum we have isn’t well known to everybody.”

If Microsoft is to markedly grow its search advertising business, it must do better on mobile platforms. Around a third of searches on Bing are made using mobile devices, and Sirich says the company is working hard to develop formats more relevant for smartphone users.

“We know that mobile search is a key priority. With our Bing Ads platform, we’re looking to introduce experiences that are more relevant to mobile,” he says.

It points to a more all-encompassing opportunity for Bing, namely to make itself a central player in the concept of “search beyond the box”.

Thanks to the budding popularity of services like Apple’s Siri and Microsoft’s Cortana, voice search is already gaining traction, and the opportunity to embed search facilities in apps like Facebook Messenger and physical devices through the Internet of Things is likely to be transformative, says Sirich.

“Mobile technology has been transformative, natively integrating search into experiences across devices. It’s where we think search is ultimately going”

“Voice search isn’t going to change things just for Microsoft – the user interface is changing for the whole industry. You can imagine interfaces in gesture and everything else,” he says.

“We speak about this idea of ‘search beyond the box’. Mobile technology has been transformative, natively integrating search into experiences across devices. It’s where we think search is ultimately going.”

And what really excites Sirich is the potential to evolve search from a tactical, direct response medium and into a channel that can utilise data to create personalised brand marketing.

Search, he argues, is moving to the top of the funnel. “That is where search can yield the greatest impact, with Bing becoming an intelligence brand,” he adds.

Last man standing, he may be, but Sirich also plans to have the last laugh.