Ahead of Advertising Week Europe, Andrew Moore, head of publisher sales at AOL, explains why the ‘app economy’ is evolving into something completely new. 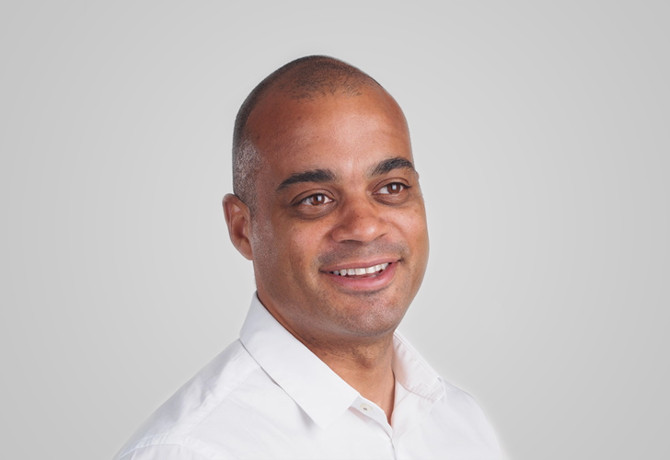 As we head towards another Advertising Week Europe, there is one topic that remains firmly on the ‘hot’ list, despite it being coined the “year of” this topic for at least five years now: mobile.

Just like other catch-all labels our industry loves to hook onto (take ‘programmatic’), ‘mobile’ is a pretty broad term. There are so many facets to mobile – do we mean mobile web, are we talking about search, or even now voice assistants and recommendations? Well, one thing that always comes top of mind when you talk to anyone about mobile is, of course, apps.

With the rise of the smartphone came the rise of the ‘app economy’. Tens of thousands of publishers could suddenly make their apps available to millions of consumers worldwide, at relatively little cost, and monetise them by asking the consumer for an upfront cost to download, by offering in-app upgrades or extras for a cost, or offering advertising ‘in-app’. It meant any publisher could reach huge audiences and monetise their apps with relative ease and many thrived.

The advertising experience for consumers however, varied greatly from OK to bleeding awful, as they had to navigate banner advertising originally created for desktop, but haphazardly recreated for app environments, until specialist mobile ad platforms emerged. Then a few players spotted the opportunity to own the app experience by building their own sub-ecosystems within those apps, to keep consumers within their self-contained environments and therefore control the communications with those consumers.

Fast forward to today and what we have is a mobile app economy that is dominated by a few big players. Many of the top 10 downloaded apps are made by this small group of companies, who offer their own advertising solutions within their own apps and ecosystems. With that comes simplicity, of course, being able to reach millions of consumers through one platform. Many in the industry though, are also concerned about a lack of choice and a lack of competition that’s restricting their options.

So what about all those other hundreds of thousands of apps within mobile ecosystems? What about other opportunities to find your right audiences within apps outside of those ‘walled gardens’? Should advertisers still care about the app economy outside of these players? Is it worth publishers trying to compete for the eyeballs of consumers against these behemoths, even as research is stating that people are downloading less apps, and using only five heavily at any one time.

Of course, apps have actually never been just about mobile. The term only surfaced in this shortened form after Apple released its original iPhone and began the revolution of the mobile handset device and how we interact with content on those screens. ‘Applications’ have been around as long as computing has – It’s simply a piece of software we have on our devices to allow us to get stuff done.

So don’t be fooled that in-app advertising means simply advertising using banners or rich media creative in an app on a mobile device. What we’re seeing now is the rise of a similar app experience to what we see on smartphones across every screen: on connected TVs, through other OTT devices, on tablets, wearables, the IoT, and now within the growing popularity of immersive experiences like AR and VR. So the “app economy” of 2017 and beyond is not limited by screen size or device real estate.

The content we consume through all these apps is also changing greatly, especially with the rise of connectivity speeds on mobile devices and 5G on the horizon.

Video is where it’s at right now, of course, and as connection speeds increase, we are seeing much more in the way of internet-enabled apps that can use those speeds to offer deep, rich experiences without taking up memory on someone’s mobile or OTT device. Next up will be ‘instant apps’, offering a sharable window into the app experience, in an app environment, without a person needing to download the entire app first (which can be a barrier, especially if your device storage is already full).

Some may feel the challenges are so great and confusing that actual meaningful brand experiences are just too difficult or elusive and stick to ‘what they know’. But as we witness the app economy metamorphosing into something that envelops the entire digital screen experience, the lines between “traditional” buying models and “digital” (another of those catch-all terms) are ever-further blurred.

It will take marketers with the vision to understand this new world of app-based experiences to really make them work for their brands. Bringing new, exciting, boundary-pushing experiences into the next wave of apps within mixed and virtual reality will be the way to make consumers care about what your brand has to say and not turn them off from connecting with you within such an immersive environment. And threading those experiences across their entire digital life – from TV, to outdoor, to their new devices like headsets, maybe even their fridges and microwaves, to mobiles.

That’s the next challenge for marketers and also the platforms that are connecting brands to consumers across these devices. It is now more important than ever for the ad tech players to stay ahead of this sea-change in app usage, helping provide the guidance and partnership that brands will need to navigate the new world.

It’s an exciting time for apps – for the developers, content creators, platforms, consumers and advertisers. The diversity of the kind of apps we will see emerging will bring whole new opportunities we’ve not yet considered. So should advertisers still care about them? Hell yes. Be ready for the change, because it’s the one constant in our industry and if you’re not riding the wave, you’ll be pulled under by it and be drowned out by those who are.

The session ‘Should advertisers still care about the app economy?’ will be held at Advertising Week Europe, Monday 20 March at 14:00 on the Guardian Stage.