The media and marketing world is coming to terms with Donald Trump’s shock victory in the US presidential election – which WPP chief executive Sir Martin Sorrell has described as a “second Brexit”. 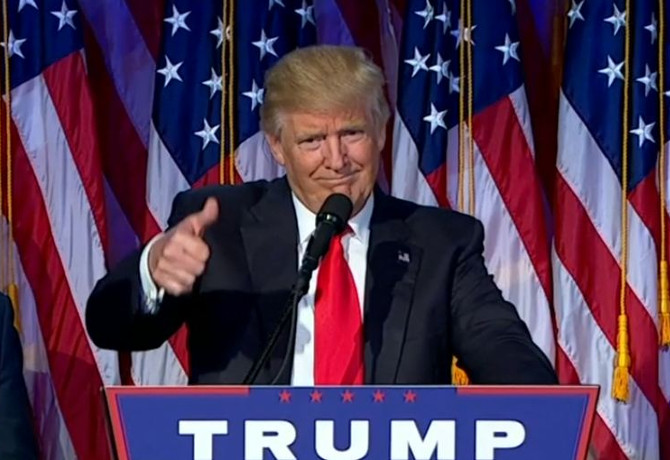 Advertisers and media firms will be watching to see how the billionaire tycoon– who gained widespread fame as the star of NBC gameshow ‘The Apprentice’ – will make his mark on the industry. He has already vowed to block AT&T’s $85.4bn acquisition of Time Warner, arguing it would allow “too much concentration of power in the hands of too few.”

Responding to the news, Sorrell said that Trump’s victory had left him “very surprised”, and said it highlighted that many consumers resent the influence of the media and other “elites”.

He also warned that issues such as “immigration, trade and terrorism” are likely to continue to influence public sentiment and elections.

“It’s going to take a significant amount of time to assess the implications beyond the short term. Increased levels of uncertainty will mean more hesitation to make important decisions in the short term, both by people and governments. But it may accelerate implementation of helpful reforms in the medium term to reduce uncertainty and stimulate investment as a result,” he said.

“Clearly immigration, trade and terrorism were key issues that swayed electoral opinion in a very significant way, just as they did in the UK, and probably will in the European referenda and elections to come.

“There will now be a lot of reassessment, including of polling techniques. Electorates at times like these clearly don’t like to be told how they’re going to vote, especially by the media and other elites,” said Sorrell, who added that his wife Cristiana Falcone yesterday gave birth to their child in New York.

Elsewhere, Omnicom chief executive John Wren argued that US advertisers were “resilient” and will adapt to the new political landscape: “The election supports the idea that the American people want change, and with that change will come a period of uncertainty. Time will tell what the impact will be on the economy.

“Clearly the middle class has spoken, both in the US and Western Europe, and challenges like immigration, terrorism and trade where key issues that impacted the electorate.

“While it is too early to tell what this change will mean for our industry and advertising and media spending, the American people, corporations and its institutions are resilient and we expect they will adapt to the new political landscape,” added Wren.