Brazilian beer Skol is the most valuable brand in Latin America for the second year running, with the retail sector the only area that did not decline in value, despite a challenging economic and political environment, growing from 16% in 2016 to 20%. 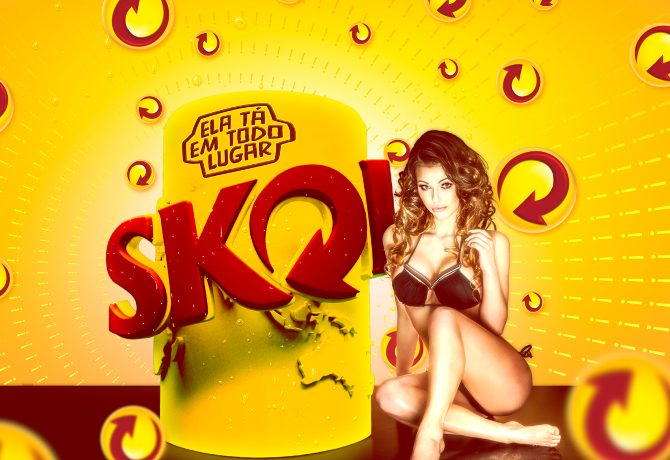 The annual BrandZ Top 50 Most Valuable Latin American Brands report announced by WPP and Kantar Millward Brown also showed that the overall downward trend was largely led by banking brands, which, as a category, has decreased in value by 56% since 2015 as a consequence of an increased perceived risk.

Of the top 50, 42% value was contributed by FMCG brands showing that households are still buying their favourite brands, but less frequently.

While the retail sector remained static, it made up an increased proportion due to decrease in other sectors, with Liverpool and Bodega Aurrera the third and fourth fastest growing brands respectively.

Beer dominated the top 10, with five brands (four of which owned by AB InBev) holding a combined value of $26bn, a quarter of the ranking’s total value.

Looking at the contribution of each market within the region, Mexican brands once again lead the ranking with strong performances from Tecate, Sol, Liverpool, Bodega Aurrerá and Bimbo growing the country’s share of total value to 43%, up from 37% last year.

“Purpose-oriented brands generate higher shareholder value than their competitors. This is where beer brands, such as Skol and Corona for example, as well as retail and communication brands excel – combining local strength with attributes such as innovation, a superior customer experience and a clear value proposition.”

Other key trends identified were that digital disruption catalyses customer-centricity, trust is growing in importance to consumers and personalisation of customer experience is important to retail brands.

“Formulating an effective strategy that balances quality, differentiation, relevance and cost requires a granular understanding about how the brand is perceived and what will resonate with the consumer.”

The Store WPP EMEA and Asia chief executive David Roth concluded that even in difficult times, brands can maintain and grow their value.

“Latin Americans are still buying their favourite brands, but shopping more carefully.  Price and quality are important, but must be reinforced with a brand promise to deliver emotional benefit, achieved through uniting digital technology, consumer data and brand creativity,” said Roth.