Creating social buzz might seem like an easy win but brands need to be smarter than ever if they want to succeed with advertising’s new model. Nigel Hollis, executive vice president and chief global analyst at Millward Brown, explains.

The social media age seems like a golden opportunity for communications and marketing.

Imagine being able to get free distribution. Imagine consumers who willingly pass on your message. Imagine the power of word of mouth messaging, viral recommendation that’s more powerful than paid advertising.

All this is true, of course, but only if your marketing is truly compelling. Few brands can afford to match Red Bull’s World Record Space Jump but to succeed with a social campaign you need to aim for the stars.

Today, the bar for marketing that enlists consumers to promote a brand is set very high. Marketers who want to adopt the new social model to build their brand must get their idea and planning right.

Millward Brown’s research on viral videos shows that only the top 5% of films have any chance of taking off in the volumes of views that make a difference. That means they have to score top marks for enjoyment, involvement and distinctiveness.

Applying that learning to buzz campaigns suggests brands will never match paid-for reach with viral spread unless they are at the top of their game (and even then paid for support helps amplify the best events).

Reduced to its basic elements, the new model of social advertising works in three simple stages:

• First you create an experience, an event or great content;
• Second, you get consumers and ideally influencers to experience that moment and talk about it; and

• Third, you support it with paid advertising, often on traditional media to drive the wider audience to the experience.

This final element is critical. Our research in Asia shows that while word of mouth is more than twice as impactful when it comes to purchase intent as TV, both have the same impact on awareness and TV has double the reach.

Similarly, our research for YouTube found that ads on the homepage are directly or indirectly responsible for 86% of all views and improve overall viewership by a factor of six compared to unsupported ads.

The model sounds simple enough but doing it successfully requires brands to be very clear about what their goals are.

The first element to any successful campaign is knowing exactly what you want to achieve. Digital campaign planning requires you to understand who you are targeting and what needs to change to increase sales and profit. Without a clear goal, you have lost already.

The second element is an insight that tells you what will both get consumer attention and change their behaviour. Understanding motivations is critical.

The third element is an idea that brings this to life. It needs resonate strongly with the consumer audience to inspire action and be own-able by the brand.

The fourth element is the understanding of which channels to use, based on your target audience. The role of each channel in delivering the experience also needs to be clearly understood. How will each channel contribute to the end result?

Only then do you come to the need for great execution of each element of the campaign.

I’ve been researching how social media models are being used in China, the world’s most advanced social media market with hundreds of millions of consumers on platforms such as WeChat, Weibo and Kaixin.

Two great examples of brands that have ticked all these boxes are Coke and Oreo.

Oreo set out to boost sales by appealing to contemporary mothers. Its solution was to create a rare moment of connection between mother and child.

The results were 1.9 billion social impressions, and a sales boost of more than 50% in the first five weeks.

Likewise, Coke wanted to boost frequency and realised that allowing people to express their emotions using lyrics from popular Chinese songs would be the ideal message.

Key lines from 51 different songs reflecting different emotional states were printed on bottles and cans. The effort was prelaunched with the artists involved before sampling at more than 100 universities and social targeting focused around key states such as exams helped spread the net wider.

Scanning a code on a bottle allowed consumers to access a musical moment that could be shared. The campaign delivered 2.5bn social impressions and boosted sales by 10%.

Getting the new ad model right means abandoning an approach that has been a characteristic of much of the digital industry. Optimisation on the fly and muddling through simply doesn’t work with the new social media led model.

If you don’t put the work in ahead of time, you simply won’t be successful.

You’ll waste a lot of money because the new ad model is front loaded for cost. Experience creation is not cheap.

Worse, however, if your impact is miniscule then you leave your brand vulnerable to successful efforts from your competitors. Get it badly wrong and you risk a consumer backlash.

The bar for successful social advertising has been set very high indeed. 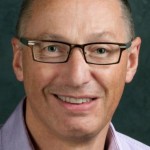