Focus on the story, not the content tools, says Raquel Bubar, director of T Brand Studio International at The New York Times, and a head judge of the World Media Awards 2017. 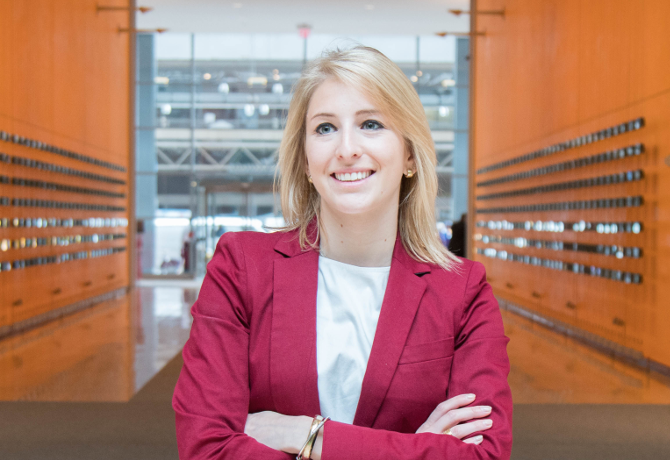 In the accelerating media arms race that is brand content, The New York Times is widely seen as having skipped to the front.

The publisher’s T Brand Studio unit has won plaudits for its work with advertisers including Netflix, UBS, Cole Haan, GE and Philips, and is branching out into the world of virtual reality and augmented reality with specialist agency Fake Love.

In 2015, The New York Times launched an international T Brand Studio team in London, now led by director Raquel Bubar, who moved over from the New York content operation. A primary objective, says Bubar, is educating clients that they should begin with the story, rather than abstract aspirations of documentary films or flashy infographics.

“The first thing we need to do, as a team, is to sit down and brainstorm effective strategies and effective ideas. We always ask ourselves, ‘What is the story we are trying to tell?’” says Bubar.

“We do have a lot of clients coming to us that want a menu of options – they want a video, or they want an infographic, as they’ve seen we’ve done that kind of work for brands before. They want to come and ask us to do that exact thing, but about them. So it’s our job to educate brands, and our job to tell them the best way to tell their story in whatever medium that might be.”

Slip into the background

A key stumbling block is convincing marketers that they should have the confidence to allow their brands to slip into the background of a broader story.

To support the second season of its hit show ‘Orange is the New Black’, Netflix tasked T Brand Studio with creating a multi-media study into the US female prison inmate experience. The piece, ‘Women Inmates: Why the Male Model Doesn’t Work’, featured copy, video, photos, data and infographics – but only a single mention of Netflix.

Similarly, Bubar points to a content project for luxury watchmaker Cartier, following the exploits of a British adventurer in Iceland, as he went scuba diving and kayaking in some of the most inhospitable environments imaginable.

“It’s a really powerful visual piece. And, yes, he’s wearing a watch, but the piece is not about the watch. The piece is about what he watch can help you do. It can help you explore and to go to new edges of the earth, and to be an explorer like him. It was very much an editorially-driven piece,” she says.

However, that is not to say that the brand or company cannot take centre stage. One option T Brand Studio offers its clients is ‘story mining’, namely sending a brand journalist into an organisation for a week or two, in an effort to discover an untold story. It pursued this approach with Volvo, and ended up producing a film about its crash test department.

Bubar, who joined The New York Times from PR agency Edelman, claims that agencies have much to learn about brand storytelling: “What is so compatible between PR and what we do at The New York Times is that it’s all about telling the story. I think PR companies get it, they are always thinking about the story and what is the news hook. I don’t think all agencies are necessarily thinking like that.”

“I want to see that the story is fluid throughout the multi-media they are using, not just using an infographic or video for the sake of it”

Only by ensuring the quality of storytelling can T Brand Studio achieve its “number one” goal, namely to match – and occasionally exceed – the standard of content produced by the newsroom.

As one of the chairs of the judges for the World Media Awards 2017, Bubar has some words of advice for entrants – primarily to ensure the content facilitates, rather than dictates, the telling of the brand story at the heart of campaign.

“The close connection between content and story is key. I want to see that the story is fluid throughout the multi-media they are using, not just using an infographic or video for the sake of it, but because there is a purpose to the full story,” she says.