Under pressure from the likes of Google and Facebook, international media firms are adopting a new approach to talent recruitment. Alex Brownsell reports. 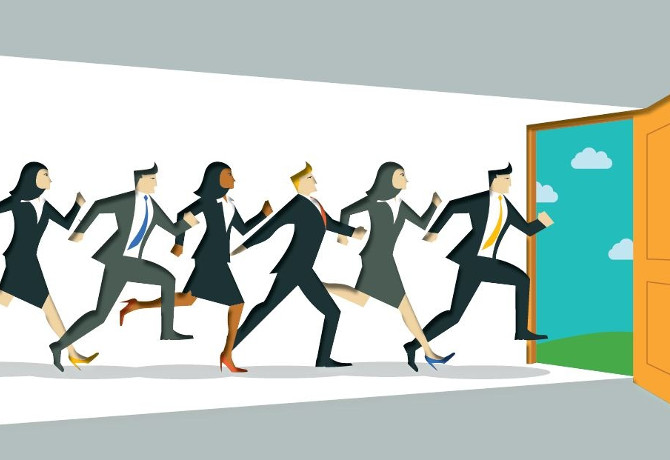 Advertising, so they say, is the ultimate people business. An agency’s creativity and strategic output is only as good as its creative and strategy teams; a media owner’s innovative spirit is only as strong as the innovation capabilities of its employees.

Yet, more than ever, businesses in the marketing and media sector are facing up to the prospect of a talent drain. Young people – especially those with technology and data skills – are in high demand, not least from digital giants such as Facebook, Google, Alibaba and Tencent.

A joint study by the American Association of Advertising Agencies (4As) and LinkedIn provides plenty of cause for concern. According to the report, the average first-year agency salary is $45,000 less than that offered by the tech sector, and staff turnover at agencies has increased 10% over the past 12 months in comparison with other competitive industries.

The report goes on: In 2015, there was a 25% net global talent loss from agencies compared with other comparable sectors. Respondents complained about unsatisfactory senior management, a desire for more challenging work and a lack of opportunities for career advancement.

Furthermore, agencies ranked lowest out of nine industries in the perception of ‘work/life balance’, and were judged harshly on factors including ‘compensation and benefits’, ‘strong career path’, ‘job security’ and ‘long-term strategic vision’.

A key issue, says John Doré, managing partner at OMD EMEA, is increased competition. “As an industry, we are facing competition from new areas such as tech companies that invest in staff benefits to strip out all the worry with things like meals, travel and even dry-cleaning, so that employees can focus on the work.

“Agencies need to continue to invest in benefits that maintain attraction for the very best talent, such as OMD’s canteen, which was recognised as one of the top 10 in the world by The Daily Telegraph and which our staff love.”

Agencies are not the only ones with a perception issue – many brands also lack the alluring qualities needed to appeal to those entering the jobs market for the first time.

Hannah West, AXA’s global head of employer brand and attraction, says the Paris-headquartered insurer realised a few years ago that it was not considered a “go-to” destination for digital marketers and data scientists.

It invested in a number of joint HR-marketing projects to broaden its appeal to a millennial audience, including a ‘Great Global Adventure’ worldwide apprenticeship prize, offering the chance to travel the world and gain work experience in AXA’s various regional offices. The company has also encouraged its recruiters to become content-creators, to connect with skilled youngsters averse to combing through jobs boards.

“We have to speak to all aspects of society, but how can you do that if it is not reflected in the make-up of the agency?”

“We needed people with new skill-sets, which are constantly changing, so we needed to do something to stand out and make people realise AXA is a great potential place to work,” says West.

She believes that the generation of graduates emerging from college today have different priorities from their predecessors. The societal and environmental “purpose” of their employer organisation is increasingly important, says West, as is the freedom to innovate and “own” their work.

They are also insistent upon a “fun and friendly” workspace, she argues.

There is a growing belief in the media and marketing world that businesses must seek out skills in new locations, and no longer solely among the graduates from top Western universities. While the progress towards genuine ‘diversity’ in the industry has been painstaking, to say the least, a talent war may at last change the situation.

London-based ad agency CHI&Partners has launched a new “blind recruitment” scheme, called ‘Spark’, in which it pledges to remove CVs and photographs from its processes. With an urgent need to upskill in technology and data analytics, and to be more channel-agnostic, CHI&Partners says it needs to look beyond its usual graduate in-take and towards teenage school-leavers.

The initiative, says chief executive and partner Sarah Golding, will turn its approach to talent recruitment “on its head”. “At present, our industry is mostly comprised of the same type of people, who look and sound like me. We’re trying to change that, to find talent from different backgrounds, and to tackle unconscious biases head on,” she says.

“We have to speak to all aspects of society, but how can you do that if it is not reflected in the make-up of the agency? By looking in the same places, you’re not going to get these new talents into the building. We’re looking to set CHI up for the future,” she adds.

“At OMD we piloted a new internship which has recruited students from disadvantaged areas and it’s been a great success,” he says.

The danger of consumer disconnect is a theme that crops up time and again. How well can advertisers truly understand audiences, if they are distributing marketing messages borne out of a homogeneous culture?

“Brexit showed us how decisions can be made with little information or understanding. We must learn from this. We need to open our minds to what is possible and tune in to a generation of employees who have a point of view and a perspective of how real change can be made,” she says.

A more proactive approach to workplace diversity can help agencies, brands and media owners alike in the pursuit of innovative ideas that connect with consumers. Moreover, by hunting for talent in new locations, these organisations can help relieve the recruitment pressure it is feeling from businesses in the tech and management consultancy spheres.

And, in the long term, these leaders of tomorrow will be able to bring different life experiences to the table and keep the industry fresh for the challenges of the future.

Advertising remains a people business. However, the type of people are changing, and not before time.