The death of the agency as we know it? Toyota is betting on it | M&M Global
Interviews
10th November 2016 by Alex Brownsell 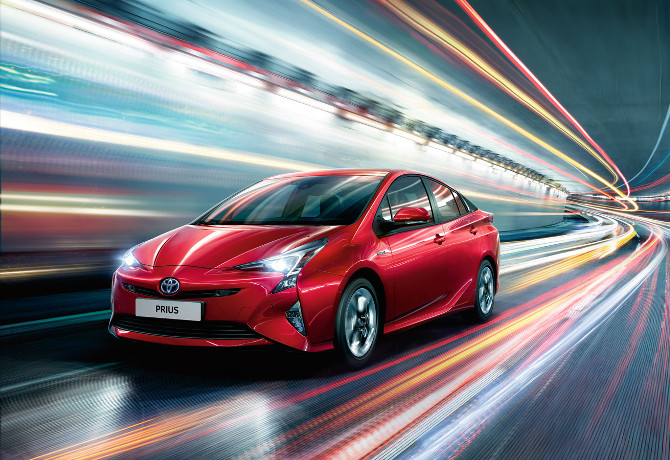 It may not have quite matched Donald Trump’s US election victory in the shock-of-the-week stakes, but Toyota Motor Company’s decision to hand its consolidated European creative, digital, content and media account to The&Partnership certainly raised a few eyebrows.

The Japanese carmaker has opted to end its relationship with Publicis Groupe’s Saatchi & Saatchi and Zenith in favour of a dedicated unit, ‘&TOYOTA’, to be provided by London-based The&Partnership. The brand’s executive vice president Karl Schlicht expressed his hope that the new approach will instigate a “digital transformation” and “maximise the effectiveness” of its media investments.

Forty-nine percent owned by WPP, The&Partnership describes itself as an “independent agency holding company”, with founders as majority owners presiding over the “agency model for today”. It includes creative agency CHI&Partners and media agency m/SIX, but is finding ever-greater traction with dedicated client teams.

The approach has been honed working with clients such as UK telecoms business TalkTalk and The Wall Street Journal in the US, and culminated in the launch of Pulse Creative, a 70-strong agency dedicated to The Times-publisher News UK. Pulse will form the initial template for &TOYOTA, with a UK hub connecting to local market teams across Europe.

However, the roots behind Toyota’s decision to appoint The&Partnership lie elsewhere.

CHI&Partners is no stranger to the client, having worked on Toyota’s advertising in Europe for much of the previous decade, before switching to handle global creative for the manufacturer’s premium marque, Lexus.

In 2015, as part of an ongoing digital content series called ‘Amazing in Motion’, Lexus released a film heralding the arrival of personal hoverboard technology. The film, showing a skateboard-style device, attracted hundreds of millions of views on social networks – despite the absence of any media budget – and generated more conversation around the Lexus brand than had been achieved in years.

“If you walk into an advertising agency with a business problem, don’t be surprised if the solution you are presented with two weeks later is a piece of advertising”

The&Partnership chairman and chief executive Johnny Hornby tells M&M Global that “intrigue” about the ‘Hoverboard’ project spread from Lexus to Toyota, and opened the door to a conversation about how brands can maximise the impact of content without handing over too many media dollars.

“If you look at how fast the world is changing in terms of where marketing spend is moving, it is moving to data-driven creative solutions,” says Hornby. “When you say you are going to have an advertising agency, media agency, mobile agency, social agency – the cost is prohibitive, the amount of time is prohibitive, and those organisations are set up to have competing bottom lines.

“If you walk into an advertising agency with a business problem, don’t be surprised if the solution you are presented with two weeks later is a piece of advertising. Ditto if you go into a CRM agency. We are trying to bring people from all those disciplines together in a single team with a single bottom line, so they are not incentivised to use one media over the other.”

Of course, this is by no means the first such dedicated agency unit to be created for a specific client.

WPP has long serviced the likes of Ford and HSBC with its ‘Team’ concept, but Hornby insists The&Partnership’s approach “takes it on a stage”. A closer parallel may be drawn with McDonald’s decision to hire Omnicom to its US creative and media business, integrating talent from across the group rather than pairing up agencies and offering a discount on fees.

In the case of News UK’s Pulse agency, around “70% to 80%” of fast-turnaround work is carried out on-site in close proximity with the client marketing team. Those employees are based permanently at the publisher’s offices, to ensure campaigns can be refined and optimised in real time.

The remaining bigger “set-piece” marketing investments, such as The Sunday Times’ recent ‘Know your Times’ push, will see The&Partnership draft in additional “out-of-house” talent for the two or three weeks it takes to form the basis of the campaign. “We find it useful to put fresh talent in for big briefs just to keep it fresh. Then they will come out again,” says Hornby.

He is convinced that this approach will be adopted by increasing numbers of advertisers, starting with those under the greatest threat of disruption: “It’s probably not a coincidence that the clients who have been brave enough to make these moves are those in sectors that are the most challenged – retail, newspapers, telecoms, and now car clients.

“If I’m Diageo, GSK or Unilever I probably don’t have to do it yet, because my model hasn’t been sufficiently challenged, but I think they are next. Returns from television-based advertising are not what they were, so I think they will start looking at this.”

So what is the point of agencies?

The success of The&Partnership’s client-dedicated units does pose one tricky question, however: is there any future for agency brands as we know them?

Hornby believes that agencies must provide a fluid portfolio of creative, media, data and technology skills, in a way that is convenient to clients, rather than to agency holding companies. And while this may not mean the end of CHI&Partners and others, he argues that such agencies will not last long without close relationships to other specialist practices.

“You end up with a smaller number of people in the core agencies, but it doesn’t stop the core agency brand and its people of being super proud of the work they have produced”

“It’s different, without question, but the speed of change presents a challenge to our industry. We need to properly adapt [from] the old siloed agency model. Of course I’m very proud of CHI – I started the agency and it is doing very well – but I think it will continue to do well because it is attached to these new models, rather than orphaned as an ad agency by itself,” he says.

“We still have clients coming to CHI for advertising, and to m/SIX for media, but the bigger, more challenged clients [need something different]. You end up with a smaller number of people in the core agencies, but it doesn’t stop the core agency brand and its people of being super proud of the work they have produced.”

Client-specific operations such as Pulse and &TOYOTA also offer talent development benefits, claims Hornby, with younger employees able to get lots of experience under their belts much faster than before.

Moreover, the model will help agencies to survive the cost-cutting that advertisers are likely to pursue in light of currency fluctuations and the post-Brexit, post-Trump economic maelstrom awaiting the industry in 2017.

“If you are a major retailer, the new iPhone you or I might want to buy next year is going to be £80 more expensive because of the currency situation. So either those costs are passed on fully to the consumer or – and what I think is what is going to happen – clients in the UK and Europe will ask procurement to find the costs elsewhere. And it is going to come out of the agencies,” says Hornby.

“Agencies are going to have to find more innovative ways to work with clients, not only to reduce costs but to increase results. The more the creativity is data-driven, and the better you are at it, the better chance you have got of going back to the procurement department and saying, ‘We can’t be cut, because every £10 you spend with me, I can point to £30 of sales revenue.’

“I would love to have been in the business when [ad agency pioneer] Frank Lowe was,” he chuckles. “But I’m afraid that’s no longer a position we enjoy.”