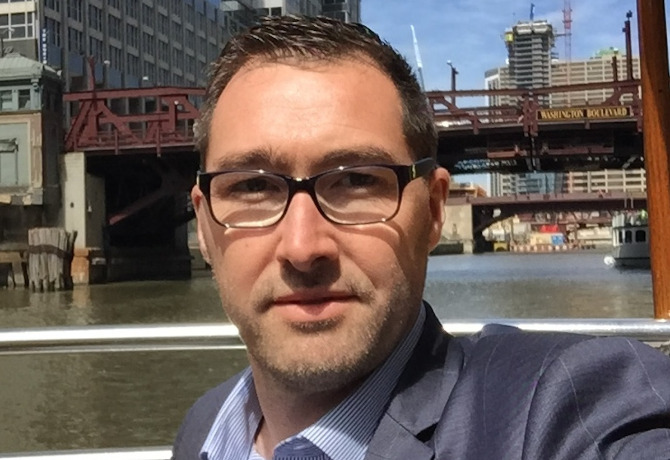 International media has reached a crossroads, argues The Economist Group’s global managing director and chief revenue officer Nicolas Sennegon. Gone are the days of pushing print over broadcast channels, and vice versa. In Sennegon’s words, “Our enemies are different.”

Speaking to M&M Global in the final weeks of his one-year presidency of the World Media Group (WMG), the former CNBC Europe advertising manager is reflecting on his drive to expand the group and sharpen its message.

He is able to boast the addition of Atlantic Media-owned digital business title Quartz to WMG’s roster of members, and reveals talks are ongoing with lapsed member The Financial Times. Sennegon is also keen for broadcasters such as CNN and BBC Worldwide to join, and transform WMG from a print-only organisation.

“We need to go beyond the traditional brands that have made up WMG in the past 15 years, because the media landscape has changed – our competition is different. The status quo is not a good thing,” says Sennegon.

“The purpose is the world of international media as providing excellent content at scale, and helping brands at scale, internationally. It’s about the scope of the audience and the reach we have, not about platforms.”

One of the methods by which WMG hopes to promote this message is through the launch of a new awards celebrating cross platform, cross border, content-driven marketing.

The World Media Awards have been created as a result of conversations with agencies, who bemoaned the lack of opportunities to highlight ground-breaking international campaigns.

Sennegon is keen to emphasise that the awards are open to campaigns running through all media, and not just WMG members (“The awards are not to promote WMG; they are there to promote the efficiency of international campaigns.”) The only criteria are that 75% of campaign activity must have been implemented in 2015, and must have targeted audiences in at least four markets.

“The first thing the judges will look at is what was the marketing challenge, and then the strategic solution that was delivered. Most of the time, we try to sell products rather than solutions, and we [in international media] need to be solution-centric,” he says.

“Judges will also look at the quality of the execution, and – behind it – the collaboration between teams at the agency and external suppliers. I think it is the collective response – how so we make agencies, clients, publishers, technology providers work together? What is our capacity to be client-centric? That is what we have to focus on. If we can manage that then the campaign works.”

Although Sennegon is preparing to step down as president of WMG at the end of the year, he hopes the organisation – and industry in general – will continue to make a more muscular case for international media.

“We need to beyond promotion, because promotion is what we’ve been doing so far. What I would expect from WMG as a second step is how we help the international media world to have a collective response to a problem,” he says.

Citing the Pangaea Alliance, a programmatic marketplace set up by The Guardian, CNN, Reuters, The Economist and the FT, Sennegon believes greater cooperation is in the interests of media owners. He advocates a common approach to challenges such as viewability, with the creation of a “benchmark” to help offer advertisers greater clarity.

“We know that when you accumulate the audience across WMG members it is a huge number, but we still sell it in slices,” says Sennegon. “We need to demonstrate in markets like the UK – where there is a strong national market – that international media is not just print, or TV, but can deliver creative programmes.

“How do we as a group optimise our resources and reach to our unique audience, how do we package that, and position ourselves? That is the opportunity.”