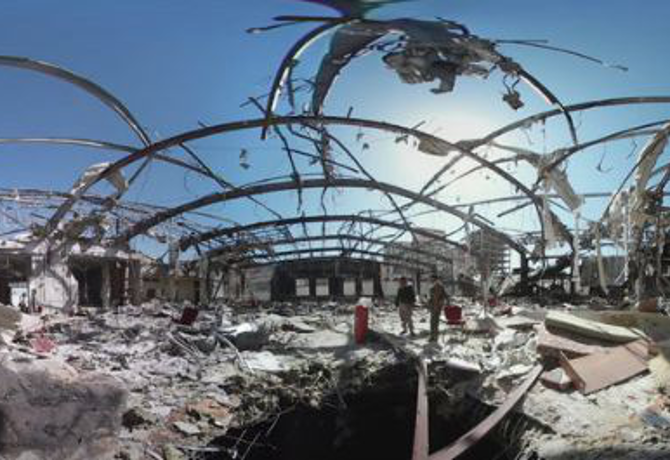 “360 videos offer a new way to experience the journalism of The New York Times,” said an online NYTimes article. “These immersive videos put you at the centre of the scene, allowing you to look left, right, up, down and behind you.”

Users can experience 360 videos on their phone, tablet, or computer without using a headset by visiting nytimes.com/thedaily360.

Samsung is providing Gear 360 cameras and equipment to global journalists for reporting from the field. The first post offers “a rare glimpse inside war-torn Yemen” with footage shot by the Pulitzer Prize-winning photographer Tyler Hicks and reporter Ben Hubbard.

“In collaborating with The New York Times, we want Samsung’s innovative products and services to show how coverage of the world’s most important stories can be made richer, more useful, and more human when augmented by 360-degree experiences.”

“Last year we delivered the VR experience to the masses, along with dozens of VR films since then, but now it’s time to make 360 video a part of the daily news report, as common as text or interactives,” added The New York Times Company executive vice president and chief revenue officer Meredith Kopit Levien.

“It’s because of Samsung’s support and filming technology that we’re able to give global audiences a true sense of what it means when The New York Times is covering the breadth of what’s happening in the world.”