The Rio 2016 Olympics is only a fortnight away and the official sponsors’ marketing activations are gathering pace as they prepare to capitalise on the biggest global sponsorship there is. 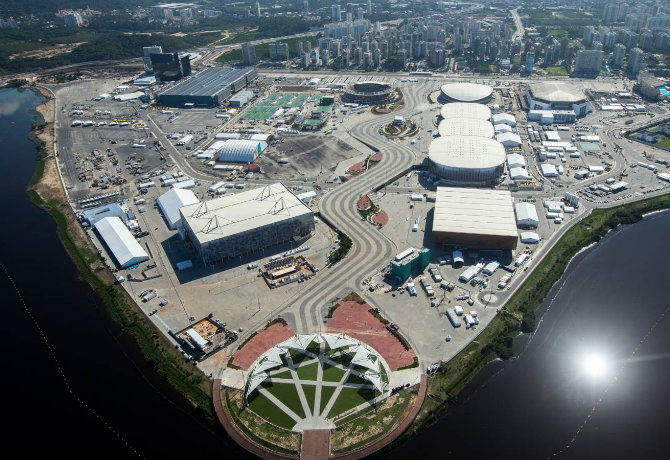 There is nothing quite like the Olympics when it comes to global reach. The only thing that comes close is the FIFA World Cup and even that does not have the same penetration.

“Until recently you could not consider the World Cup as a truly global sponsorship because it did not have an awful lot of impact in the United States,” says M&C Saatchi Sport & Entertainment director Neil Hopkins. “You are in a situation where if you want to reach everywhere and you are a genuinely global brand the Olympics is the place to be.”

A projected 3.6 billion viewers, or 76% of the global audience, watched some London 2012 coverage on television, according to the Global Broadcast Report.

For this reason, it is no surprise that the Olympic headline sponsors pay in the region of $200m for a sponsorship of a four-year Olympic cycle.

One such sponsor is Japanese electronics brand Panasonic, which sponsors the Olympics audio-visual category in order to take advantage of an unrivaled sponsorship opportunity.

“We greatly think that Olympic sponsorship is the best way to appeal to a global audience, since the awareness of Olympic Mark ‘Five Rings’ is very high compared with other big sports events such as World Cup,” says Takumasa Kosugi,  the head of worldwide Olympic and Paralympic marketing at Panasonic.

Alongside seeking to bolster its “substantial brand image” within consumer electronics at Rio 2016 with a campaign featuring Brazilian footballer Neymar Jr, Panasonic will also focus on promoting awareness of its business-to-business solutions, according to Kosugi.

In order to do the latter, Panasonic will be the “official ceremony partner” at Rio 2016 and will use its technologies to enhance the opening and closing ceremonies, which will be publicised with PR activity.

Panasonic arguably faces a stiffer task than the other headline sponsors because it is now competing for attention against electronics rival Samsung.

“The IOC have got a little bit cuter in recent years by almost salami slicing the categories to the extent they now fit both Panasonic and Samsung in at the top level,” says Hopkins “In previous years they would have almost conflicting consumer electronics brands, but now they are very specifically around mobile telecoms for Samsung and audio visual for Panasonic.”

Nevertheless, the opportunities for the global headline sponsors are still huge in their potential if activated effectively.

Visa is a fellow top tier sponsor of the Olympics along with also sponsoring the Fifa World Cup and NFL, and, like Panasonic, draws special attention to the global reach of the Olympics.

“Since 1986, the Olympic Games has been our most visible sponsorship across the globe,” says senior vice president of North America marketing Lara Balazs. “The sponsorship platform drives high-level brand goals, promotes specific product attributes and facilitates the development of the payment infrastructure in Olympic host cities.”

The Olympics sponsorship differs from World Cup sponsorship because the venues have to be “clean” to adhere to the IOC’s ambition to keep it non-commercial, which means none of the sponsors’ branding will be seen in the stadiums.

“If you are buying a FIFA World Cup sponsorship package, you are buying an awful lot of inventory within stadiums and that gives you a huge amount of return on investment in media value,” says Hopkins.

“You don’t get that with the Olympics so you will find companies need to work a lot harder to make the Olympic association really fly. But in terms of reputation it is arguably an easier association to generate real brand value out of at this point in time than a FIFA World Cup association.”

However, the trustworthiness of the Olympics is under pressure at Rio 2016 as a result of a number of crises.

Political unrest in Brazil could dampen enthusiasm in the host nation, while the Russian Olympic team is currently embroiled in a scandal around widespread doping allegations.

Russia’s place at the Olympics hangs in the balance and their absence would be a blow to the IOC because Russia is one of its biggest markets, both in terms of medal hauls and audience.

On top of this, the IOC is faced with a circumstance totally out of its control – the spread of the Zika virus.

Hopkins says the sponsors need to “roll with the punches” when it comes to controversies and highlights how “instability can strike anywhere at any time”.

“If we were having London 2012 again with the level of instability we are having at the moment, would it be the same celebration of Britishness that we saw four years ago?” asks Hopkins. “Possibly not.”

Visa is undeterred by events and is ready to capitalise on its substantial investment in the Olympics sponsorship.

“Visa has not seen and does not plan to see any abnormal drop off in attendance compared to past games due to the current climate in Rio and are continuing to roll-out our original plans,” says Balazs.

The company is keen to make assurances about how seriously it takes the health and safety of its employees, cardholders, consumers and clients.

Balazs added: “Visa has been monitoring the situation very closely for months and we feel confident in our plans which have not been deterred.”

With every Olympic sponsorship comes the threat of rivals stealing the thunder with a canny piece of ambush marketing.

Perhaps the most successful example of this took place at London 2012 when Beats by Dre received widespread exposure by handing out its headphones to the Olympic swimmers.

The logos had been replaced by the colours of the national flag of the athletes’ home country in order to avoid contravening any rules.

“The IOC will be very vigilant at the aquatic centre this year, as at every other venue, and will be looking out for any company that is not an official sponsor or partner that tries anything similar to what we saw in London” says Huw Morris, head of the UK Advertising Law Practice at international law firm Reed Smith.

Morris says restrictions around what non-sponsors are allowed to advertise around the Olympics “tend to increase” at each games and the Olympics is the “strictest” competition when it comes to sponsorship regulations.

The IOC is forced to tread a fine line between protecting the massive investments of its sponsors and not being too heavy-handed with athletes involved in a potential advertising infringement.

There was a tense moment at the London 2012 Olympics when an ad for Louis Vuitton featuring swimmer Michael Phelps was accidentally released during an advertising blackout period.

Fortunately for Phelps, he avoided a ban from the competition.

What exactly am I paying for?

“Sooner or later, the IOC is going to lose patience and say we need to actually enforce these rules because otherwise it is going to get worse and as a sponsor you would be pretty annoyed because you would be demanding ‘what exactly am I paying for when you are not enforcing this?’,” warns Morris.

The IOC has however relaxed the rules around the Olympic Charter’s controversial Rule 40, which previously did not allow any participating athlete to take part in any commercial activity during the Games period, which lasts throughout the Olympics and a couple of weeks before and after.

Athletes are now allowed to take part in generic advertising that does not make reference to the Olympics, as long as they applied for permission from the IOC in January.

The move was a concession to the athletes, who were previously prevented from making money from their sponsorship deals during the period where they are at their highest earning potential.

Consumers can expect to be bombarded by ads featuring Olympic stars this year that make no reference to the Olympics during Rio 2016.

This will potentially open up the field, but the official sponsors will be unperturbed as they focus their efforts in getting the maximum possible return on investment.

The value of an Olympic sponsorship is unquestionable as proved by Coca-Cola, the world’s most recognisable brand. It is the longest continuous sponsor of the Olympics and first became involved in 1928.

“It is a very long term investment for them,” says Hopkins, who works with Coca-Cola on its Olympics activity. “These are also sponsorships where if these brands relinquished them they would be snapped up immediately by competitors.”

The athletes are now limbering up for gold when Rio 2016 starts on 5 August, while off-field the sponsors and their rivals are preparing for just as fierce a competition. The starting pistol has been fired.