The return of print: A brave new world beckons, thanks to digital | M&M Global
Analysis
7th January 2016 by Ben Bold

Traditional print publishers are fighting a decade of readership and revenue decline with an emboldened attitude to international growth, writes Ben Bold. 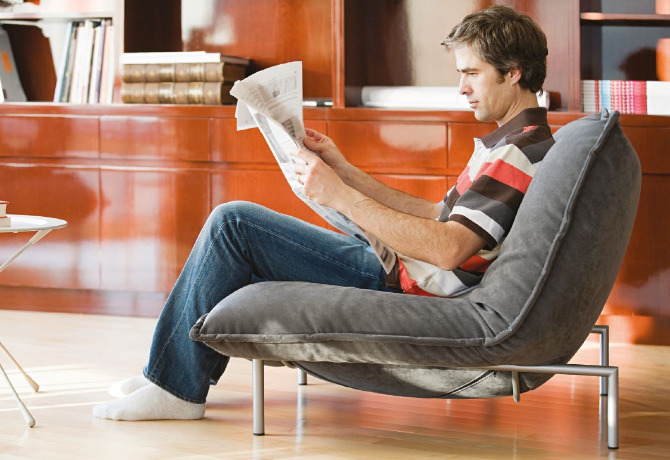 The past 10 years have been a tumultuous time for the globe’s publishing houses. Not only has digital’s ascendance disrupted marketing strategies once reliant on print and broadcast, seducing advertisers away from traditional media, but the collapse of the global economy in 2008 and its slow crawl towards recovery sent advertiser budgets plummeting, exacerbating an already painful situation.

“It’s been very tough for traditional media,” says Adam Freeman, ex-managing director of Bloomberg Media EMEA, and one-time Guardian News & Media commercial chief. “If you look at The Guardian, there’s been significant re-engineering and large-scale redundancies in order to invest in the digital future.”

Even The Economist, which recently changed ownership and has historically enjoyed a largely loyal subscriber base, felt the pain of transformation.

“The money we make from people paying to read The Economist made us a business for which ad revenues are incredibly high-margin,” explains Michael Brunt, its chief marketing officer and managing director of circulation.

“So we were less susceptible. As a circulation business, I bear the cost of print and distribution; the revenue brought in from print advertising was pure profit. But that really high-margin revenue stream declined rapidly.”

Paul Mikhailoff, Forbes’ sales director for Europe, explains that the business media brand kicked off a process of reinvention in 2010, focusing on “a new content creation, labour and advertising model”.

“It is the international publishers who recognise that the economics of old journalism are broken and that new business models need to be explored which are likely to remain profitable and continue to grow,” he says.

But not all publishers agree that the past decade has been ‘rotten’. Certainly not Katie Vanneck-Smith, chief customer officer and global managing director of News Corp-owned Dow Jones, which in turn owns The Wall Street Journal.

“The thing that has affected the publishing industry more is the business models that were turned on their heads because of an over-reliance on the advertising dollar,” she says. “It’s what happened with radio in the 1950s with the advent of TV.”

Traditional publishers have not become less relevant. On the contrary, she says, pointing out that her previous employer, The Times, had been largely unprofitable until the digital age.

“The demand for news has never been greater. It’s actually a golden age. The business model meant that advertising was the aspect of publishing that everyone looked to. The reason businesses struggled was that they have not adapted as quickly as they should have,” says Vanneck-Smith.

Freeman echoes her viewpoint. “I think pain is really important,” he says. “If you think about different businesses’ lifecycles, you either need a turnaround situation or an external impact to make people do things differently.”

A new cast of upstarts has since entered the global stage, doing things differently, taking on roles more in tune with the fast-moving, although arguably somewhat ephemeral, digital-dominated media landscape. The likes of VICE, BuzzFeed and The Huffington Post are often lauded for their innovative approach to publishing and ability to attract a millennial audience.

But Vanneck-Smith argues that some quarters are perhaps over-enamoured with the “shiny and new”, over-valued darlings of the analyst community, lauded for potential rather than actual earnings.

Nevertheless, BuzzFeed, VICE and their ilk teach some valuable lessons. “Publishers need to go where their audiences are,” says Freeman. “Look at BuzzFeed and its distribution strategy and it’s very active in the social platforms. Publish where the audiences are and tell stories cross-platform.

“Look at Bloomberg.com and it’s not like the FT. Over 35% of the traffic is now driven through some form of social platform. Before, we weren’t managing the social platform regionally, only from New York.”

For Vanneck-Smith (below), it’s the speed and experimental approach of the newcomers that can teach established players some valuable lessons. “Because they’ve got nothing to protect, it’s easy to innovate; there are no sacred cows to slaughter, whereas the traditional media brands have more at risk.” 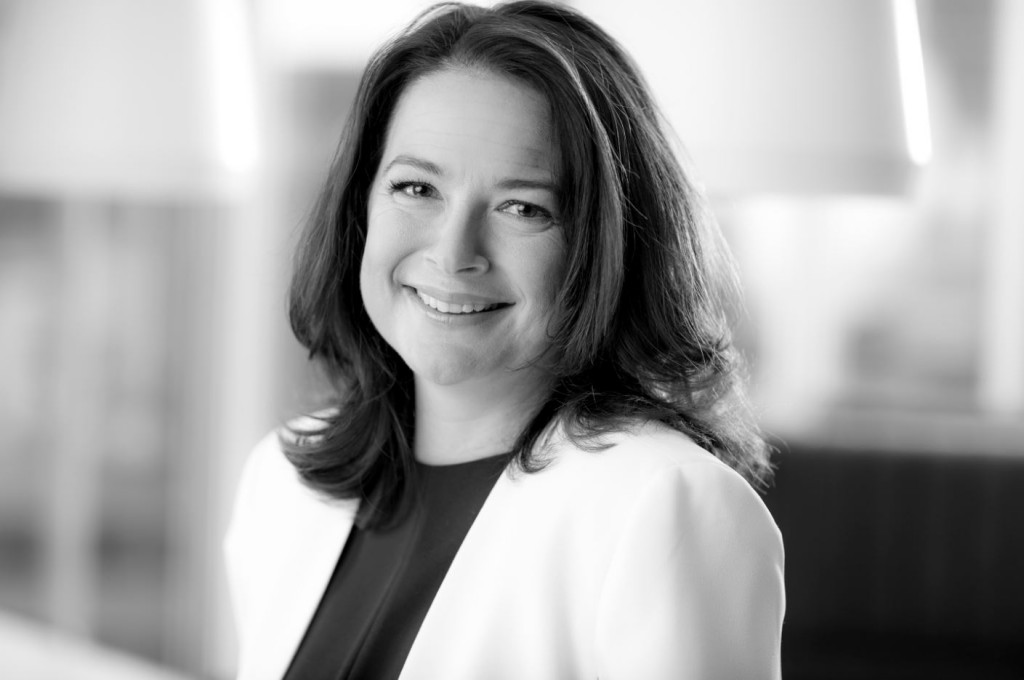 Publishers once defined by their adherence to traditional media have clearly embraced digital as a channel. But the pressure to continually innovate never lets up, in order to reach audiences, attract advertisers and protect margins.

Bloomberg, for example, has been involved in a series of innovations, launching its Bloomberg Business platform in the US and, more recently, Europe and Asia-Pacific, embracing digital video and broadening its ad-funded programming with advertisers such as UBS.

The Wall Street Journal has re-engineered its digital suite, updating the website to be “more mobile responsive”, with new iPad and iPhone apps on the way, according to Vanneck-Smith.

The Economist, meanwhile, is a strong advocate of the commercial potential offered by programmatic. “In digital, now it’s computers talking to computers,” explains Brunt. “We still do a lot of manually negotiated and bespoke digital campaigns, but most of my marketing spend is spent programmatically. We buy it ourselves, man our own desks and use agencies like Rocket Fuel. It’s a fast-growing part of our marketing budget,” he says.

But Vanneck-Smith is quick to point out that innovation needn’t be limited to digital and mobile. Recently, Dow Jones significantly improved The Wall Street Journal’s print product outside its US homeland, investing in much better paper stock and more tailored, relevant content.

“Even though growth is driven by digital and mobile, print is the best platform to market what we do,” she insists. “Every digital business wishes they could have a print product.”

Following the launch of Economist Films, Brunt cites plans to make more fi lm content freely available to partners, as well as more podcasts, audio and written content. “We’re in discussions with Apple, Facebook, Google, Facebook and Samsung, letting them know that we want to be partners and be generous with our content,” he says. But he adds a caveat: “Up to a point.”

Established international players understandably have a somewhat ambivalent attitude towards the likes of Google and Facebook, and Freeman shares Brunt’s wariness regarding the search and social media giants.

“There is definitely a ‘frenemy’-type relationship with those guys,” he says. “There’s no doubt they help publishers reach new audiences. But there’s also no doubt that they commercialise audiences and publish content to their benefit.”

Vanneck-Smith makes a similar point. “The Facebooks, Apples and Googles all understand the importance of news,” she says. “The thing to watch out for, and what the next debate should be around, is what they are doing within those companies. They’re appointing editors not to create, but to curate content.”

She is concerned about the pervasive notion that an individual hired at a tech giant is able to select what third-party journalism to carry. Especially as a lot of tech companies have a fondness for political correctness. “The whole point is that diversity of voice is important,” she adds.

“Too many international publishers failed to embrace digital early on, and they’ve paid the price”

Publishers in this new era clearly require the Googles, Yahoos and Facebooks to distribute their content and promote their brands to a global digital audience.

That said, the search and social companies equally need quality content to disseminate; and for all the talk of user-generated content, the onus is still on media owners to maintain high standards of editorial.

This is why many publishers’ expansionist aspirations are undeterred. The Economist, for instance, aims to tap into a prospective 130 million strong global audience. “We have really big ambitions to hugely grow our audience,” says Brunt. “Either through watching, listening or reading our content. Our weekly audience is around nine million a week. We want to more than triple that in five years.”

Forbes’ Mikhailoff, meanwhile, argues that continuing to evolve and expand is how media owners can win back lapsed advertisers: “Keep evolving their products to meet the demands of the marketplace, experiment and innovate. Too many international publishers failed to embrace digital early on, and they’ve paid the price. For some, change and innovation come easier than for others.”