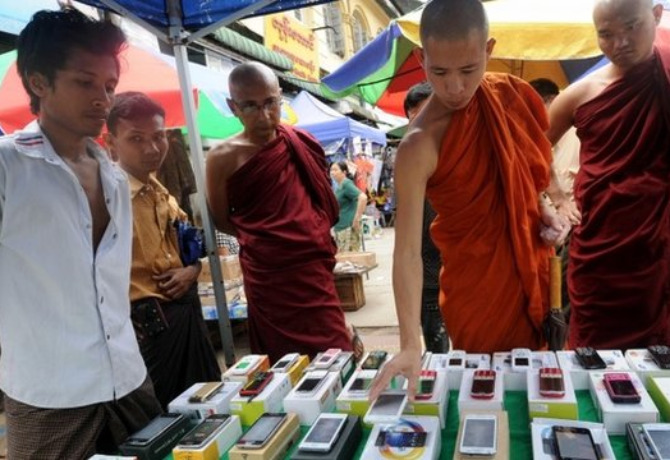 As the people of Myanmar begin to have greater interaction with the rest of the world through increased tourism and access to media and technology, attitudes and aspirations are starting to change.

However, there are many essential elements of Burmese culture that still make it a very distinct market.

In this very traditional society, the impact of two new telecoms providers, Telenor and Ooredoo, who joined a largely disconnected market 12 months ago, has been momentous.

SIM cards used to be a luxury item, costing as much as $2,000 in 2009 and $250 in 2013, but now there are in excess of 25 million cards worth just $1.50, making them readily available for the mass market. Almost half (46%) of those SIM cards are data-activated, giving many people in Myanmar their own personal connection to the internet for the first time.

Walking through the tier one cites in Myanmar, you will see people glued to their screens on public transport and browsing on their phones throughout the day, a huge shift from just a few years ago. With the general election around the corner on 8 November, it will be interesting to track the mobilisation of young adults on social media, as well as how parties use mobile to galvanise the population.

Beyond the metropolitan centres

Brands are not ubiquitous in Myanmar – Coca-Cola has only been on sale since 2013 – and much advertising has been focused on attracting those based in cities. However, this rapid mobile adoption gives brands a way to connect directly with consumers in Myanmar and many are now looking beyond the metropolitan centres of Yangon and Mandalay to more rural areas.

Big global players such as Unilever and Coca-Cola have already been using mobile marketing and social media channels to target less affluent consumers and ensure a broader reach across the country.

Buddhism is a way of life, with three-quarters worshipping daily and a similar proportion believing it is essential to follow tradition and established values in their everyday life.

Yet before brands consider trying to attract the nation’s young population using tried-and-tested Western methods – and it is a young population, with 56% of Burmese people under the age of 29 – there are cultural and religious considerations to keep in mind.

Buddhism is a way of life, with three-quarters worshipping daily and a similar proportion believing it is essential to follow tradition and established values in their everyday life. They have a strong moral compass, and until recently the views of the vast majority of young people differed very little from those of their parents. However, this is changing and will be a source of tension as young adults strike out to seek their own identity.

Successful brands will ingrain their products in the Burmese way of life and tailor their marketing strategies according to this new identity. For example, financial stability is now considered more important than personal health, and finding a prestigious job is a key motivation for young consumers.

As a country with higher literacy levels than some of its neighbours, education is also held in high regard. It is a growing priority for families with over a tenth of income being spent on it. This means that brands linking their products to education and aspiration will be appealing to the fledgling population.

Companies may look to the schoolhouse for budding future employees and to mobile for consumers in this exciting frontier market but they should not ignore the sensitivities and significance of the place of worship, the homestead and the teashop if their path to market is to be a smooth one.