As Britain heads to the polls tomorrow, the majority of ad-land is away at Cannes Lions. Mike Fletcher accepts the challenge to find anyone on the Côte d’Azur who has backed Brexit.

It started as a bet made in the Havas Cafe on the Croisette. Was every Brit in Cannes really voting to remain part of the European Union this Thursday? Or could I find someone who was ‘Out’ at Cannes Lions?

We’re led to believe that Brits working in media and advertising will be overwhelming voting to stick rather than twist on 23 June. After all, according to Sajid Javid, Britain’s secretary of state for business, innovation and skills, the UK is the centre for advertising in Europe so why would the industry want to cut itself adrift?

But what if the majority of Britain votes Brexit on Thursday? Will it really impoverish and diminish the country to such an extent that brands will pack-up their UK-based headquarters and leave?

In attempting to find someone, anyone, who is ‘Out’ in Cannes, I hoped I’d hear the counter argument for balance before this industry heads to the polls.

Rather unsurprisingly perhaps, the Havas Cafe wasn’t the ideal place to begin my search.

The French-owned agency is investing heavily in the UK and building what chief executive,Yannick Bolloré hopes, come Friday, can still technically be called its European headquarters in London’s King’s Cross.

Paul Frampton, chief executive of Havas Media Group in the UK and Ireland says: “I’ve not come across one person working in UK media and advertising who supports the Leave campaign but, then again, I’ve spent a lot of time in the US recently and I couldn’t find a single person who was a Trump supporter either. Both outcomes are very real possibilities.

“The very fact that we’re having this referendum has already had a small impact on our industry. Marketers have delayed decisions and uncertainty has crept in. A Brexit vote would mean a more prolonged period of pause while the country renegotiates its trade agreements so that’s bound to have a negative impact on media spend levels.”

For Dominique Delport, Havas Media Group’s global managing director whose wife is British, a vote for Remain would be a vote in support of Britain’s youth and their future ambitions to travel and expand businesses freely across Europe, in partnership with Europe.

He says: “When you have 70% of 18- to 25-year-olds wanting to stay part of the EU, how could a country say no to its youth? Yes, Europe needs more reform but in order to change the direction of travel, you need to be sitting in the driver’s seat or at least be in the same car.

“I believe that a vote to leave will make Britain’s young creative talent feel emotionally constrained. They don’t see borders, they see opportunities. They’re globalised and want the experiences that only being a part of a larger group of countries can offer.”

“I’m British but I currently live in LA so, although I had a vote, the postal registration system was too complicated so I just didn’t bother”

Heading out onto the Croisette and waking towards the Palais des Festivals, I put the question of how Britain’s youth will vote to 25-year-old agency creative Emily Brown who was heading to the conference.

She says: “I’m British but I currently live in LA so, although I had a vote, the postal registration system was too complicated so I just didn’t bother. In contrast, I know which way my dad will be voting on Thursday. He thinks we should get the hell out. So if the young are like me and don’t vote and the older generation all vote Leave, we could have a problem.”

She wasn’t the only person I came across in Cannes who complained how complicated the postal voting system was either.

With other major events such as Glastonbury and Euro 2016 taking place this week, and the possible need for Brits who have been living abroad for less than 15 years to counter-balance the way the older UK residents see our place in Europe, making it difficult to vote by post could impact turnout.

Glen Drury, chief commercial officer at Blippar, agrees when I mention this to him on the steps of the Palais, adding that at least some people in Cannes will have messed up their postal vote due to its complexities, which could result in a few votes not being counted.

He says: “Advertising is always pretty resilient in the face of an economic downturn but in my experience, uncertainty is never good for any business. Anything we can do therefore to curtail this period of uncertainty, we should do.”

With still no joy in finding a Brit who’s ‘Out’ and proud in Cannes, I head to the town’s Old Port and board the Mashallah yacht for an intimate audience with Universal Music Group’s artist Gary Barlow, hosted by C-Squared and M&M Global.

Here I meet Giles Ivy, managing director at Collective. “I can’t help you find someone supporting the Leave campaign but I’m returning to the UK to vote Remain because of environmental reasons,” he tells me. “The only way we can find sustainable solutions to protecting the future of our planet is by working together.”

Just before I have to head back to the Havas Cafe to admit defeat and pay my wager, there is just one Brit left to ask who could feasibly be ‘Out’ in Cannes.

After all, Gary Barlow did organise the Queen’s Diamond Jubilee concert and is recognised for his British patriotism. Could that national pride sway him to vote Leave on Thursday?

“There’s no way I’m answering that,” is his response. 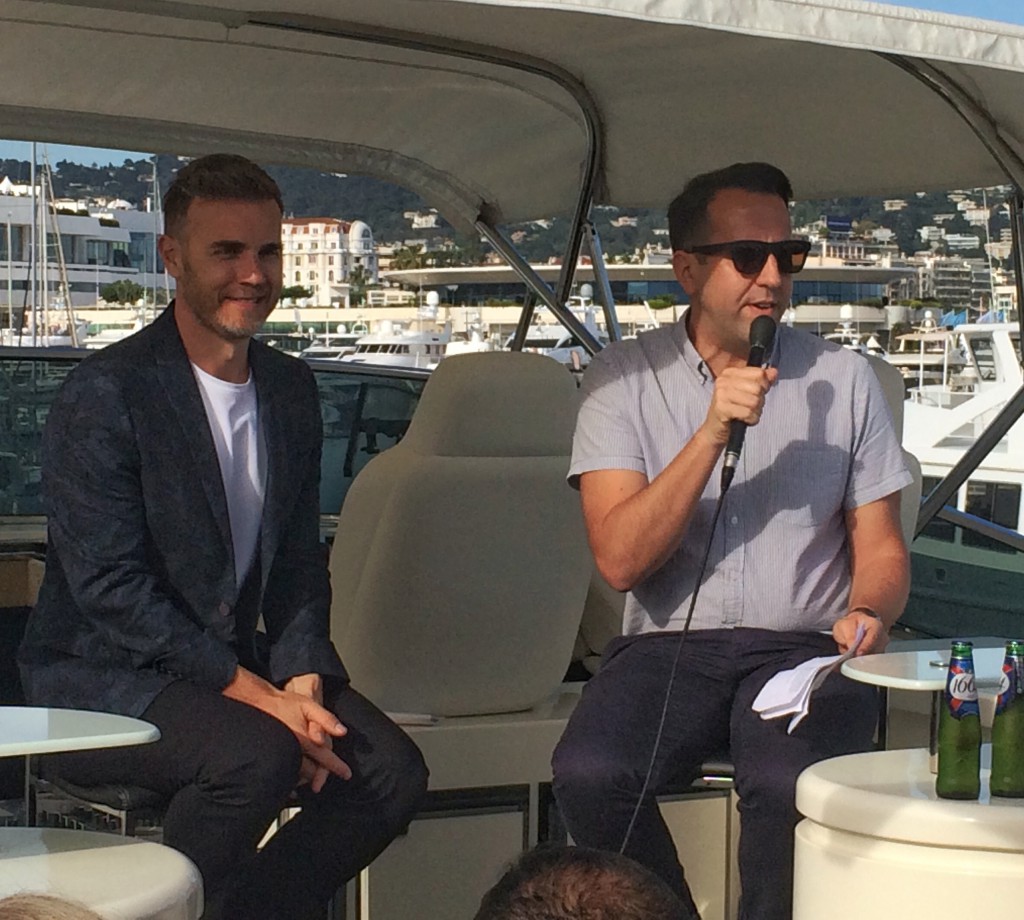