The Washington Post has announced it will launch a new daily edition on Snapchat Discover in the US, Canada and UK, making the company the first editorial partner to provide multiple news updates on the platform throughout the day, seven days a week. 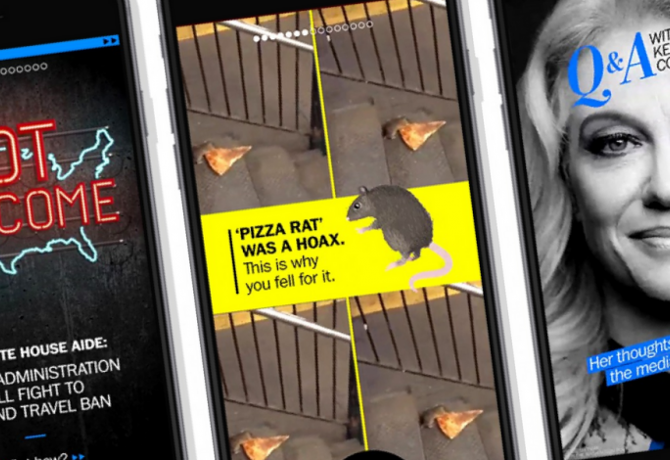 This follows the New York Times’ announcement that it plans to open a Discover channel on Snapchat in the coming months to attract a younger audience.

The Post, which is owned by Amazon boss Jeff Bezos, intends to allow readers behind the scenes using fast, visual and experiential storytelling on breaking news, political stories and analysis. The first edition will include a feature on Trump’s “travel ban” as well as content around a viral artist alleged to be behind the famous ‘pizza rat’ video.

“We’re excited to be the most up-to-date news source on Discover, publishing important and interesting content that Snapchatters can engage with,” said Post managing director Emilio Garcia-Ruiz. “As we invest more in the platform, we look forward to growing an even larger audience.”

“With news breaking out of Washington at a faster pace than ever, we’re thrilled that Snapchatters will now have access to The Washington Post’s expansive political coverage through multiple news updates daily,” said Snap Inc vice president of content Nick Bell.

In January, Snap set up non-US headquarters in its existing London-based UK office.