Marketers are at last investing in digital advertising at scale, inspired by the effectiveness of campaigns in other parts of the world as well as at home. James Galpin, head of digital and media for LatAm at Kantar Millward Brown, explains. 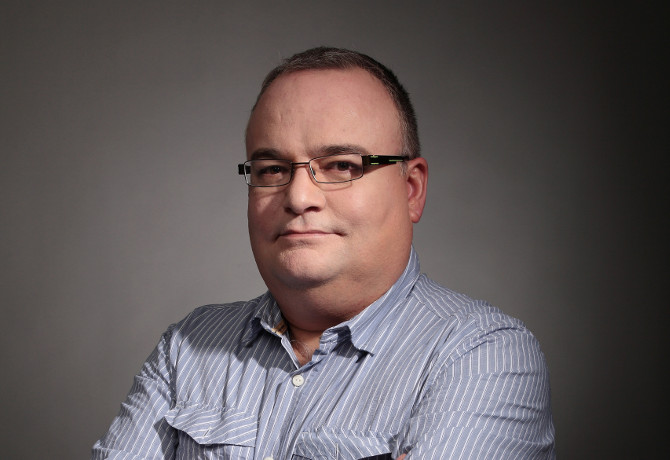 It’s easy to clump Latin America together as if it were a single homogenous entity. The truth is, this is a region that covers markets that are culturally and economically diverse.

If they do have something in common, however, it’s the fact that collectively the region’s marketers have – until recently – been relatively slow to move into the digital space.

Although there have always been digital pioneer brands across the region, such as BBVA Continental bank in Peru and Alto Las Condes mall in Chile, many advertisers in LatAm have been unwilling to commit a major proportion of their marketing budgets to digital media, especially when compared to their peers around the world.

Finally, there are strong signs that the digital advertising revolution is gathering pace in this part of the world.

We probably shouldn’t be too harsh given the socio-economic challenges across the region. However, internet penetration is well above the global average and higher than Africa, Asia and the Middle East. And many new internet users are also going online for the first time via mobile.

LatAm advertisers and brands have lagged behind consumers and have been cautious about committing advertising investment to digital media. But they are now chasing hard after their key target audiences and following them into digital channels and content.

In recent years, digital´s share of total media spend has been low compared to the rest of the world, nearly 20 percentage points behind the global average with TV much more dominant in this region. The last few years, however, have seen a significant increase with digital nearly doubling from 6.3% share in 2014 to a forecast of 12% in 2017.

“LatAm advertisers have, in general, been a fairly conservative group. They have mostly preferred the safety of the media that they know and trust”

There are local factors that have held digital back. Latin American advertising is dominated by TV, which has an incredibly high share of media investment across the region. This region remains the most TV centric region of all globally, and has been for a long time.

It’s true, too, that LatAm advertisers have, in general, been a fairly conservative group. They have mostly preferred the safety of the media that they know and trust rather than experimenting and taking risks in new and unfamiliar channels.

Advancements have perhaps also been held back by the slow development of internet infrastructure across the region. Both fixed line and mobile internet services have not always been reliable and speeds have been on the slow side. This has inhibited the growth of online video content and advertising in particular, an especially important area for traditionally TV-centric marketers.

What’s tipped the balance is partly the success that brands have had by moving into digital in other parts of the world. Latin American marketers are beginning to open up to the opportunities digital provides. The growth of online video and improved technology infrastructure also now presents new opportunities for marketers.

Perhaps as importantly, there is a growing body of evidence that clearly demonstrates the efficiency and impact of digital advertising in all its forms across the region.

Kantar Millward Brown’s CrossMedia studies, which focus on measuring the impact that multi-media campaigns have on brand performance have consistently found that digital’s ROI on brand performance is extremely high. In fact, we have found that currently digital ROI is even better in LatAm than it is across the rest of the world. 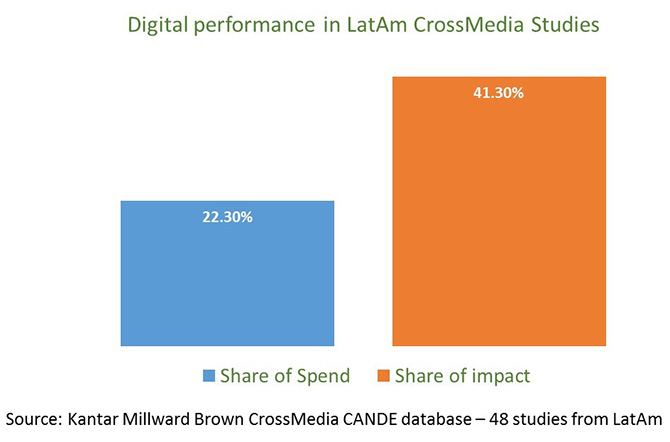 This may partly reflect the quality of campaigns now coming out of the region but it also reflects the very competitive pricing of digital inventory in the region, especially when compared to TV.

This evidence of success from LatAm markets has concentrated minds and encouraged marketers to look at digital as a key component in their marketing and media investment strategies.

The result has been an ongoing boom in digital advertising.

The Festival of Media LatAm 2016 gets under way at Miami’s Turnberry Isle this week – follow M&M Global for all the latest news and views.