British celebrity chef Jamie Oliver has called on brands to play a greater part in combating obesity, especially among children. 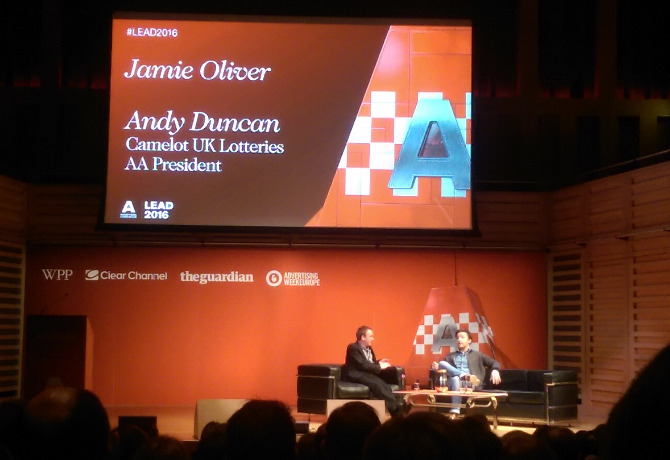 He described his journey from anti-obesity “activist” to recent discussions with Coca-Cola, PepsiCo and Mars CEOs at this year’s Davos summit.

Having long campaigned for nutritional improvements to British school dinners, Oliver addressed the rising calls for taxes on sugary and fatty foods and drinks, as well as restrictions on the advertising of such products.

On the improvements made by companies like Coca-Cola and McDonald’s in portion size and sugar levels, Oliver said: “They’ve got their rhetoric down, but I want more […] If McDonald’s wanted to make salad cool, it could. If I wanted to, I couldn’t. This industry could do more than many.”

He praised the sustainability work of FMCG firm Unilever and its chief marketing and communications officer Keith Weed, stating: “At Unilever, [you have] one man with a great team. [Weed has had to address], ‘how do I clean this business up, and futureproof it, and have that discussion with my board about lower profits for the last seven years?’”

And the TV personality revealed he is aiming to bring together a coalition of wealthy partners to put together a multi-million dollar sponsorship of the 2020 Tokyo Olympic Games, as a means of promoting healthy living.

“The [food and drinks] industry has been hiding behind sport for the last 30 years; they took over our Olympics,” said Oliver. “I tried to do incredible things for the British [London 2012] Olympics, but I was squashed.

“A month ago I went to see 200 billionaires, I want to create a brand that sponsors the Olympics in Japan. Imaging a horrible carrot next to all those sponsors. It is our biggest broadcast stage.”