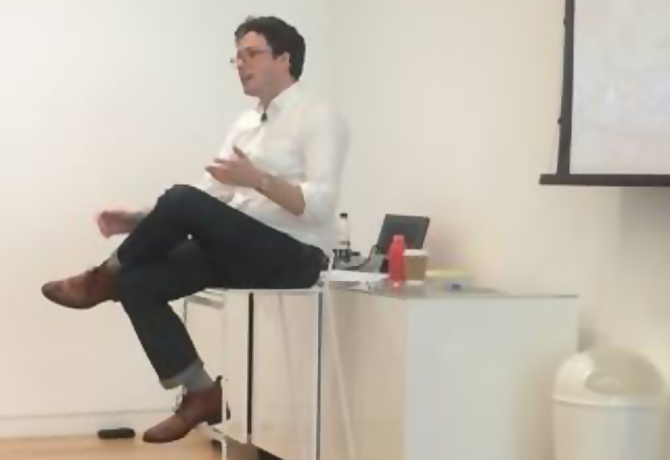 Levin discussed the transport app’s new aim to cut congestion and pollution by putting more people into fewer cars, being conscious of the future of mobility.

“It’s easy to demonise the car,” he continued, “the problem isn’t the car, but how it’s used.”

On average, cars sit idle for 96% of the time, with the US boasting eight times as many parking spaces as vehicles – comprising almost a fifth of some cities.

According to Levin, Uber’s initial mission statement went along the lines of “wouldn’t it be cool if you could push a button and get a car ride?” However, over time the company has observed the real impact car sharing can have.

In the UK, the recent launch of the night tube has demonstrated how Uber complements public transport. The ambition to decrease the number of cars on the road has been boosted by services like uberPool, the development of self-driving vehicles and partnerships with transit authorities.

“We need to get people used to the idea of leaving their car at home and starting car-sharing journeys,” he continued, reinforcing the importance of choice over coercion.

“We need to get much better at telling this story and that’s exactly why I’m here today.”