At a breakfast event to discuss Collective’s 2016 UK Online Video Advertising Market Report, experts revealed that market spend is up despite less money being allocated to the traditional pre-roll format. 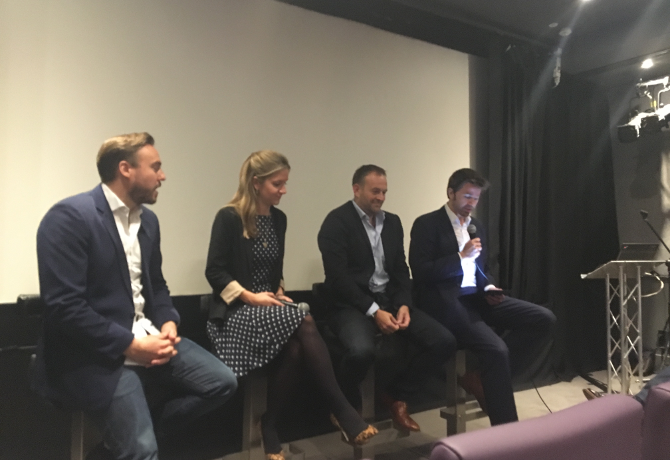 The report, by programmatic digital brand advertising company Collective, found that, of more than 100 key video buyers across 30 top media agencies surveyed, over 40% of their video budgets are being allocated to formats beyond pre-roll, with advertisers and buyers straying towards buying more varied video solutions like YouTube and social channels.

Nearly three-quarters (73%) of digital media buyers claim to be responsible for both display and video formats, with 41% of budgets being spent on video formats aside from pre-roll. The average video budget was down from £76,000 to £66,000 since 2015, with 70% of buyers investing more than a quarter of that into programmatic video.

Maxus’ Freddie Turner felt that while the concept of video hasn’t changed, what has changed is how consumers consume the video, a change which they have led. ”Ultimately, video is still video.”

Time Inc now sees itself as a “content company, not a publisher” as it has had to adapt to producing for multiplatform according to commercial development director Dominic Perkins, who stressed the importance of native format going forward.

While 48% of respondents said that content alignment was the most important factor for online video, 54% of buyers said that under a quarter of their campaigns feature bespoke digital creative.

O2 brand creative and media Dane Hamer discussed the “deeply personal relationship” people develop with their device which “as advertisers, we interrupt”.

“We’re not really welcome so we have to be smarter with how we use that borrowed time,” he said.

Hamer discussed that it has taken a long time to tailor and “traditionalise” the TV process since the first televised advert as opposed to the 10 years of digital video, in which learning has been very rapid.

The panel discussed the importance and hardship of metrics, with 52% of media buyers currently placing an emphasis on VTR as the key measurement for success and 27% of buyers state that proof of effectiveness is the biggest barrier to market growth.

“So much more need to be done to encourage a universal metric,” commented Turner, discussing the relative flaws of different measurements. “Just because someone watched an ad, doesn’t mean it played to the right person at the right time.”

Another point of discussion was the transfer of power from creative agencies to “data people” with regard to originating new creative. “Cost consultants don’t like [commissioning advertising concepts based in] South Africa any more, for some reason!” said Hamer.

“As advertisers take advantage of an increasing number of video solutions outside of the traditional pre-roll market, the responsibility for who buys online video has also changed,” said Collective commercial director Simon Stone.

“Video budgets are increasingly being allocated from TV to digital teams. We have seen a shift in the market since launching both our native and YouTube video products in the last year. There has also been a huge increase in the number of display campaigns that include video assets.”