A panel of global experts chaired by IAB’s Randy Rothernberg gathered at Dmexco 2016 to discuss how they effectively identify and handle data dynamics and how they create value through data. 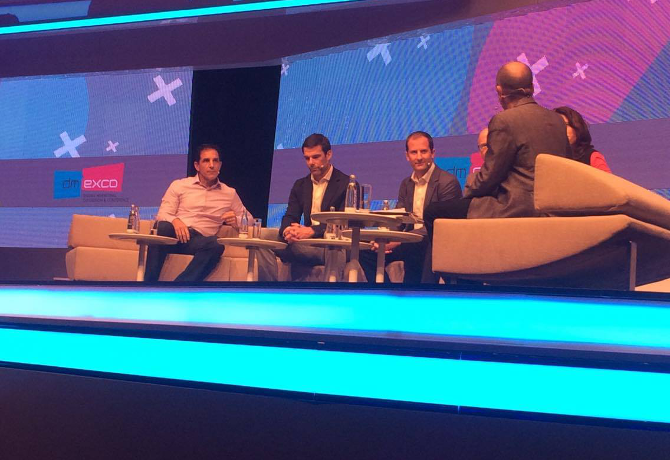 Yahoo’s chief revenue officer Lisa Utzschneider opened by discussing that with consumers on their mobile more than four hours a day, it’s more important than ever to leverage data so marketers can make more meaningful connections with consumers, to help developers build and promote better apps.

“It’s win-win-win for marketers, developers and consumers,” she said.

IBM’s chief digital officer Bob Lord questioned whether data is something new, explaining how his 105 year old organisation had a very strong legacy in data collection and usage, with the company moving towards cognition and “dark data” – aka video and unstructured data with assets that can’t be accessed.

Lord felt marketers are confused by what data sets to use and how they apply to each other, and a way forward was to take dark data and combine it with other data to get previously unseen insights.

Acxiom International’s Warren Jenson stressed the importance of people and personalised experience to ad tech and technology, and using information to connect advertisers, publishers and agencies, whilst using data to create better personalised experiences. He continued that he did not believe in device IDs: “For us, it’s about people recognition and connecting people.”

The digital economy is changing everything, according to Carat’s global CEO Will Swayne, from the way people are transacting to the ways companies engage and reach customers. “Behind each digital engagement is a data point and behind each data point is a person,” he added, stressing the importance of following people through different ecosystems to create a seamless consumer journey.

Shazam is a 15 year-old smartphone app that predates smartphones. Chief revenue officer Greg Glenday discussed that the data it has gathered over the years is the most interesting part of the business. “Everyone using it is having the same kind of experience, so there’s a level playing field for data,” he added.

The beauty of Shazam is that it allows tastemakers to predict apps – if people with wide musical tastes Shazam the same song, it’s likely to be a hit.

Lord commented that the prediction of when a song will trend offered by Shazam allows it to be inserted into lots more advertising and content, making the marketers’ job easier.

“The ability to predict value and leverage first party real-time data across multiple different signals” was important to Utzschneider, who discussed work with Tumblr and the Boots brand, leveraging data and creating meaningful connections.

Jenson then talked about building up people-based recognition expertise over time. “We build everything by design help everybody any place navigate the ecosystem to their advantage,” he said, to which Swayne added that people “get more valuable insight by bringing things together”.

“We have to get to a point where we’re delivering value based advertising with actionable insights, if we don’t have actionable insights we have nothing,” said Lord. “A banner ad is an html format for god’s sake, do something creative with it.”

Lord added that, for him, it is less about tools and more about insight, and that he is seeing a lot more interactive experiences going on.

Utzschneider felt it was eye-opening that companies were running the same ad on TV as online, assuming it wouldn’t translate to desktop or mobile, commenting on how TV ads are more about subtlety and telling a story, whereas mobile audiences can’t afford the time so the message has to be overt and respectful of the consumer’s time.

Lord felt that, with this in mind, the onus is on creative agencies to create 400 assets instead of four: “The data insights brands can get from partners are enormous to figure out product development, brands need to step up and take ownership of that.”

Glenday felt the model was broken as, following a big deal agreement with advertisers, the companies still let banner ads attack their audience, to which Utzschneider countered that it is about weighing up goals and what success looks like.

Rothernberg concluded that if the audience took one message from the panel, it was to “use consumer data sensitively to close the crap factor”.