Verizon plans to bring together AOL and Yahoo together under the name of Oath, as announced by head of AOL Tim Armstrong on Twitter. 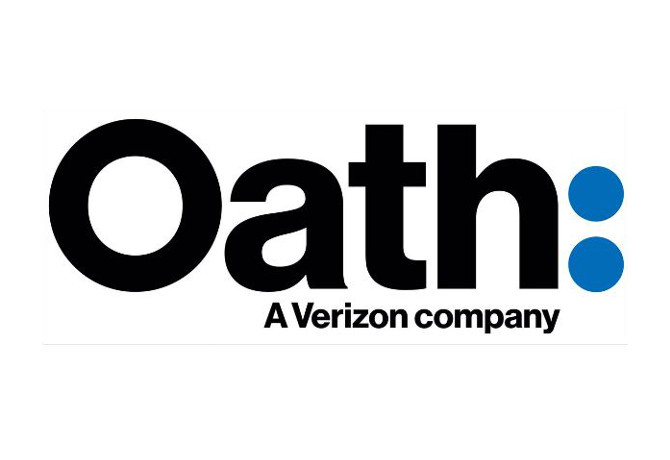 Oath will be created following the conclusion of a $4.48bn deal to buy Yahoo’s internet assets, expected by the end of June. However, Yahoo, AOL, The Huffington Post and other brands will also continue to exist and operate under their own names, under the Oath umbrella.

In an email to stakeholders, AOL chief marketing officer Allie Kline said the company had planned to reveal the new name this summer.

“Oath is our house of 25-plus media and technology brands. Once Yahoo is in the mix, our brands will reach more than a billion people around the world,” she said.

“We chose this company name because when we give you our oath, we mean it. It’s the most human commitment we can make to you. We’ll put people and brands – ours and yours – first, always. So, like the colon in our new logo suggests, there’s more to come. Game on. Summer 2017.” 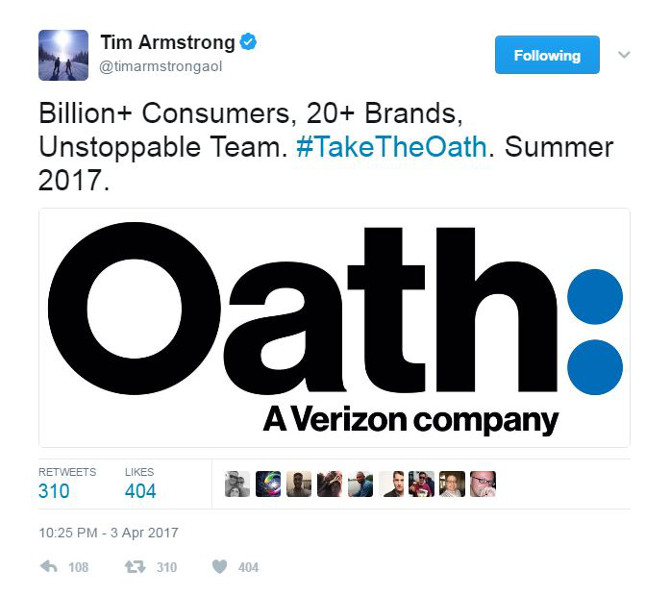 The new brand has been met with some confusion and disdain, with AOL-owned TechCrunch summing up the sense of scepticism with its headline ‘Yahoo + AOL = Oath, for some reason’.

“One thing we’re very focused on with the integration with Yahoo, and really with our own company, is that you can have the scale we’re going to have – which is well over a billion users globally – but simplicity is really important,” he says.