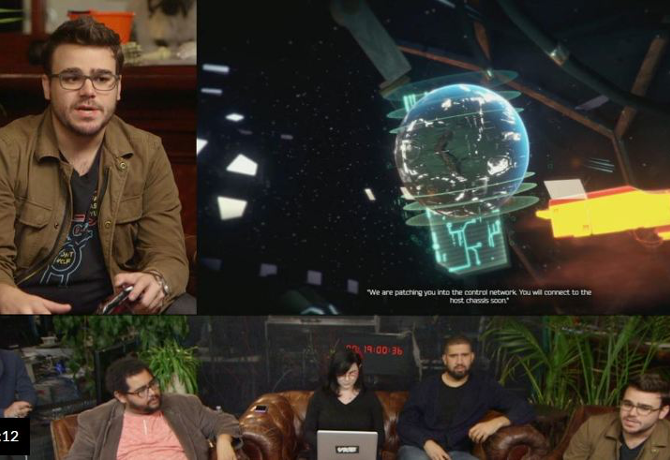 The channel has launched globally in English and aims to be an “immersive dive into the culture, passion and politics of gaming”.

Streaming content will be presented side-by-side with editorial content including in-depth profiles, dedicated columnists, daily editorial features and a long-form and short-form documentary series that will look behind-the-scenes at popular games, the people who play them, and the teams of developers that make them.

“There are a ton of destinations within gaming media that do a great job covering whether a game is worth your money,” said Waypoint editor in chief Austin Walker. “Players looking for that coverage are well served.

“Instead, we want to focus on telling stories about why people play, and investigating how the games we love and spend so much time with come to be. Whether a game was a commercial success or has a small, dedicated community, we want to raise the conversation and take an in-depth look at the passion, people, and politics that underpin these worlds.”

Waypoint will be built around player interaction through the Twitch social video platform, with regular live streams hosted by editors and writers. Every Monday and Friday, Waypoint will stream the recording of a podcast live on Twitch answering questions, with the editors hosting extended sessions on a game on Wednesday.

The launch weekend saw special guests from across Viceland’s roster playing 72 games in 72 hours in a stream sponsored by Carl’s Jr, with Waypoint staff creating live commercials between games.

“A big priority for us was to expand beyond the reach of a traditional website by experimenting and having fun in new, different mediums,” said Waypoint publisher Joel Fowler. “By partnering with Twitch, developing regular podcasts, and testing out new video formats, the Waypoint team will be approachable and acknowledge our audience as our peers.”

Vice UK games editor Mike Driver will step into the role of senior editor for the channel in London.