The demise of Vine is sad, but shows how hard it is to build a community of users, argues Dan Calladine, head of media futures at Carat Global. 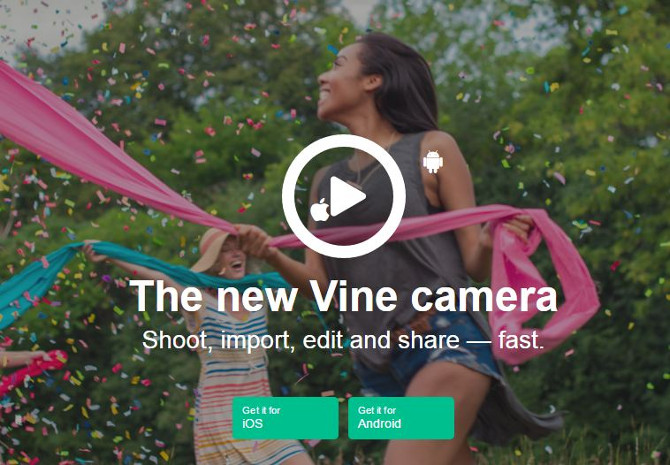 Today is the last day that users of Vine can download their old six-second films from the site, Vine.co, as the app becomes a camera app, with no associated network.

Vine was initially released almost exactly four years ago, on 24 January 2013, and for a while was THE hot thing.  It had been bought by Twitter prior to it even being released, and was a perfect fit for Jack Dorsey’s network – just as Tweets had to be short and to the point, a six-second video meant that your films had to be all killer, no filler.

Vine was hugely influential in the tech and creative space, with zillions of articles being written about how six seconds was the perfect length for appealing to millennials and so on. It was one of the original mobile-first video apps to really break through – no one remembers Viddy, which had a brief moment in the sun in 2012 – and to-date has had more than 50 million downloads on the Android store alone.

Vine was perfect for people who were really creative both in vision and execution, and through its integration with parent company Twitter, there were soon plenty of engaging short films flying around.

Vine celebrities like Zach King, who used skilful editing to perform ridiculous magic tricks, started to get offers from companies to make films for them in the same style. Vine suited lots of purposes, for example quick ‘explainer’ videos where brands could share tips about their services. Lots of brands, like the DIY chain Lowe’s and NatWest made good use of this.

Vine was also its own network, where you could spend minutes or even hours looking through the top films and films from people that you followed. It is this network that will essentially disappear once Twitter shuts down the Vine app. People will still be able to make short films with the new Vine Camera app, but they will need to be saved on the phone, or shared directly on Twitter.

Lessons from the demise

Several things led to the demise of Vine, and I think strong lessons come from this.

Firstly, it was brilliant for people with the creativity, imagination and patience to create really good films, but it was pretty hard to use for the rest of us.

Just as Instagram and Snapchat are really simple to use (once you get the hang of them), Vine never was, really. The creators also set the bar very high, so making your own felt a bit dispiriting. Building tech like Vine and Instagram is comparatively easy; building a loyal and engaged network of users is a lot harder.

Secondly, Instagram added video. Instagram had already been going since 2010, and had been bought by Facebook in 2012, and it was the ‘photo enhancing’ app, just as Vine was the ‘short video’ app. However, Instagram realised that its community of users was strong, and would probably use it to make short videos if the option was there, so added it less than six months after Vine launched.

A lot of people have talked about how apps were becoming ‘single shot’ and would only do one thing, but actually Instagram and Snapchat showed that adding new features to already strong apps was a better approach. Instagram’s own Boomerang app, which makes short videos that go back and forward, is also single shot, and has only reached over 10 million downloads on Android – not bad, but nowhere near as good as if it were a feature of Instagram.

Thirdly, gifs. Gifs are now allowed within Twitter, Facebook and messaging apps, and allow people to put short videos into their posts, really easily. You don’t need to make the gifs (although you can, quite easily), but you can find lots of ones from films, TV shows, pop videos and more that can sum up a feeling better than a static picture can.

I’d expect Vine Camera to retain its hardcore users. Comments in app stores suggest that some will really miss Vine, and Vine Camera will still have the features without the network. Brands will continue to use short videos – for explaining product features for example – but these won’t need to be Vines anymore.

The demise of Vine as a stand-alone community is sad, but it shows how fast content is moving now, and how hard it is to build a community of users.