Festival of Media Global this year celebrates its tenth anniversary – and it is asking former delegates to nominate which former keynote speaker they would like to see return to the stage in Rome. 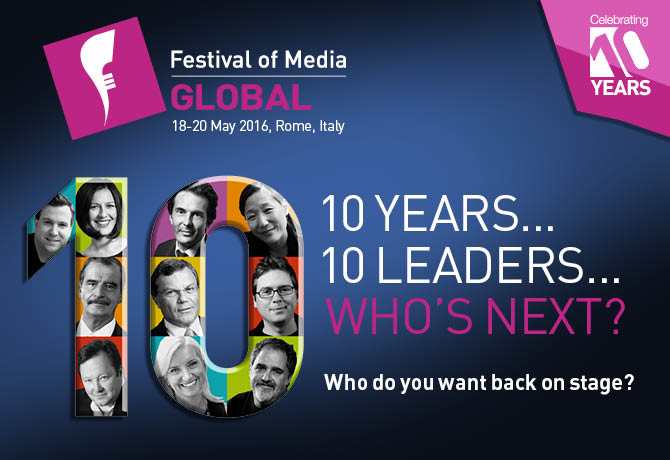 Previous Festival of Media Global speakers have included WPP’s Sir Martin Sorrell, Twitter co-founder Biz Stone, Academy Award-winning Hollywood producer Jon Landau and Havas boss Yannick Bollore. Who would you like to see return when this year’s event takes place in Rome from 18 to 20 May?

To have your say – and for a chance to win an Apple Watch Sport – just nominate your favourite speaker below, or click here.

Festival of Media is owned by C Squared, the parent company of M&M Global.