Patricia Lopez, head of Mobext UK, reports back from Mobile World Congress 2017 on the key takeaways from Barcelona. 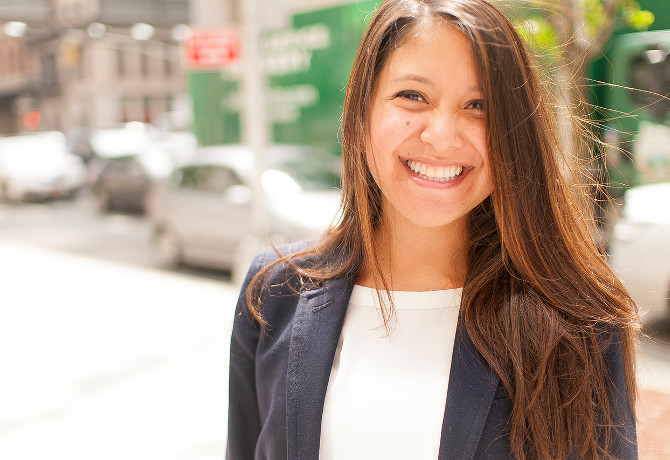 Now more than 15 years old, Mobile World Congress (MWC) has grown beyond all recognition from that first event way back in 2001 when it was known as the 3GSM World Congress.

If you haven’t been recently, you would be staggered by how enormous it has become. With an estimated 12.5% of Barcelona’s population alone attending MWC17, and attendee figures now topping 110,000, the sheer size of the exhibition space means you can easily end up walking 15km in a day. Which, in a world where apps like Uber and Deliveroo mean you don’t have to lift a finger – or a foot – in your day-to-day life, may come as a shock to some.

This is why I found it so ironic that the overall trend coming out of MWC17 seems to be that of convenience. Everything I saw made it clear that the future is all about how to make a mobile phone user’s life easier.

So what was hot, what was not, and where should you be putting your money in 2017 and beyond?

No shock here but almost every stand in the consumer electronics section had a VR component. I got to try the Vive set which has amazing resolution in comparison to other sets out there. What is great about them is that they are not making the use of VR exclusive to any platform and are integrated with the steam store so users can easily find games suited for VR.

People have long held doubts about VR taking off, but, after talking to manufacturers and people involved in content production for VR, it is clear it represents a big opportunity. Like much of the tech out there at the moment, it’s simply a matter of time.  Once there is more content being made, and headsets are more accessible, things will start to take off big time.

What does it mean for marketers? In what is still an untapped market, there remains a huge opportunity to create immersive experiences for consumers using Virtual Reality.

It’s also no surprise that AI and chatbots were big news at MWC17. AI was integrated in a variety of different ways, from how voice assistants are working, to how IBM Watson created an art installation based on the social sentiment about MWC, to bot communications.

A big section of the App Planet hall was messaging companies, SMS providers, bots, and the like. One company had a video messaging platform that allowed participating brands visibility of their customers. An example was a car insurance company that could use the platform to see a car’s mechanical fault when the client broke down mid-journey.

“Consumers are expecting more from products than just a website, and brands need to be quick to react to consumer’s needs”

What does it mean for marketers? The message is coming through loud and clear that companies need to make it easy for consumers to reach them. Advertising is set to become voice- and message-driven, and brands need to think of the consumer first. How can brands be more approachable and human to them?

Brands need to enable consumers to reach them to help solve problems or to deliver services. Consumers are expecting more from products than just a website, and brands need to be quick to react to consumer’s needs. Messaging and chatbots are a great way to do this.

Apps: Too much of a good thing?

In App Planet, which was more media-focused than other areas, there was untold levels of clutter and it was difficult to understand exactly what each company’s value proposition or unique differentiator was. The pitches were all very fluffy with unimaginative claims, such as, “We help drive quality audiences.”

It was overwhelming to try to decipher if there was anything cool and new, or if it was just the standard run-of-the-mill claims. It reemphasises the fact that there is a big role to play for clients to sort through the clutter and identify what is actually a strong product. It also shows how important mobile advertising has become, that it takes up such a big place in the halls. With so many suppliers offering mobile-first solutions, it’s more and more important to see what is best.

What does it mean for marketers? Really get to know what’s out there – listen to trusted experts and don’t be sucked in by the latest shiny toy. Examine the market and explore who’s doing it well – and who isn’t.

Connected devices and voice were also prevalent. Many stands had Internet of Things (IOT) components but also showed the ‘tech’ side of IOT, examining what powers connectivity, processes data points, and so on. I got to see Samsung’s voice assistant that has a camera and facial recognition AND can detect emotions.

While wearable tech was all anyone was talking about a couple of years ago, there was very little to be said around this at MWC this year, despite the fact that stats from CES suggest it will be a huge feature of mobile in the not too distant future. I saw a few cool smaller stands in which a transparent, almost invisible wearable stuck to your skin and tracked the wearer’s health metrics such as heart rate and quality of oxygen, but I’m still not sure how comfortable I feel with that.

What does it mean for marketers? As everything in our lives becomes more connected, from watches and TVs to fridges and central heating, a wealth of data becomes available to marketers. There’s a fine line between leveraging this data and being ‘creepy’, but the truth is the data will be there and it can be harnessed to be more relevant than ever.

Conspicuous by their absence

Typically MWC is about phones and carriers, and leads to anticipated launches of new models. This year there was almost no noise on that front. Shining through among all the new gadgets and cutting edge technology was Nokia, which announced the return of the old 3310, which not only has a 30-day battery life, but which will revive the ultimate mobile phone game: snake.

LG launched the G6, Huawei showcased a phone with facial recognition capabilities that only takes pictures when a user smiles, and I tried out ZTE’s camera that takes great 3D pictures. All good fun, but nothing that will reinvent the media.

There was much talk about 5G but the consensus is very much that it’s a way off yet; that is expected to be the key talking point at MWC20.

“People have been questioning whether there is any need for a dedicated mobile event going forward, as mobile becomes ever more mainstream”

What does it mean for marketers? Handsets are becoming more sophisticated, smarter, and more efficient. It means that we can tap further into the functionalities of the phone to deliver unique mobile-first creative, such as leveraging 3D. As phones can process more data, we can tap into that further to the benefit of brands.

As with all these mega conferences, the event itself is a metaphor for life: if you can battle through the clutter and engage in real terms with what’s really interesting and exciting, you’ll come away a winner.

People have been questioning whether there is any need for a dedicated mobile event going forward, as mobile becomes ever more mainstream and integrated. But I disagree with this school of thought. The bottom line is that brands have a lot of work to do to really make the best of the new technologies that are emerging.

If successful, they – and crucially the consumer – will reap the benefits.