Graham Moysey, head of AOL International, looks at rapid growth of mobile and video in Asia and why brands need to think consumer-first when it comes to media consumption. 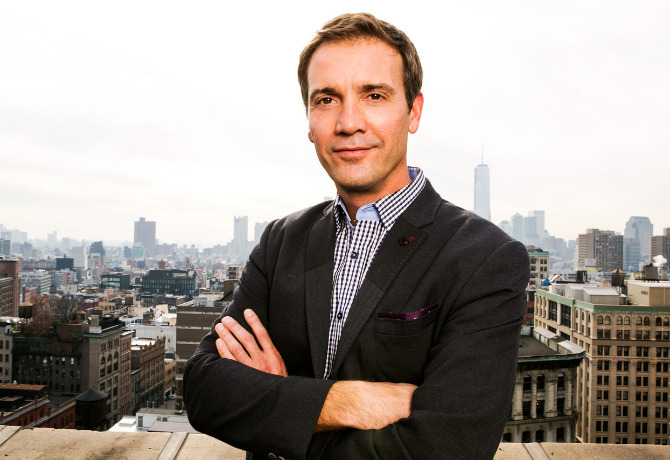 As a company that wants to grow its audience to two billion people by 2020, a goal that’s been talked about many times by our CEO Tim Armstrong, AOL is continually evolving to be become an increasingly global business in everything it does.

Part of that responsibility falls with me personally. As head of International, I oversee AOL’s operations in some 21 global markets, which I try to visit each one of at least once in a year.

Recently, I’ve just returned from a whistle stop tour of Asia, taking in Tokyo and Singapore to visit my colleagues and our clients in the region, whilst AOL has been out in force at the first ever Ad Week Asia this month.

Having been inspired my trip – and indeed M&M Global’s own Festival of Media Asia at the end of Q1 – I wanted to take some time to share with you all just why Asia is such an important region for the media industry.

Growth driven by mobile and video

The digital advertising market in Asia-Pacific is large and booming, expected to hit $80 billion next year according to eMarketer’s recent Digital Ad Spending Asia-Pacific report. To put that in perspective, that’s double the size of Western Europe, Canada, and LatAm combined, and about 40% of total digital advertising worldwide. Astonishingly it’s growing at about 20% YoY, which makes it the fastest growing region in the world.

What’s driving that growth? Well, with almost four billion people, APAC has more than half of the world’s population. Currently about one-third of Asian consumers are active internet users, but that’s a number that’s increasing every day.

“In China, the share of time spent on mobile phones has already surpassed that on desktop”

Mobile in particular is vital to this growth – which will surprise no one I’m sure. It’s often the first entry point to the internet, and continues to grow in APAC much faster and with greater size than the rest of the world. There are about 3.8 billion mobile connections in APAC according to Ericsson’s Mobile Connection Growth 2013 – 2019 report, and that’s growing significantly each year. In China, the share of time spent on mobile phones has already surpassed that on desktop. There is no doubt that the supply of a large and engaging consumer audience is there.

Similarly, video is erupting. In Asia there are three times the number of videos watched online than the number of search queries (InternetLiveStats Q1, 2015). This is astounding, considering a video takes on average 15 seconds and a search query takes one second.

Indeed, our own recent State of the Video Industry report for Southeast Asia found that the region is also experiencing a rapid increase in the use of mobile video. In 2015, most publishers said their video sales had increased, with over a quarter saying sales were up by more than 25%. The medium faces some challenges however, with buyers indicating demographic targeting, cross-device campaigns and attribution were issues facing mobile advertising.

In today’s consumer-driven world, it’s not enough to invest marketing budgets into a single strategy. To stay relevant, advertisers need to diversify their portfolios to include a variety of media, content and tactics. In Asia, consumers are telling brands it’s all about mobile and video.

This increased connectivity between the different parts of Asian consumers’ lives, with mobile at its core, will start to give brands a much more holistic view of their audience. It will mean we no longer target consumers by buying ‘off-the-shelf’ audiences, but that every brand audience will be fully bespoke. Combine video and more connected devices and we have the perfect marriage in the busy cities of Asia where a lot of time is spent away from the home.

I can’t wait to see where the future of media in Asia will take us as an industry. One thing I do know for certain, it’ll be four billion consumers that shape that future.