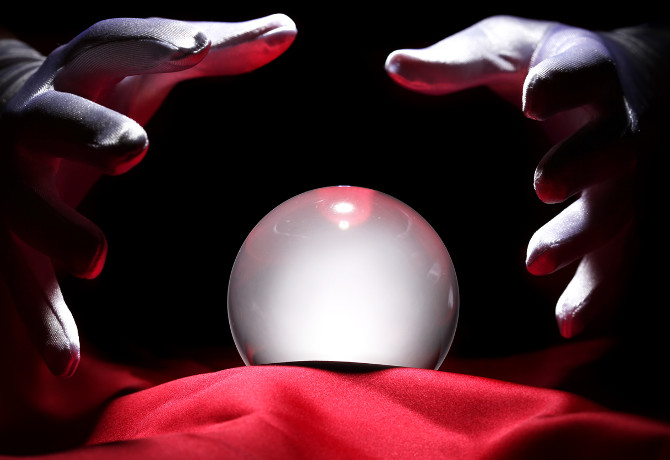 As anyone with more than a passing interest in world events will know, 2016 proved that the business of forecasting is more difficult than ever given the speed and complexity of change that we all live and operate in.

That said, Bill Gates’ famous assertion remains relevant: people over-estimate the amount of technological change that will take place in two years, but significantly under-estimate how far we will move in 10.

All of the highlights that we call out below should therefore be regarded as ongoing trends and factors, which we believe will increase in coverage, significance and share of thought in 2017.

The renaissance of audio

Voice services will get smarter, easier and more intuitive. There are more than six million Amazon Echos, Google Homes and similar devices in American homes. A fifth of Google App searches are voice initiated, and many financial institutions are using voice recognition as a means of security and customer validation. Further, as these platforms shift from 95% to 99% accuracy, they continue to shift from novelty to utility.

Meanwhile Amazon has recently open-sourced its voice and chat AI to developers. Podcasts and streaming music are gaining more share of mobile time. With wireless headphones and connected cars, leaving one’s smartphone in its pocket will become more commonplace. Adventurous advertisers will increasingly be crafting brand experiences and transacting via audio and vocal interaction.

Connectivity divides the global population. Those with Internet services are rich; those without are disadvantaged. We will see competition between the global platforms intensify as they capture new users in developing markets through products, apps and services designed specifically to consume little data.

The spoils are large given the scale of the potential audiences available. Facebook’s Free Basics is just over a year old, and Google recently released a wave of new products in India, with its population of 1.3b billion. These included YouTube Go, which is ‘offline first’, Hindi Search, and free Wi-Fi at railway stations. Expect to see many more from both global and local players in 2017 as the race to own the consumer relationship heats up.

Fake vs real content will become a leading advertising issue

Countless examples of fake content exist in all languages in both the East and West. Co-ordination of much of it appears to be systemised, state sponsored. Depressingly, fake news is often more prone to viral distribution than factual content.

The populace will become more aware that what they’re reading may well have no foundation, and the distribution platforms such as Google, Facebook and Twitter will have to take further action to remove the rubbish. Advertisers and agencies will increasingly focus on authentic content pages and environments.

Whilst this won’t lead to a swing back from audience based targeting to contextual, it’s already become an additional filter that’s required when managing brand safety. Several brand safety partners in the US are near to releasing real time Fake News filters – helping shield marketers from this growing issue.

We expect to see more online influencers courted by marketers and traditional media broadcasters. Several social media stars have recently secured multi-million dollar contracts with major networks, which are looking to refresh their products and content.

The model remains unproven though. Grace Helbig’s TV show on E! was ground breaking yet short-lived, although she remains very popular online. Trans star Hari Nef was plucked from Instagram, and secured a small but recurring role in Transgender on Amazon Prime.  YouTube hero Casey Neistat has been drafted to CNN, but will his online audience follow him and will his style translate to the cable news channel?

The story of telcos aiming to move up the advertising value chain isn’t a new one. However, the significant M&A activity that took place this year means that 2017 could be when we see their ambition become more of a reality.

Verizon will bolster its data/content/advertising business with the forthcoming addition of Yahoo, and will evolve its integrated portfolio proposition substantially in the coming months. Meanwhile the planned AT&T acquisition of Time Warner looks like it could be another compelling convergence of connectivity and content at scale.

And in Asia, SingTel – an already well established telco/advertising company, has made aggressive investments in India and Thailand. Between them we expect the telcos to start to take a much greater share of digital media investment in 2017 and beyond.

And finally, given the several un-forecasted events of 2016 we expect…

Trump in the US, Brexit in the UK, and Fillon in France all proved that listening to what people say is not necessarily a reliable guide to what they will actually do in reality.

Whilst the political polling experts retire for some introspection in 2017, we expect the advertising industry to place a greater emphasis on actual behavioural signals. These are most often collected online, and with the means to proxy them into meaningful and increasingly reliable indicators of other behaviours.

Wishing everyone a fun and successful 2017.