Location: Global with headquarters in London

Is he a rocket scientist? Funny you should say that…Fergus is a scientist, an entrepreneur, and a film addict. He is a self taught coder, a skill he learnt in the early days of the internet in order to win web design contracts that helped pay his way through a Biochemistry degree. He then co-founded the “Greatest show on snow”, Snowbombing and student tour operator Outgoing. Following this, he spent time working in one of the UK’s most deprived areas with a remit to inspire and encourage enterprise in the region. Fergus comes from a family of film-makers, reaching back to the beginning of film. He spent three years surfing the West Coast of Portugal before founding Wooshii from a laptop and is Wooshii’s CEO, now based in London.

Who are you major backers? Thousands of happy customers, ranging from SMEs, startups as well as large brands. And on the other side of the marketplace, we have 10,000 dedicated, talented and loyal video-makers with whom we collaborate.

What do they say? “For anyone looking at new ways of producing high quality video content at the lowest possible cost, Wooshii is the way to go. Check it out – there is nothing to lose, only to win with Wooshii.” Hannes Neunhaeuserer, eBay.

What does this mean? We found a solution that makes video production affordable, scalable and easy, and one that clients are addicted to.

What makes your company different to its competitors? Wooshii is a video marketplace that connects people who need video with people who make video. It has solved the biggest challenges of video production. Traditionally, video has been expensive, time consuming, unscalable and painful to make. Something needed to change. The solution was simple – provide a hub where all video freelancers could gather and where everyone who needs video could meet them. Wooshii is like having the biggest production company attached to your company, to use whenever, wherever.  With a huge pool of talent to choose from. We have more animators than Pixar. Go at any scale, when you need to, at a price you set.

How could your company change the world? Wooshii was born from a belief that video production should be accessible to everyone. Our belief is that no-one should ever let a good story go untold.

Who do you compete with? No-one has exactly the same proposition as us but there are other online marketplaces out there such as Smartshoot and So Media.

Who should be worried? Companies who think they absolutely don’t need online video. Video is one of the best mediums to communicate and emotionally engage with audiences and the growth numbers speak for themselves.

If you could choose any investor globally who would it be? In terms of individuals – Chris Sacca, Jason Calcanis or Tim Ferris – amazing connections and great thinking. In terms of institutions, Benchmark, Google or DFJ.

If you could poach any member of staff from any company in the world who would it be? Jon Stewart, former host of the Daily Show. He’s pragmatic, humane, fiercely smart, successful, wise and possesses an alternative view. He uses his talent for comedy for a higher purpose that goes beyond comedy. 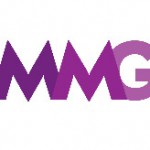