Advertising Week Europe featured a host presentations and discussions, including an intentionally provocative three-way debate between content, data and tech – hosted by Yahoo UK managing director Nigel Clarkson – in which only one could be crowned the victor. 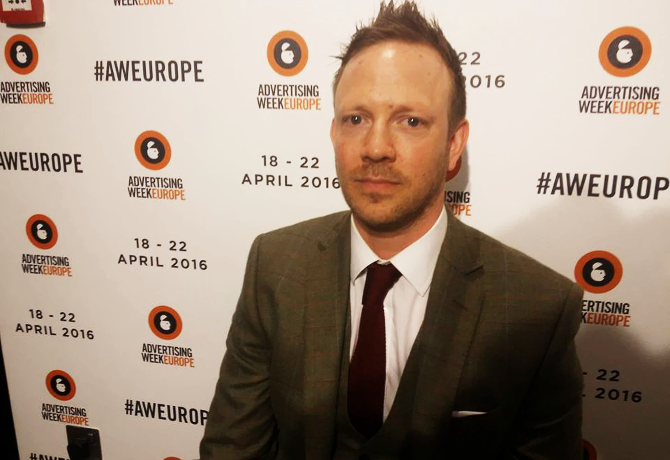 “I was surprised that content didn’t win, because ultimately people still like to talk about the story,” says Clarkson. “The John Lewis ads employ data and employ tech, but isn’t it remembered probably more because of the story?”

Clarkson feels that, as a business, media relies entirely on data. While media agencies are beginning to get involved in content creation and branded content, the reality is that the tools under media’s control are data and tech.

“Data and tech are relatively interchangeable,” adds Clarkson. “There is no right answer and there doesn’t need to be.”

“We should be discussing real issues here, maybe some harder issues like privacy and ad blocking in a more aggressive way where we actually try to lead a change in behaviour rather than everyone saying ‘well, that was nice’ then going back to their day job,” he adds. “It feels like you have to be here to be part of the discussion.”

The Yahoo discussion at the moment revolves around staff cuts and rumoured bids from Verizon, Daily Mail, Time Inc. and Google. However, according to Clarkson, the company’s “big message is that it’s business as usual”.

Clarkson feels that Yahoo CEO Marissa Meyer has been very clear in expressing that there is a process underway, and that if people are interested they need to come forward and make an offer, or step away.

“Who knows what the next few months will bring, and if the next few months bring a decision, that could still take months to create,” he adds. “The reality is that we’re a business that generates $5bn in revenue a year and we’re touching over a billion customers. We’re one of only three businesses in the world that has access to a billion customers or more, so we’re just going to keep going. That’s all that you can do.

“If somebody buys us or if we choose to stay as a business, we’re doing it because we’re a business that generates a lot of money and we have some great touch points for customers.”

Looking at mobile, Clarkson points out that, in-keeping with Facebook and Google’s very public push, Yahoo’s earnings call from 2015 announced more than $1bn of ad revenue going into the area, with native also receiving a boost.

“We have an overarching focus of our business on what [Mayer] calls MaVeNS – mobile, video, native and social – so all of those four areas are really key development areas for us,” says Clarkson.

“I’ve also noticed a lot of whether you want to call it Mad Men vs Math Men, art vs science, storytelling vs data,” he adds.

“We used to talk about the separation of church and state as a creative agency versus media agency thing and I almost think that media agencies themselves are in danger of breaking up even further among generalist media planners and buyers about the content and the story and what channels.”

When it comes to channel execution, Clarkson observes there are countless potential partners for advertisers to work with, from DSPs to DMPs, that clients can now lose themselves in technology and jargon – almost unnecessarily so because it’s just a delivery mechanism.

“It gets down to the point where the agency will brief the individual buyers and then you get a five grand brief for video, and a brief here and a brief there,” he explains. “It almost feels like the danger with digital is you lose sight of the whole journey of the campaign.”

Borne out of data

Clarkson thinks it’s really about planning and execution: “The story of Yahoo was really borne out of data. We have a lot of consumer facing products, we have mail, we have search, we have the content business, we have Flickr – all of those different businesses give us a clear view of customers.”

He feels problems can arise when selling audience data to clients, because hundreds of different people on the agency side, on the tech side and on the data side become involved in the process.

“I don’t really know what the answer is, unless the answer is you need to start cutting off the long tail a bit more and go for scaled partners, or you make sure that the guys at execution have been involved in the whole process from the beginning,” he concludes.

“We do a lot of things and one of the challenges people have with Yahoo is that people want to put companies in a box. Are you data, tech, DSP, DMP? We do all of them, we’re everything.”

Clarkson feels that one of the big advantages of Yahoo is that the company does many things differently.

However, Yahoo has to be able to specialise as well. “On the execution level it becomes a really specialist conversation,” Clarkson says. “We have to make sure we have specialists talking to specialists.”

Another challenge that Clarkson is aware of is that, having drifted apart and come back together, a void is again opening between traditional planners and buyers.

“Those buyers are also kind of running data, programmatic, investment and trading and the planners are understanding the story and the channels, but when it gets down to execution they just kind of stop,” Clarkson says.