The current furor over ad blocking in the advertising industry raises an interesting question. What might advertisers do when all digital ads are blocked? Across the next two posts by Millward Brown’s Sue Elms and Nigel Hollis, they look at several scenarios that could result from such a ‘Doomsday’ event, and see what lessons we can learn. 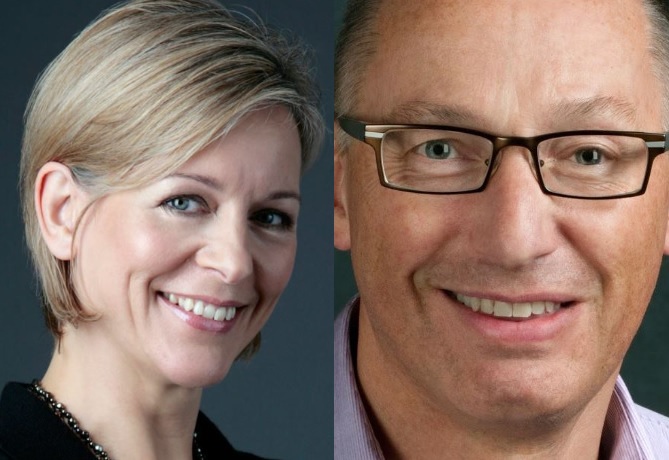 Audience receptivity is the oxygen that keeps our digital ad economy thriving. Advertisers want to reach an attentive audience. Publishers want to monetize their viewers. Media agencies and ad services want to connect the two.

But consumers are getting fed up of the volume and intrusiveness of digital advertising, and increasingly turning to ad blocking software providers. Globally, the number of people using ad blocking software rose by 41% between Q2 2014 and Q2 2015, according to the PageFair and Adobe 2015 Ad Blocking Report. The oxygen supply is being choked off.

Scenario A: Less is more

In this scenario common sense prevails. Publishers and advertisers break the cycle of shouting louder and aggressive targeting, with the primary objective of ‘volume control’.

They come to an agreement – either tacit or formal – to limit the amount of advertising. They reach agreement on what are acceptable formats, quantities and targeting techniques. Publishers all apply the rules and, if even they don’t, advertisers won’t buy the bad stuff that makes ad blockers attractive.

Publishers put more control in the hands of consumers, offering options for ‘Ad-Lite’ or ‘Ad-Free’ versions of their sites at a reasonable fee. Advertisers follow suit. All video ads are skippable, but the first five seconds are crafted to be engaging, enjoyable and memorable – and so take the edge off people’s irritation at the unwelcome intermission.

The ads are more like those we see on Facebook and Twitter today, with targeting based on personal interests, brand/category interests and relevant editorial content. According to our AdReaction study, this approach elicits a far more positive response than targeting driven by search and browsing history or social media profile.

Publishers and advertisers take the lead in addressing the issue of receptivity, with more sophisticated ad targeting based on brand relationships and instant consumer feedback to guide retargeting.

The outcome for consumers is a less cluttered and more reciprocal ‘give and take’ experience of ads online, while a more implicit ‘native’ experience feels quieter and less aggressive. The need for ad blocking software simply fades away.

It is worth paying the higher prices because the impact of the advertising improves; for the first time since the dawn of digital click-through rates increase instead of decreasing.

If consumers feel less bombarded, and the ads they see feel a more seamless part of the experience, they’ll be less inclined to go to the extra effort to block.

However, if publishers and advertisers don’t act fast they may reach a tipping point and be left negotiating consumer access rights with a burgeoning industry of ad blocking services; more and more of these services will appear, with mobile carriers already getting in on the act by starting to block advertising on their networks.

In this scenario it could be the ad blockers that end up holding the reins, playing a key role in creating and facilitating an acceptable targeting framework with consumers in the driving seat. Users will be empowered to give or restrict permission to be targeted, adding the publishers and advertisers whose content and ads deserve their attention to their ad blocker ‘whitelist’.

The ad blocking services might turn out to be ‘digital Robin Hoods’ – or no more than self-appointed, bribe-able policemen. Negotiations could be ferocious, whilst publishers fight on several fronts to beat the blockers – technologically, legally and via a battle for consumers’ hearts and minds.

Once the dust settles, we may find a happy place where everyone operates in the fresh air of a spam free, annoyance free and permissioned environment.

But publishers and advertisers will have ceded control to the middle men who will be making a pretty penny for their cut of the deal. Advertising costs could rise sharply – higher than in our previous scenario – meaning that revenues will be reduced for publishers.

Smaller brands and publishers that rely on web advertising to build their business may be squeezed out of being able to effectively compete with the big guys with the muscle to survive this scenario. How do they break through when no one knows to add them to their whitelist? They will need to shift emphasis to alternative tactics such as content, non-paid social media and email marketing.

With consumers complaining about invasions of privacy, and the squeezing out of entrepreneurial SMEs that are so vital to our economies, is it too great a stretch to imagine governments stepping in to regulate the infighting digital industry as they do for TV? What might they do, how far might they go and what might that mean?

You’ll have to wait until next time to find out…

Will the consumer uprising against intrusive ads ultimately be the wake-up call the industry needs or the beginning of the end? What do you think?