From Beliebers to Swifties to Hinchers, armies of fandoms have popped up all over the music and social spheres. And as the world of social media becomes increasingly influencer-led, brands have been quick to follow the masses by ploughing huge budgets into making it into “the inner circle”. But as with all brand connections, these communities seek authenticity, relevance and exclusivity.

According to the recent ‘The Influencer Marketing’ research report from Business Insider Intelligence, the influencer marketing industry is on track to be worth up to $15 billion by 2022, up from as much as $8 billion in 2019 (based on Mediakix data).

That same report cites data from Influencer Marketing Hub, highlighting that Instagram is the top choice for brands, with nearly four in five (79%) using the Facebook-owned social platform compared with Facebook (46%), YouTube (36%), Twitter (36%) and LinkedIn (12%).

In the ‘Best Influencer Campaign’ from the Festival of Media LatAm Awards 2019, shortlisted entries spread from Argentina to Uruguay to Mexico to Dominican Republic and the US, suggesting that the use of influencers in marketing campaigns is becoming a popular means of communication for engaging consumers across the LatAm region as a whole.

The category was dominated by the FMCG and perfumes category [see also – Festival Intelligence: Sweet-scented content for the digital age] with an unlikely challenger from the broadcasting world swooping in to pick up the Gold trophy in this category [see Colour Vision entry as highlighted here in Festival Intelligence: Keeping up traditions with a modern twist in LatAm which used traditional TV media to make a real impact with viewers].

As we dig a little deeper into the other entries, there is a strong focus on digital as the main media platform for their influencer campaigns. Partnering with stars from the worlds of TV and music allowed these brands to connect with their younger target consumers on a deeper, more emotional level.

Advocacy is a common word used for entries in this category – both in terms of the celebrity influencer’s endorsement of the brand but also in recruiting their army of fans to the brand as well. And when done well, it can really work.

With the rise of social media, and the resulting diminishing barriers that no longer seem to exist between fans and their celebrity idols, the social networks of influencers are extremely valuable to brands. These communities have a strong sense of belonging and a collective social identity anchored on each celebrities’ persona, so for brands to becoming part of that community, they need to engage in the most real and authentic ways.

With influencer campaigns, and for music artists in particular, there is a strong requirement for ‘exclusive content’ which keeps their fans hooked on knowing they are getting something in the social space that they won’t get elsewhere. The entries show that brands can become a part of this – but the connection needs to be genuine.

“It’s been amazing – [I’ve seen] a lot of inspiring work, a lot of amazing ideas that represent our region,” said Alejandro Gershberg, Marketing Director for Corona Mexico, and a judge at this year’s Festival of Media LatAm Awards 2019.

Influencers are popping up everywhere in the social sphere – from traditional celebrities to Instagram influencers, YouTube vloggers and more. If brands want to break through and engage with their fan communities, it must be done so in the most authentic and relevant way and offer them something of value, to avoid any risk of rejection from their passionate and loyal followers.

We put the spotlight on two Festival of Media LatAm Awards 2019 winning entries, which highlight this trend: 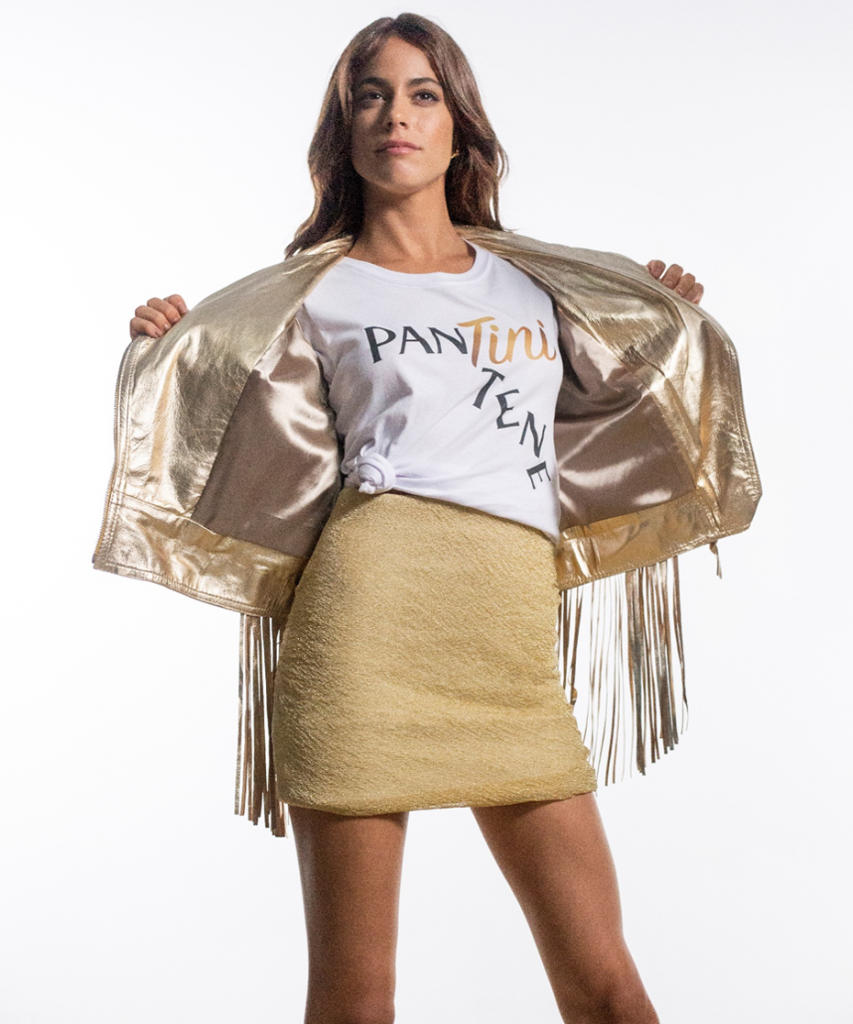 Tini Stoessel is one of the biggest rising stars in LA, currently facing a WOW transformation journey transitioning from being a teenager Disney star into a one of the hottest new singers in LA… so there’s a huge opportunity to walk the talk together into this massive stage in her career. Sky is the limit. What would happen if you merge the biggest Hair Care Brand in LA with the Hottest Rising Star in LA? MediaCom created a new alter-ego #PANTINI by merging Pantene with Tini to drive brand association and talkability. This also aims to seed the ground and ensure correct linkage for the up-coming campaigns which will be also endorsed by Tini.

It wanted to leverage on the power of the ambassador fandom “Tinistas” to turn them into Pantene lovers and ignite this movement behind exclusive access to PANTINI-related content and help transition Tini to be the next LA Star, brining Pantene’s transformation purpose to life in a consumer-relevant way. The agency designed a pull-based eco-system grounded on Social media platforms with exclusive assets and content partnerships.

Content is the King, but Context is the Queen: It boosted #Pantini relevancy by placing it on Tini’s context: Music. To kick-off, Tini announced this new partnership on her social media and took-over Pantene exiting platforms. The agency created an exclusive #Pantini emoji on twitter, Masthead on YouTube, Live Broadcast & Chat with consumers on Instagram, Special #Pantini packaging intervention, Exclusive #Pantini Playlist on Spotify with her new hits and favourite Tini’s song, plus had an exclusive pre-roll on the release of her new song “Consejos de Amor”. 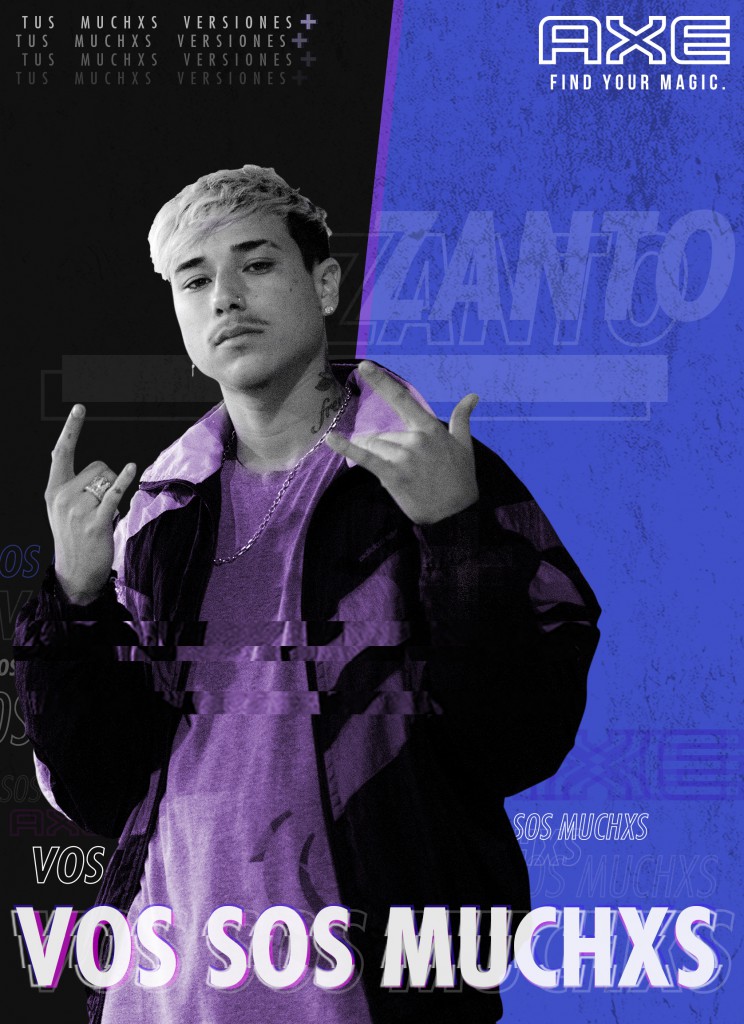 Axe was always a brand linked to music, however, it needed to make a strategic turnaround if it wanted to seduce this generation of teenagers. How does it generate connection with relevant content using their own language and cultural codes? From the deep understanding of the things that move them, their musical preferences and the way they consume the media; the agency defined that it needed an ally that was a genuine role model: that is why it decided to partner with one of the most popular trap musicians in the country: Zanto. In Uruguay, the trap phenomenon was just starting, so the brand could take over this resource and empower. This genre comes from rap music, respecting the need of these young people to express themselves, tell their experiences, loaded with insights and that same expression is the one that made us detect how relevant it was for Axe, to get into this area with a calm message, from the real understanding of the situation that the target is going through.

The association with Zanto allowed the brand to have the proper credentials to speak to this audience in the codes they are immersed in and through a legitimate voice and YouTube, which is the key communication channel for them, since they stay hours consuming videos on this platform. Just like music became an emblematic territory for the brand’s communication, gaming, photography and fashion were other key territories in which it had to explore. Zanto created an exclusive song for the brand, inspired by the purpose of Axe and under the philosophy of “Find you Magic”, and this is how “Curadx” was born. A theme whose purpose is to tell this generation that it is OK to have many identities, change, adapt to the circumstances, and never stop being authentic. The song was accompanied by a video clip where influencers from other disciplines participated with the aim of making the proposal as diverse for the target as possible. Under the claim “Vos sos muchxs, Axe también” we worked for the first local campaign that considered YouTube as the main social network, understanding that it is the natural platform of these young people to consume content.

For the launch of the video clip, the premiere on YouTube was announced, where fans left real-time emotions that the video generated. Hours before the premiere there was also a takeover of Axe’s Instagram where Zanto took control and answered questions from his fans. The campaign was also communicated in traditional media, but there the messages were adapted and designed for each of those channels. As complementary actions, the song was sent to the radio stations related to the target to broadcast the theme as part of their musical programming. In addition, the artist made a press conference in a number of related digital radio shows, trap concerts were sponsored and the theme was presented live within his show with a brand activation and a live audience.