Brands must be prepared to place themselves in a position of provoking disagreement among consumers, according to Maxus UK’s technology lead. 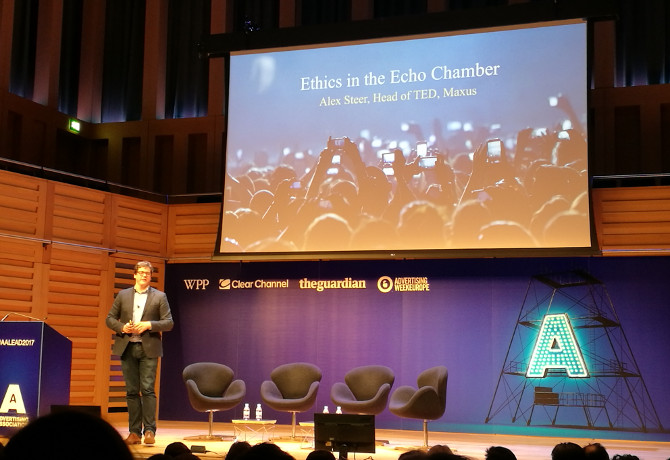 The rise of media “echo chambers” and the danger they pose to brands was a major theme at today’s (26 January) LEAD 2017 conference in London, organised by the UK’s Advertising Association.

Maxus UK’s head of technology, effectiveness and data Alex Steer said advertisers seeking to become part of the “national conversation” and “change minds en masse” are suffered from the decline of “coffee machine moments”, due to the rise of personalised digital communications.

He argued that marketers in search of growth must be ready to enter “debating chambers”, rather than solely interacting with sympathetic audiences, with too much advertising today “reflecting ourselves back at us”.

“Fundamentally it is about the job of advertising to change people’s minds, and you can’t do that if everyone agrees with you. That means as advertisers we’ve got to be comfortable with the concept of debate,” he said.

On the topic of privacy, Steer insisted the media industry is going a “pretty good job” of handling data, despite criticism from external and internal sources, and that most advertisers have the best of intentions.

“If anything, we are a little hard on ourselves,” he added. “The way we use data today starts from a pretty good place. None of us want to be the next Yahoo, the brand whose reputation and sales take a hit.”