Forbes Media is to begin allowing advertisers to target digital content campaigns at tailored audiences, including segmentation by geography, company and job title. 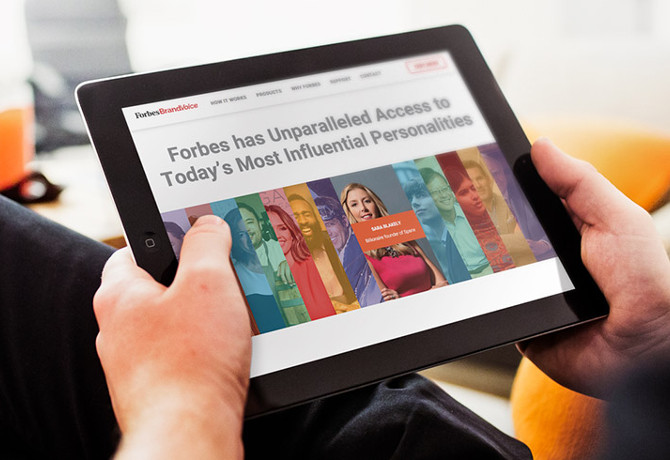 Forbes claims to be the first international publisher to connect its content management system (CMS) to an ad server, allowing BrandVoice content – made by the brand or by Forbes’ own in-house studio – to be aimed at clearly defined audiences.

Brands can select the ideal target audience from factors such as employer, geography, job function and purchase behaviour, and that content will only be promoted to those individuals – although it can still be discovered organically by other Forbes readers.

“We heard that loud and clear, so our product team built a system that now connects our CMS, where all BrandVoice content is published, to the ad server. We can use what we know about that audience or person to surface content from the right BrandVoice partner,” said Howard.

Beta testing occurred in the fourth quarter of 2016, with a “well-known enterprise technology company” looking to reach business people in the UK and Germany.

Howard claims that the trial was a “runaway success”, with over 80% of page views reaching the desired audience, and the concept was launched globally at Forbes’ sales and marketing conference earlier this month.

It is, he argued, a shift away from selling engagement away from large-scale traffic numbers.

“[Clients] want the Forbes audiences, while they are reading Forbes. They are less interested in us acquiring the traffic through content syndication or social, because anyone can do audience acquisition, and then you’re just playing a margins game,” said Howard.

It follows Forbes’ investment in a new CMS to allow the creation of a ‘card-based’ content formats, including videos, photos, graphics and quotes. Click below to read our full interview with Forbes Media chief product officer Lewis DVorkin.