GroupM: ‘We are at the end of the beginning of digital marketing’ | M&M Global
Analysis
25th April 2016 by Alex Brownsell

The integrity of supply, the rise of ad avoidance and issues surrounding data-driven marketing are among the challenges to must be urgently addressed in digital media, according to the ‘Interaction 2016′ report by WPP’s GroupM. 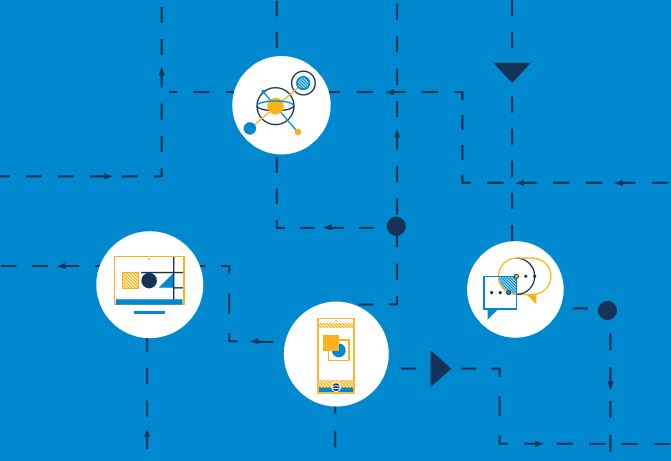 GroupM has today (25 April) released Interaction 2016, an annual report offering insights into the global digital advertising industry. The report has been compiled by the group’s futures director Adam Smith, with an introduction by chief digital officer Rob Norman.

At a macro level, GroupM predicts that digital will account for 31% total global measured advertising investment in media in 2016, up from 28% in 2015 and representing over $160bn.

However, according to the report, the continued growth of digital media channels faces a number of severe challenges, including the integrity of supply of inventory and the rising threat of ad blocking.

“We are at the end of the beginning of digital marketing,” says Norman. “Innovation in communications remains of extreme importance, but perhaps some emphasis will shift from ‘do it because we can’ to ‘do it because we should’.

“As consequence, [it will] produce results that drive profitable outcomes and contribute to a new wave of product development and economic growth.”

Here we look in depth at the six key trends identified in the Interaction 2016 study.

1 – The integrity of the digital media supply

From fraudulent traffic to questions around viewability, the study argues that the industry must work harder to ensure – and prove, in the case of measurement – that dollars invested in digital advertising are delivering any kind of return.

Though the battle to combat ad fraud and improve verification systems is well under way, there has been a “sudden and entirely legitimate loss of confidence” in the digital inventory supply chain, says the report.

In the case of viewability, and with GroupM in North America insisting upon 100% of ads appearing in a viewable window before payment is made, “rapid progress is being made” and supply for non-compliant supply will “plummet”, Norman says.

And nowhere is the need to sort out supply issues more pressing than in the programmatic sphere, where “velocity must not be allowed to obscure integrity”.

Consumers may scroll past ads at high speed, barely registering the content; autoplay videos may be viewed with the sound turned off; the concept of measurement against a 30-second view standard is of decreasing relevance. “It may be time to remove the zero from the 30-second standard that has characterised video advertising for generations,” Norman concludes.

2 – Meeting the challenge of ad avoidance

The rise of ad blocking has alarmed both publishers and advertisers, the report acknowledges. Yet the industry lacks a compelling explanation for why users are choosing to block ads – the latency of site performance, cost of data, clutter on websites, irritation at retargeting, or even ‘because I can’ are among the theories.

What is certain is that the inferred agreement between publishers and users – that content is free, on the condition of the consumption of ads – has been torn up, writes Smith.

“The rise of consumer adoption of ad blocking technology violates the inferred consumer contract with content owners which enables advertising investment to support content development,” he says. “We have much farther to go in understanding the true impact of ad blocking as estimates of lost inventory are scarce.”

One key factor at the heart of the problem, claims the report, is the lack of joined-up data available to advertisers – those who have made a purchase on one device may be “bombarded with redundant repeat ads wherever he roams” on another device. Brands, in other words, are paying to damage their own reputation.

The report is scathing of the “insidious” presence of ad blockers charging publishers to join an acceptable ‘white list’, and urges those advertising on mobile apps not to become complacent that this “last fortress” against ad blockers can remain invincible forever.

On the flip-side, it is positive about the use advertiser-funded ‘stories’, often created in partnership with publishers like Conde Nast, The New York Times and Vice. “Delivering this solution repeatedly and at scale will be onerous, but like so much in digital marketing nothing turns out to be as easy as it might have seemed,” writes Norman.

3 – The unabated rise of the app

The majority of smartphone users have somewhere between 30 to 50 apps installed on their devices, but fewer than 10 represent 90% of use, claims the study. And those are dominated by a handful of media titans, including Google, Facebook and Amazon.

This development of the app ecosystem, writes Norman, challenges long-held assumptions about the digital age, including that fragmentation is an “exponential curve of fractured media control”. “It’s not,” he says. “All the evidence in the app environment suggests a consolidation of both usage and ownership.”

Consolidated use of apps such as Instagram, Facebook Messenger, WhatsApp, Gmail and YouTube threatens the very use of advertising as primary communication tool – it may be, argues Norman, that brands’ focus must shift towards chatbot-style “frequent engagement through utility”.

Amazon dominates in the West; Alibaba leads the way in the East. Both offer very different business models, but GroupM suspects that Alibaba’s marketplace connection approach will become the default for new entrants.

The report gives credence to the idea of “commerce at the edge”, with online shopping moving from brand destinations and into third-party environments. “As publishers can no longer rely on every user to visit their own destination […] similarly merchants and brand owners are looking to make as many interactions as possible shoppable,” writes Norman, adding that “media space is becoming shelf space.”

“For many brand owners e-commerce sales still represent a tiny fraction of total volume, but all recognise that’s a short-term situation and that ‘selling everywhere’ is key to their future,” he concludes.

5 – The economics of TV creation and distribution

Netflix and Amazon have helped usher in a new era in which TV consumption is increasingly non-linear, especially when it comes to Millennial audiences, but this has resulted in only minor shifts in advertising investment.

Such OTT services have “almost no barriers to entry” in markets with affordable bandwidth, and they represent an “existential threat” to the concept of bundled subscription content, where a single cable or broadband provider offers access to TV services.

So why has the shift in ad dollars to non-linear TV been so sluggish? Part of the issue, claims the study, is an absence of standardised audience measurement when it comes to digital video. Furthermore, services like Netflix and Amazon “neither rely nor pursue” significant advertising revenue.

“It’s absurd to declare that either television or television advertising are dead and equally absurd not to recognise the role of the most familiar media brands in creating innovative advertising opportunities in both linear and non-linear environments,” he writes.

6 – The opportunities and challenges for data-driven marketing

The roles of CMO and CIO are increasingly “interdependent”, and the level of data owned by an advertiser can make a crucial impact in gaining a competitive advantage.

The report suggests placing ever-growing data piles into two separate containers: one with data the advertisers owns about customers its knows, from sources such as CRM and transaction data, and another with data rented or purchased, often about customers it would like to get to know.

The aim? To prioritise the most important data. “It’s becoming clear that all data is not born equal,” writes Norman. “A hierarchy of data will emerge with transaction and first-party data at the top and loosely-inferred behaviours far behind.”

The study recommends the creation of independent ‘data spines’ with the capability to connect people to devices, and then those people and devices to actions. It fits with WPP’s own “corporate end-game” to have the capacity to offer “all the data, to all the inventory, all the time, and in real time”.

In turn, this transition will finally allow the development of creative digital advertising to exploit the granularity of delivery. “We believe that 2016 will be the year in which digital creative strategy and dynamic asset management needs to be as central to the success of digital marketing as media allocation, execution and measurement,” Norman adds.