The Artificial Intelligence decade has begun, and will reshape the way brands communicate with consumers. Matthew Chapman reports. 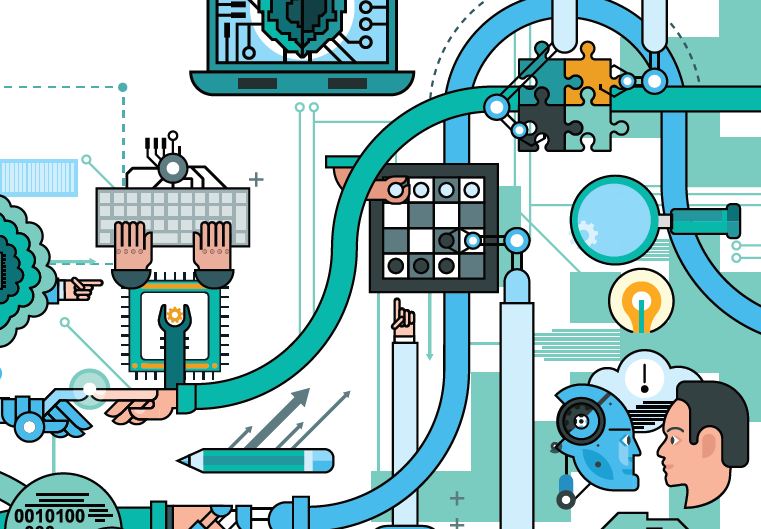 This decade has already witnessed a seismic shift in marketing communications, but the aftershocks in its final three years are set to dwarf what has gone before.

In the first half of this decade, Google and Facebook grew to dominate the marketing landscape, while mobile has become the ‘first screen’ for billions of consumers and programmatic has revolutionised the media buying process.

As if that was not enough for the industry to wrap its head around, there is now the explosion of artificial intelligence, virtual reality and Internet of Things to contend with.

Some brands are slowly looking to get a grip. At a ‘The Future Now’ event in London’s Shoreditch – the heart of the UK’s tech industry – online food delivery firm Just Eat unveiled a series of innovations it is developing to help maintain its position as market leader in its sector.

On display was everything from delivery robots to virtual reality experiences for customers and restaurateurs. The ambition was impressive, but as ever at events designed to showcase the latest tech to media and analysts, teething difficulties struck at vital moments. Chatbots failed to load and Amazon’s Alexa maintained a sullen silence, while virtual reality sushi hung disconcertingly in the air a metre above the table.

“Five years from now, we will look back on chatbots the way we look at ZX Spectrum computer games”

It launched a beta of its chatbot in Facebook Messenger in September, joining a growing number of brands turning to the technology. Dawe believes chatbots are a stepping stone to more advanced artificial intelligence that “will evolve over time”.

Chatbots may seem like the cutting edge of technology now, but it is likely they will be looked back on soon with nostalgia mixed with slight embarrassment. “Five years from now, we will look back on chatbots the way we look at ZX Spectrum computer games,” says PHD Media worldwide strategy and planning director Mark Holden.

Holden believes this will occur once virtual personal assistants achieve a conversational ability.

Google’s DeepMind has shown AI is already capable of human-like intuition following its defeat of Lee Se-dol, the world champion of the Go game, which has more possible permutations than atoms in the universe.

“It is 11.59pm on ‘AI Eve’ and everything is about to explode around us,” predicts Holden. 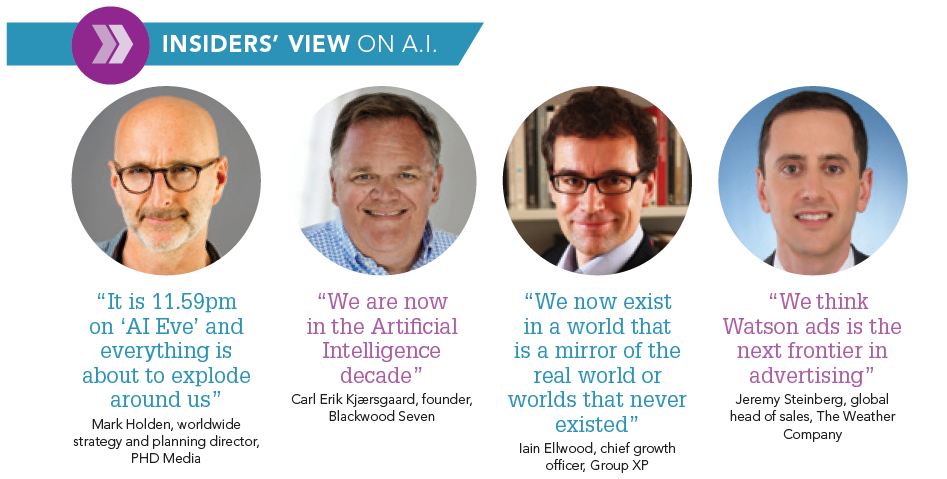 Jeremy Steinberg, global head of sales for The Weather Company, finds himself at the forefront of driving the artificial intelligence revolution through marrying up the Watson ads technology of parent company IBM with companies including GSK and Campbell’s.

The ads are triggered by location and weather data, but crucially they are able to display intuition when communicating with customers. “We think Watson ads is the next frontier in advertising. They listen to questions and can translate user intent,” says Steinberg. “They think in order to return a thoughtful response, and they do this with reasoning through training.”

This is allowing one-on-one communications between brands and customers that are becoming increasingly hard through traditional means due to the proliferation of internet-connected devices.

“When people’s homes and cars and all their devices are connected, there is going to be an expectation that you will get the same customer experience with a brand across any touchpoint,” says Steinberg. “And the only way for a brand to deal with that is by using a cognitive solution.”

J. Walker Smith, executive chairman at Kantar Futures, believes marketers are in for a rude awakening if they follow existing protocols.

“Marketers operate on the assumption that the more stuff we can get to people, the more involved they will be with our brand,” says Smith. “We have exceeded the limits of people’s capacity to engage with us. People have run out of time and attention, and that is the hard lesson for marketers yet to come.”

As a result, he believes the future of marketing lies not with a technology such as virtual reality, which requires further “currency of engagement”. Instead, Smith argues it is reliant on understanding and owning personal algorithms that make decisions for the consumer based on knowing their preferences.

Iain Ellwood, chief growth officer at Group XP, agrees there will be a challenge in how to create adsin the next few years as augmented reality and virtual reality are set to rise to greater prominence.

“It is really Jean Baudrillard’s ‘Simulacra and Simulation’ come to life,” says Ellwood. “We now exist in a world that is a mirror of the real world or worlds that never existed.” 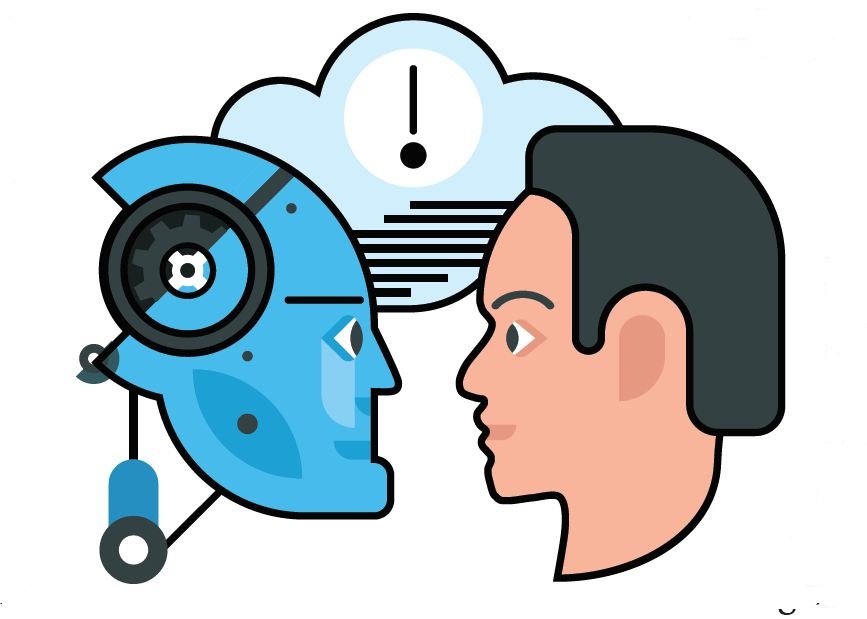 While Pokémon Go is a rare example of an augmented reality experience that has taken off, Ellwood believes that AR and VR have been held back because they are “sorely lacking” in interesting content. “How do you get a brand or marketing story embedded in something that is essentially software?” he asks.

While America is once again producing the hardware and software solutions that are driving the future of marketing communications, the content could be driven from outside the US.

“From a content point of view, some of the Asian markets may produce more interesting and compelling content because they have such a unique view on the world,” says Ellwood. “They have a more interesting mindset for that sense of future and characterisation.”

While innovations including virtual reality and the Internet of Things are exciting prospects in themselves, it appears that artificial intelligence will be the fabric that stitches them all together. “AI really is the next platform epoch, a bit like the internet was,” says Holden.

Holden argues that AI underpins everything. Alongside being used to enable one-on-one communications with time-poor consumers in an increasingly fragmented media world, it is also revolutionising the media buying process.

Danish agency Blackwood Seven is one such firm introducing AI into media planning and buying. Founder Carl Erik Kjærsgaard believes that AI will become “bigger and bigger” in decision-making areas, and can even be integrated into the creative process, and allow recognition of consumers’ reactions to adverts.

Holden agrees that in the next few years robots will be able to handle creative tasks by writing headlines and pulling images into adverts. However, he does not think that artificial intelligence will be able to create a blockbuster-style John Lewis advert in the near future.

“It is almost like a central nervous system functioning by itself and we ourselves are not making decisions any more, we are just looking after it, feeding it and letting it function,” says Holden.

Kjærsgaard, an industry veteran of 30 years, says that the pace of development within marketing in the past three to five years has been “extreme” and will only get faster. He points out that every decade, a development revolutionises the advertising industry, starting with television advertising in the 1960s.

“We are now in the Artificial Intelligence decade,” concludes Kjærsgaard. The rise of the machines is upon us and it should fill the industry with confidence rather than scare it. Those that embrace it are sure to dominate the next decade.