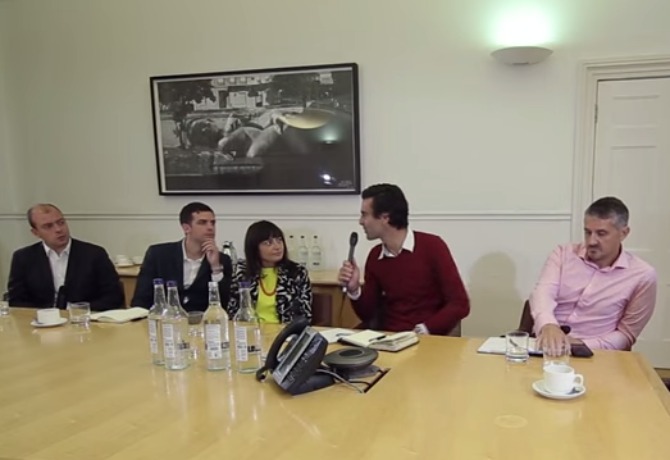 What is the impact of ad blocking on mobile?

Despite Alex Newman, head of mobile EMEA at OMD International and OMG EMEA, admitting that he blocks ‘bad’ mobile ads, he feels that some, like touch centric content, are getting really exciting.

“I believe it’s an opportunity to actually really super charge the output of what we do as an industry and it’s then that I believe that ad blocking won’t be such a big issue as we are making it out to be at the moment,” he said.

Dominic Yacoubian, head of digital EMEA at Publicitas, agreed, going on to speculate that IOS9 would ‘almost encourage ad blocking’.

“I think brands have to realise that putting an ad in front of someone and interfering with their experience, that’s just not right and it’s not engaging so brands need to utilise new technology and formats, things that are immersive and actually interest the consumer and encourage them to actually not block ads.”

Global head of innovation and content at Vizeum Tia Castagno said that, from her content background, ad blocking was beneficial as it pushed clients to look more at sponsorship and content.

“There are some channels where ad blocking doesn’t work like search or digital out-of-home so there are many solutions around that and in-app is extremely important,” she said. “I really don’t think that ads created for the mobile experience were ever fit for purpose.”

According to PHD’s global innovation director Matt Prentis, formats which encourage design creativity are filtering through into the engagement rates with branded content, taking its cues from platforms where ad blocking isn’t possible.

“If we can take these behaviours on board in terms of those platforms, pull that across to display elements, then we can start to benefit from both worlds as well.”

Which global regions have stood out for mobile in 2015?

To kick off the discussion on which global regions had shone in 2015, M&M Global managing director Jeremy King put forward Virgin Mobile’s Saudia Arabia campaign, the first in the region to cover only digital, which received ‘remarkable results’.

Newman, whose team created the aforementioned Virgin digital campaign, felt that the UEA and the Nordic markets are two of the most advanced regions, digitally and for mobile.

“Obviously, the UK is good as well, even in some cases I’m going to be a bit controversial and say maybe ahead of some of our US counterparts that say they are always blazing a trail in the space. I think that those regions are just really, really cutting edge.”

Yacoubian also noted that a lot of the brands his firm works with are wanting to run mobile campaigns in Saudi Arabia. “It’s just data in those kind of areas that makes it very difficult, because if you want relevant advertising you need the data to back it up, but getting the data for some of those territories is pretty tough,” he added.

Yacoubian thought that Germany and France were ‘suddenly going crazy on e-commerce’. “There was a report recently that one in five retail transactions in France are now made on a mobile device, 7 per cent in Germany,” he said.

Is there such a thing as a global campaign?

King brought up Airbnb chief marketing officer Jonathan Mildenhall’s recent comments in Cannes that brands who don’t believe there is such a thing as a global idea need to sharpen up what they do and change their philosophy.

Castagno felt that Airbnb had gone on to prove this though their current work in China, adapting their campaign to appeal to Chinese consumers.

“Yes you can have an idea that is globally driven, especially for certain markets like China, but even in France and Germany,” she said. “Unless you really almost reinvent it for that market in the context of contextual advertising and content and what people want to hear more of or not, then you can’t succeed.”

Yacoubian felt you couldn’t outweigh the value of local experience and that some brands may have a global campaign, but that it is very generic. “You need that local expertise to kind of give you that advice to help you make sure you are using the best mediums and the best channels for that brand in that kind of territory,” he said.

“It ends up being quite boring and generic and not particular to that brand so you can get really average work or you can get extremely powerful work,” said Chien-Wen Tong, head of digital strategy at MEC’s Global Solutions. “It’s the role of the global teams to really push and accelerate the ambitions of everybody around the world.”

Newman cited the example of Apple’s ‘Shot in iPhone 6’ as a campaign that’s pretty similar in every market.

“I think there is not one size that fits all with all clients, it really does depend on who they are and what they do.”

What will be the mobile and video marketing game changers in 2016?

Looking toward 2016, Castagno speculated that Facebook would tighten up how it measures video views to align more closely with YouTube, as well as starting to pay creators and influencers.

“I think programmatic is probably going to take over and it’s going to need much less reliance on third party seeding companies which actually are the ones that have got greater problems around transparency and viewability,” she added. “I think probably going in that direction means that you solve more than one problem by really sorting the programmatic offering out.”

Newman also felt the rise of programmatic channels, specifically around video, would have a big impact in 2016. “This whole viewability debate is something that’s going to most definitely have to be solved for us for all of us to benefit, I think,” he added.

“I think the key to this year is going to be innovation,” said Yacoubian, going on to discuss how formats, how content is used and sponsored content, as well as programmatic and ad blockers would be game changers. He also felt that in-read and in-content video is ‘fantastic’ for encouraging engagement.

“I think making it all very relevant to the consumer again is very important.”

Tong said that some top publishers are making formats which ‘as a consumer, it’s more interesting than the news your trying to read’.

“There’s a lot of exciting things happening on mobile with video between Facebook and top-tier publishers really pushing the creative possibilities so it’s really exciting for us to finally present something that is native and mobile and content and all those buzz words together and really create some imaginative work,” she added.

Lastly, Prentis emphasised the importance of the different tools used to bring people into the communications.

“I think the measurement that joins the dots between the experience somebody has and whether it affects them in the right way and whether they do something with that has become a bit more sophisticated, which means we have an oversupply of options almost in terms of how we can bring someone into a story,” he concluded.