Virtual reality technology will be a giant leap both for content and for advertising, argues Ricardo Urias, managing director at Forward Media Spain. 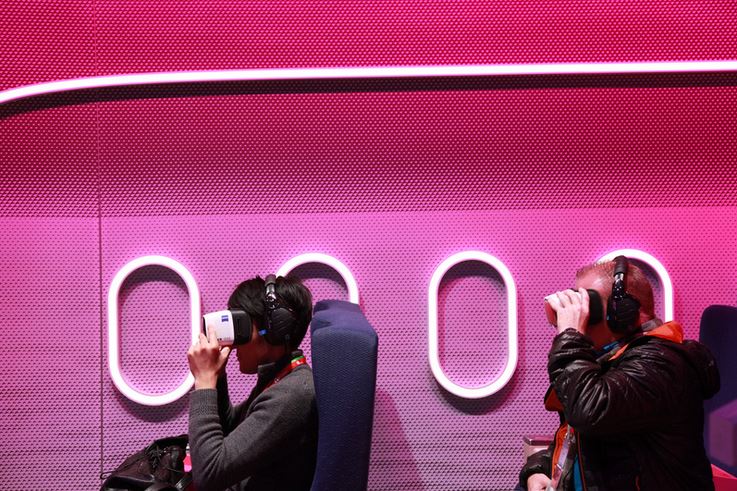 Virtual reality is the talk of Mobile World Congress, with Facebook’s Mark Zuckerberg promoting the technology and predicting that it will become the “most social platform.”

He told the Congress that 5G will open the way for VR which allows us to share experiences in real-time sitting in opposite parts of the world. And Facebook published figures showing that one million hours of video have been watched on the Samsung Gear VR headset. Walking the halls of the Fira, there are plenty of VR experiences on hand, with people queuing to try out headsets such as HTC’s Vive, while LG has launched its own system.

But we won’t have to wait for 5G – expected in 2020 – for VR to take off. The moment when it becomes a must-have gadget in every household is much closer. I think VR will be a two track story. Gamers will buy high-end headsets such as Facebook’s Oculus Rift and the Sony Morpheus visor which is expected soon. They will get amazing experiences.

The mass of people though will probably have cheaper headsets, such as Google Cardboard, which are used in combination with their smartphone. Some five million Google Cardboard headsets haven distributed already. Meanwhile, LG’s new LG 360 VR headset sat teaches by cable to LG smartphones, which is big news for mobile-supported VR.

These low-cost headsets don’t give such a stunning experience as the expensive gadgets. But they will be vital in powering the VR revolution. VR will really gain penetration when a retailer or brand launches a useful, practical application that everyone wants to use. That could be a retailer creating an easy-to-use VR shopping experience for use at home or a brand using VR to help people understand how a product works. Or it could be a platform which allows us to enhance social experiences such as talking to our family.

Many retailers and brands are already experimenting with VR experiences. Over the next couple of years, millions of people around the world will have VR headsets in their homes.

All it takes is one mass market application to capture the imagination of the public and VR will become an everyday utility. This is likely to happen over the next year or two. So brands need to start preparing for the arrival of VR and to think about how they can use the technology to add value for their customers and stand out from their competitors.

A great example is our client Telefonica, which is a global giant, operating across Europe – with brands such as O2 in the UK and Movistar in Spain, – and throughout Latin America. The company is getting ready to do some amazing things with VR. The possibilities are fantastic.

“By the time the next Mobile World Congress rolls around in 2017, we are likely to see some strong examples of VR in action”

For instance, it sponsors cycling and motorbike teams in Spain so it could offer consumers the chance to spend time with sports champions through virtual reality. And it runs TV channels, so we are looking at new ways of helping viewers access content around popular shows using VR.

Telefonica has also prioritised education as an area for development. This is part of the company’s wider corporate purpose. The internet is a democratic tool, so if Telefonica can help people across Latin America gain access to it and help them access education, that will really make a difference to their lives.

VR can be a wonderful tool to enhance education, offering interactivity at the pace the student wants – so they can experience something again if they don’t understand first time round.

VR is already here and is being widely used. By the time the next Mobile World Congress rolls around in 2017, we are likely to see some strong examples of VR in action. This technology will be a giant leap both for content and for advertising. Brands need to get their strategies in place so they are ready-to-go when VR becomes an everyday activity.