It’s only two weeks and counting until this year’s Festival of Media LatAm, and there is lots to be excited about if you are attending the event in Miami. 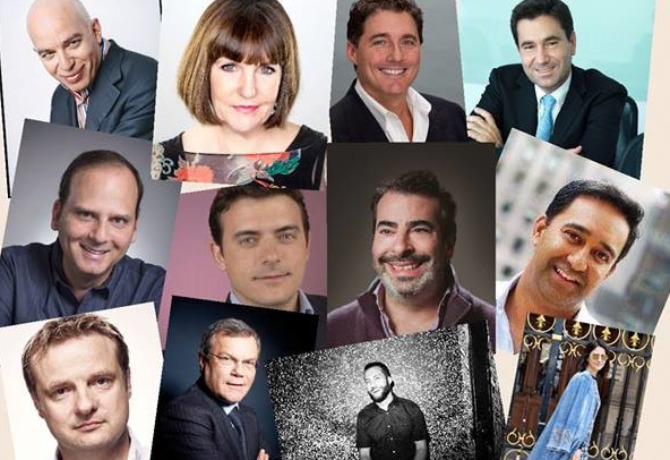 The festival, which celebrates media innovation and creativity, is being held on 24 and 25 September at the Ritz-Carlton Key Biscayne. Global marketers, media owners, agencies, and ad technology companies will come together for insight, networking and celebration.

The event, in its fourth year, is partnered with influential companies like Twitter, MediaCom and ESPN to combine a high-level conference, global awards programme and networking opportunities.

A live video interview with Sir Martin Sorrell will kick off day one, in which the chief executive of WPP will talk through what he believes is driving Latin America’s media landscape and his predictions for the forthcoming year.

One of the brightest stars in Latin American pop music, David Bisbal, will be performing some of his biggest hits for attendees – Bisbal has sold 5 million records in Spain and America, getting 42 Platinum albums, 17 gold and two diamond.

After a short break, global director of development at Instagram Daniel Habashi will be talking about how Instagram is transforming a generation.

Highlights of the afternoon will include a discussion on TV’s dominant force in the media industry hosted by representatives from A+E Networks, The Hollywood Reporter and LAMAC and a talk by Facebook’s vice president of LatAm sales Diego Dzodan on how people-based marketing is employed across the platform.

Friday kicks off with presentations by Wenda Harris Millard, president and chief operating officer at MediaLink, and Christy Haubegger, founder of Latina Magazine about the empowerment of Latina Women in modern media.

Chief executive of Truffle Pig, Alexander Jutkowitz and digital and media director at Globo, Eduardo Becker, will be discussing key content opportunities, including what content is being employed by television to stay in tune with consumers.

In the early afternoon, bloggers and vloggers including Joe Sugg (who recently sold out the Emirates stadium) will join with influencers to discuss their importance to brand campaigns and how companies can successfully embrace this change.

The second day will close with a talk by Blippar’s Ariff Quili about how his company is changing human behaviour and PepsiCo’s Ricardo Arias-Nath will discuss how brands like his can take advantage of these changes.

For more information on the schedule for LatAm, visit the festival’s website.