Former AOL and Razorfish boss Bob Lord has joined technology giant IBM as chief digital officer, it has been announced.

According to an internal memo seen by re/code, Lord will “accelerate and scale all aspects of IBM’s digital presence, operations and ecosystem.”

The news was revealed by David Kenny, general manager of IBM’s artificial intelligence programme Watson and a former The Weather Channel head, who tweeted: “Thrilled to be working with @rwlord again. He will be a great chief digital officer at @IBM.” 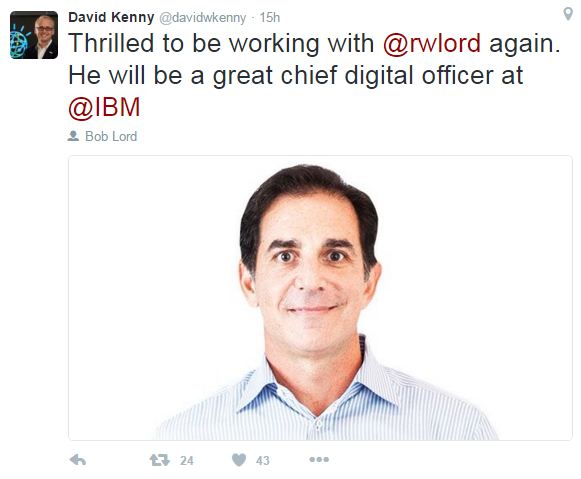 Lord himself then tweeted that he was “excited to be joining the IBM team”. 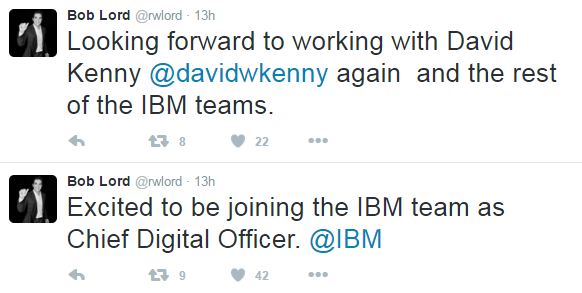 Lord spent the previous year as AOL’s president, having joined the digital media business as chief executive of its AOL Platforms business in 2013.

Once mooted as a possible successor to AOL chief executive Tim Armstrong, is understood to have played a central role in last year’s acquisition of Millennial Media, in an effort to boost the company’s mobile credentials.