Asia Pacific will overtake North America as the world’s biggest market for digital ad spend this year, according to forecasts from Strategy Analytics. 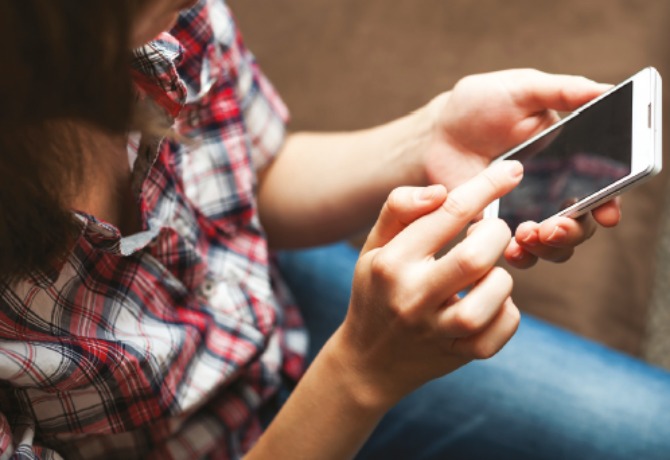 China is the second biggest country for digital spend, but its market is still half the size of the US. 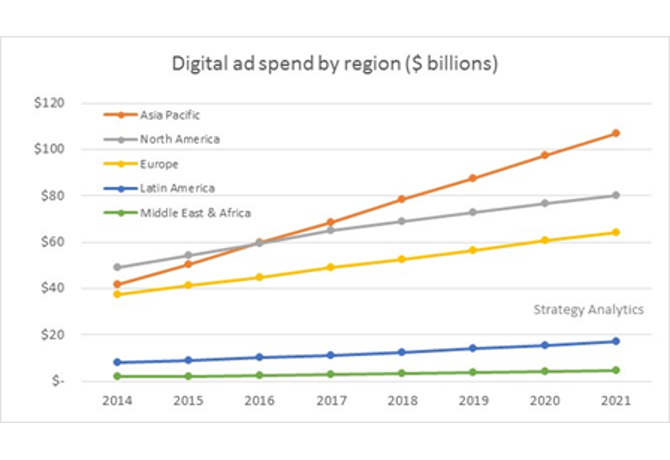 Within digital ad spend, search advertising accounts for 52% of overall spend, display advertising stands at 36% and classifieds at 11%.

Strategy Analytics digital media director Michael Goodman said: “Advertising is about ‘eyeballs’ and the sheer scale of the Chinese market, along with India and Indonesia, is why Asia-Pacific will overtake North America this year, despite underlying economic weakness in some economies. Millions just can’t compete with billions.”

The digital ad spend per capita in the North America still far outstrips other regions.

Northern America spends $165 per person, while Western Europe trails in second with a $95 spend per person.

In comparison, spend is APAC is only $15 a person. 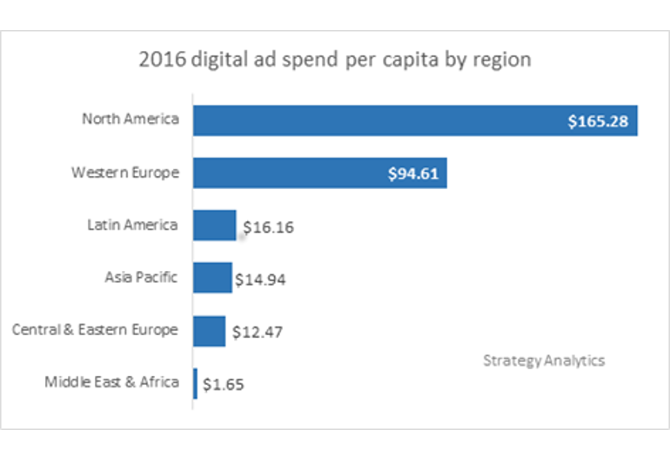 “This will grow the online population dramatically and, consequently, ad spend will follow suit.”