There’s no doubting the rapid growth of digital out-of-home (OOH) advertising, which has unlocked a whole new world of contextually relevant, real-time opportunities for engagement on one of the oldest mediums. But for OOH, even in its most traditional form, creativity is taking on a new guise, adding a new dimension to static billboards to bring them to life.

A report from IPG Mediabrands’ Magna and Rapport highlights that OOH is the only traditional format to experience consistent growth in global ad sales in the last 10 years. It places Asia Pacific as the largest advertising region for OOH advertising with almost $13 billion in sales in 2018, with the highest share of media at 7.8% (versus 5.6% globally).

As the Festival of Media APAC Awards 2019 shortlist shows, traditional OOH campaigns still have their place in the world to create lasting impact by adding interactive elements and giving a new dimension to a static poster site. The spread of entries in the ‘Best Use of Traditional or Ambient Media’ category covers Australia, India, China and the Philippines, with the top three brand categories being Food & Beverage, FMCG and Retail.

But with 50% of the shortlisted entries in this category centering on billboards as the main medium of choice, we have turned the focus to these campaigns. Contrary to widespread chatter across ad land, perhaps the most surprising consistency was the addition of dynamic and 3D elements – not to digital screens but to static posters. However, combining the online and offline worlds was inherent across these entries with supporting digital activity, rather than digital and programmatic elements embedded into the billboards themselves.

Stripping it back to basics, one of the key benefits of OOH lies in its location and mass reach. With the ability to target high traffic areas in key transit locations and on the street, some billboards have blended so much that they have become part of the city landscape (think Times Square in New York, Piccadilly Circus in London or CentralWorld Plaza in Bangkok).

Despite its analog heritage, the digital potential for OOH is still very clear. From LED projection mapping technology to real-time data triggers and live streaming video content, more and more marketers are embracing motion as a means to capture audience’s attention and using data to contextualise the message in a relevant and undisruptive way. Plus, there’s the added benefit that OOH doesn’t have to battle with things like ad blockers and skippable ad options.

“Growth in OOH spends is being largely driven by growth in digital OOH in most markets, and this will continue to be the big growth driver in the coming years,” said Gurpreet Singh, Managing Director for Magna APAC. “As data & technology play an increasing role in OOH media, trading will move from buying ‘space & time’ to ‘impressions’ and ultimately we can expect it to move from buying ‘opportunity to see’ to ‘actual views and engagements’, bringing more accountability to this media. Interesting times ahead for OOH.”

In the APAC region’s race to digital, OOH is one channel that is at very little risk of getting left behind. But at the same time, static billboards still have their place for marketers to take advantage of the new dimension it can offer in tapping into key senses such as sight, touch and in some cases even sound, smell and taste. In reality, the opportunities are endless…

We put the spotlight on two shortlisted entries from the Festival of Media Awards APAC 2019, which highlight this trend: 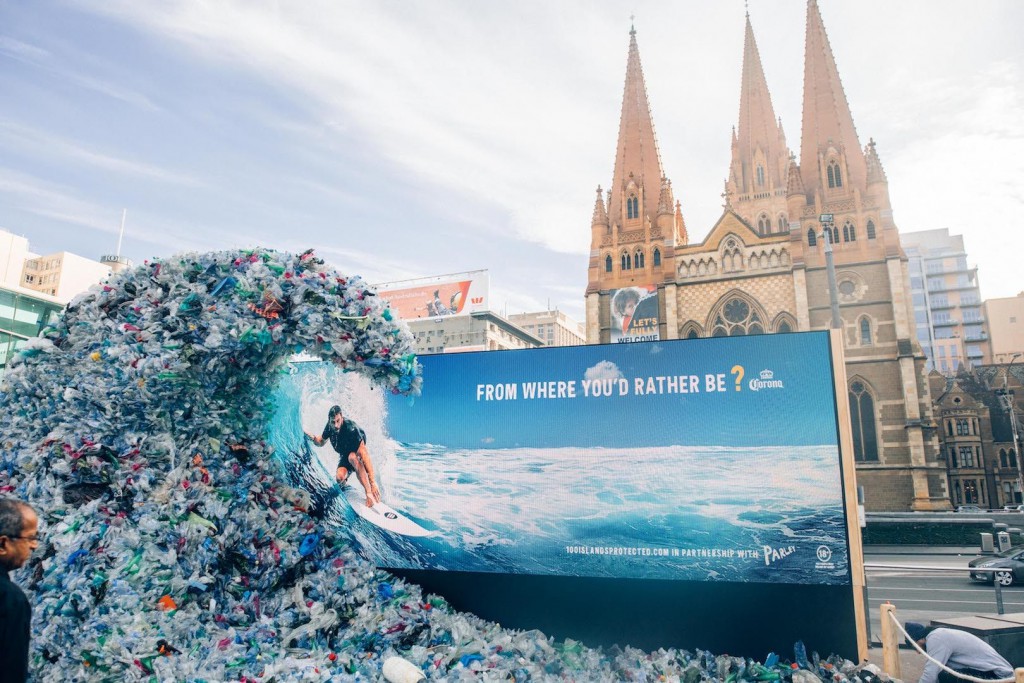 Shortlisted for: Best Use of Traditional or Ambient Media

Roughly eight million metric tons of plastic waste are dumped into the ocean each year, equating to an alarming 1,580kg ending up in Australia’s oceans every hour. According to research commissioned by Corona in the lead up to Oceans Week, three quarters of Australians (74%) underestimate or have no idea about how much plastic is entering Australia’s ocean. However, findings show that when confronted with the amount of plastic entering our waterways, the majority of Australians (89%) said they will make an effort to reduce their usage of single use plastic.

The human truth is that familiarity is the basis of behaviour and the issue of oceans plastic is too far removed from the everyday. As the old adage goes- out of sight, out of mind! So PHD Media set about bringing this shocking stat to life in a way that would disrupt and drive talkability. Leveraging the brand’s partnership with global collaboration network Parley for the Ocean, and ambassador and avid surfer Chris Hemsworth, the agency set about hijacking its own iconic ‘From Where You’d Rather Be’ advertising campaign with a wave made from 1,580kg of plastic waste in order to make a statement.

It all started with a simple billboard. On that billboard was an idyllic image showing famous actor and ‘100 Islands Protected’ ambassador, Chris Hemsworth riding the perfect wave. Controversially, under the cover of darkness, it hijacked Corona’s own billboard. Overnight the team installed a 25-foot-high plastic wave, made from plastic that was collected and removed from Aussie beaches, replacing the perfect wave with a wave of waste. To encourage consumers to take action, recycling stations were set up next to the wave so consumers could recycle their own plastic. And the wave continued to evolve. Over the course of the week, more plastic bottles were added each day. 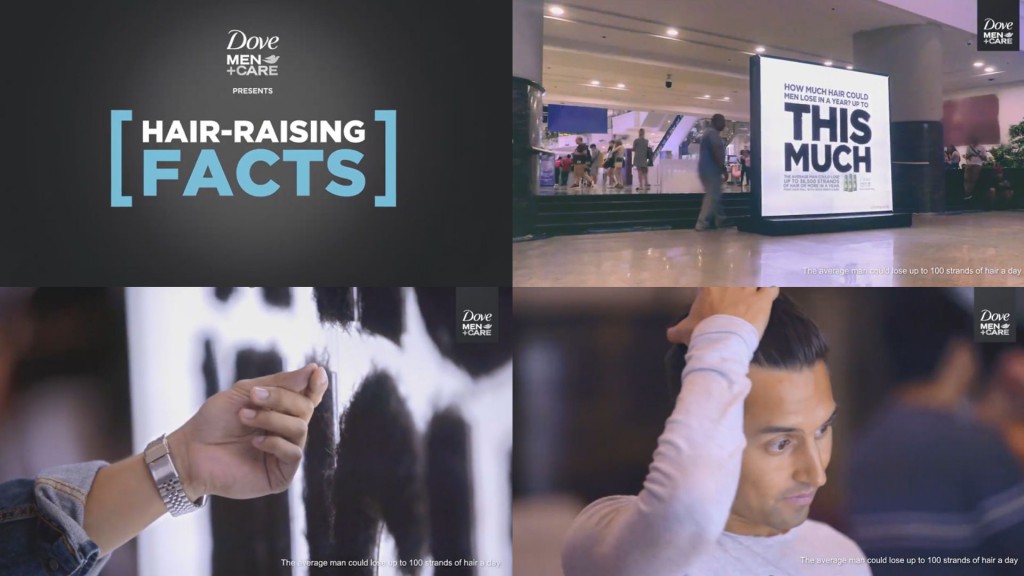 Shortlisted for: Best Use of Traditional or Ambient Media

Most men think that dandruff is the only problem when it comes to their hair but only because there is burden of proof. With hair fall, they only start to worry when they feel their hair thinning or feel at risk of balding, but by then it’s too late to address the problem. Men need to be shaken with the undeniable proof that hair fall is a problem, before they even start worrying. With this, there is a clear opportunity for DM+C given its proposition of strengthening men’s hair and helping reduce hair fall.

Mindshare put the hair fall problem into perspective by creating the Dove Men+Care Hair-Raising Billboard, an interactive billboard made of real hair – real hair fall, that is. This billboard showcased the fact that men lose more than 100 strands of hair a day which eventually adds up to more than 36,500 strands in a year. The billboards were placed in high traffic areas in Metro Manila where guys can see the facts, and realise that hair fall should not be ignored. To amplify this further, the brand released long-form and short-form video content on digital to drive scale and impact more men.

Small-scale OOH was chosen as the primary medium for this activation, as the use of real hair is better appreciated up close. Reactions from real consumers ranged from shock and disbelief to amazement, having realized just how much hair they can potentially lose in a year. With this execution, the medium is the message. DM+C then set up cameras in one of the sites to capture the reactions of the men that saw the billboard. The video was then boosted online to extend the reach of the activation to more men.