At WSJ Custom Studios’ Women in Media event, a panel of experts in international media discussed the big issues in global politics. 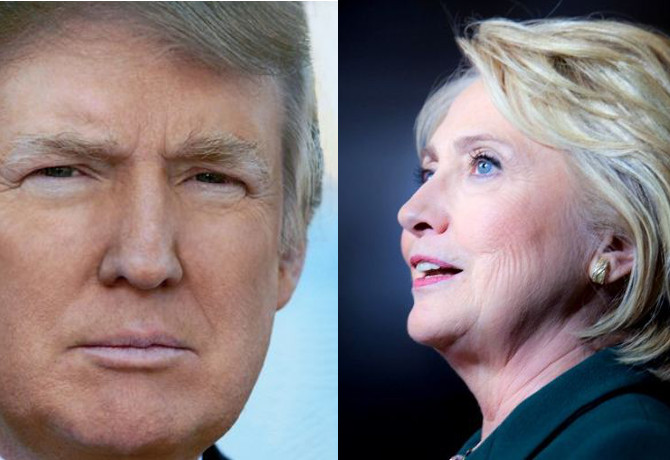 The Wall Street Journal editorial page editor and vice president Paul Gigot started by assuring the assembled audience that “Americans have no idea what’s happening either”.

Gigot said that the US election run-up had taught him humility, as he had declared to friends at the beginning of the race that Donald Trump was not a serious contender, comparing him to [UKIP leader] Nigel Farage with billions of dollars and a reality TV show – a “rude, crude and an insult comment machine”.

According to Gigot, Trump has become the spokesperson for the frustration of the average person. “Strange, because he’s a billionaire himself,” he added. Trump has the highest unfavourable rating in the history of polling, with Hillary Clinton at the second highest, making Gigot speculate that there could be a third party challenge from some strong-minded republicans.

From a female perspective, Sunday Times editorial director and Sunday Times Magazine editor Eleanor Mills described Trump as “very scary”, with him viewing women as “decoration and not to be taken seriously”.

“As a professional woman and a feminist, I find that revolting,” she added. “We know that Trump will say anything to be the first thing on the news.”

Gigot agreed, saying that “a lot of Republicans don’t think he believes much in anything”. However, he gave him a 25% chance to win at the moment, with the virtue that the “campaign goes way too long” and tends to expose who someone really is. Gigot described the likelihood of Clinton becoming president “hard to swallow”.

LuxHub founder and Comitato Roma 2004 committee member Isabelle Harvie-Watt questioned why Trump had chosen to attack women, with Mills adding he felt it was “part of his machismo”.

Gigot feels that a lot of Americans were very proud of Barack Obama at the time of his victory, but that any Democrat candidate would have won in 2008. He believes there is a generational gap, with younger women including his nieces voting for Bernie Sanders and commenting that they’re “so over that women thing”.

Mills said that she believes a lot of women feel that Hillary, who is very close to big business and the wife of a former president, is “not the way that a lot of us would like to see our first woman president”.

Enders Analysis head of research Alice Enders questioned why Trump alienates groups. “About Hillary, I am sympathetic to the view that she would be a very historic person,” she said. “I think Hillary gets a bum rap – I’d be very proud to have her as a president.”

“When I went to graduate school and did my Economics degree, I was the first female,” Enders added. “Not much has changed around us and not enough in my opinion.”

Enders went on to discuss the “post-Olympic glow” what had attracted a lot of people to London, and the special status of culture and creativity as a marketable product.

“When we think about creativity, we think in a broader sense, talking about all these different ways that media is a mirror and radiates self-image – we all agree the UK’s creative industries are the jewel in crown.”

Harvey-Watt expressed concern about the Brexit, as London and the UK has become the gateway to Europe and could lose influence.

“I’m on the fence myself,” said Gigot. “We did criticise Obama when he came here and said Britain will move to the back of the queue on trade because I don’t think that’s the way an ally should treat another ally. As an American, I’m not inclined to tell a British person what’s in their national interests.”

Enders feels that the influence the UK wields in Brussels is much more subtle, with the key metric being job creation, going on to describe Margaret Thatcher as “one of the best politicians of our time”.

Mills raised the “massive elephant in the room” which is immigration. “No one actually talks about how good Europe has been for Germany and the Deutschmark,” she added. “There’s all sorts of smoke and mirrors around this that we don’t talk about. I think there’s a lot of absolutist rubbish talked on both sides of this debate.”

Enders believed that problems will arise with audio-visual quotas, as Britain won’t be able to buy and sell services.

Gigot interjected that “as an American listening to this, this is so much more substantive than what we’re used to”.

Back to the president

Going back to the presidential race, Mills felt that it would be great to have a female president, as her young daughters had recently asked her if women could lead a political party.

“I think Obama’s thing is true that ‘you can’t be what you can’t see’,” she said. “I think my generation got a little complacent that these battles had been fought. What’s interesting is the issues facing women over the last hundred years have changed so little. We’re coming at it against two thousand years of women being told they’re subservient second class citizens.”

Gigot added that “the last thing we need is a man from the Mad Men era to run the United States”, saying that he could stay authentic without offending “every third person”.

However, Enders commented that Hillary “doesn’t feel very authentic”, citing her ever changing policies and non-feminist approach to her husband’s indiscretion, with Vanneck-Smith adding that she could play the woman card in a more positive way.

Enders concluded that Trump would win either way because his brand will become “even more gold plated”. “It’s a dream opportunity to have brand advertising on this scale,” she added. “For the United States, it’s a historic, upending moment.”