Once upon a time media and marketing were seen as two very separate disciplines. But as the advertising landscape evolves and new digital channels of engagement open up, the lines that used to separate them are becoming increasingly blurred in marketers’ quest for attention and impact.

Within the Media category from the Festival of Media Global Awards 2019, a number of brands from across the Food & Beverage, FMCG, Retail and Technology sectors were awarded Gold trophies for stand out global campaigns, spanning the Americas to Europe and Asia-Pacific.

“One of the key trends [across the Media categories] was a real blending between media and creativity,” said FOMG Awards Media Jury Judge Jerry Daykin, EMEA Lead at GSK. “[In many cases] we were debating where does the media part end and the creative start? I think these days those two parts are incredibly blurred and that’s great to see media becoming more creative and more inspirational.”

Specifically in the ‘Creative Use of Media’ category, a number of trends emerged from the winning work – ranging from examples of brands disrupting existing media channels in creatively innovative ways to creating new media channels in order to stand out against their competitors.

Another key theme across the winning campaigns saw brands tapping into culture and traditions to insert themselves into consumers’ daily routines. From owning a mass cultural moment on TV in India to breaking through the clutter during a cultural phenomenon like the Super Bowl ad in the US, the fight for attention is being won by those brands who are disrupting the norm and finding a unique moment to engage creatively with a captive audience of consumers on the right medium.

Themes from this article were also touched on during a session at the Festival of Media Global 2019 by Rachid Ait Addi, VP Advertising Luxury Fashion Beauty Sportswear of Teads, and Simon Peel, Global Media Director at Adidas. The session explored how to make media, data, technology and creativity merge together to create the best-in-class qualitative effective advertising in order to support campaign performance throughout the entire marketing funnel.

“We try to be channel agnostic and empower our agencies to be channel and tactical agnostic and basically come up with the best media plan for the activity or the campaign itself,” said Peel, before going on to talk about how Adidas ensures all creative is considered from the outset to make sure it is created bespoke to the specific platform. “The way we use partnerships and media informs not just the creative but the actual production itself,” he said.

Of course data plays an important role in this new world order. This new wave of creativity in media largely relies on the range of insights that are driving the ability for marketing communications to be adaptable, timely and relevant to the channel on which they are being shared. User generated content, live-streaming video and social influencers also formed the content for a number of campaigns in this category.

As a marketer’s toolkit continues to expand, fuelled by new data and insight, the faint lines that may still appear to separate creative and media are fast disappearing. There is no longer a clear cut split between the two and the definitions that once existed for media and marketing are becoming more and more difficult to define. The future is a perfect blend of both to create the communications and experience that reflects the wants and needs of consumers. 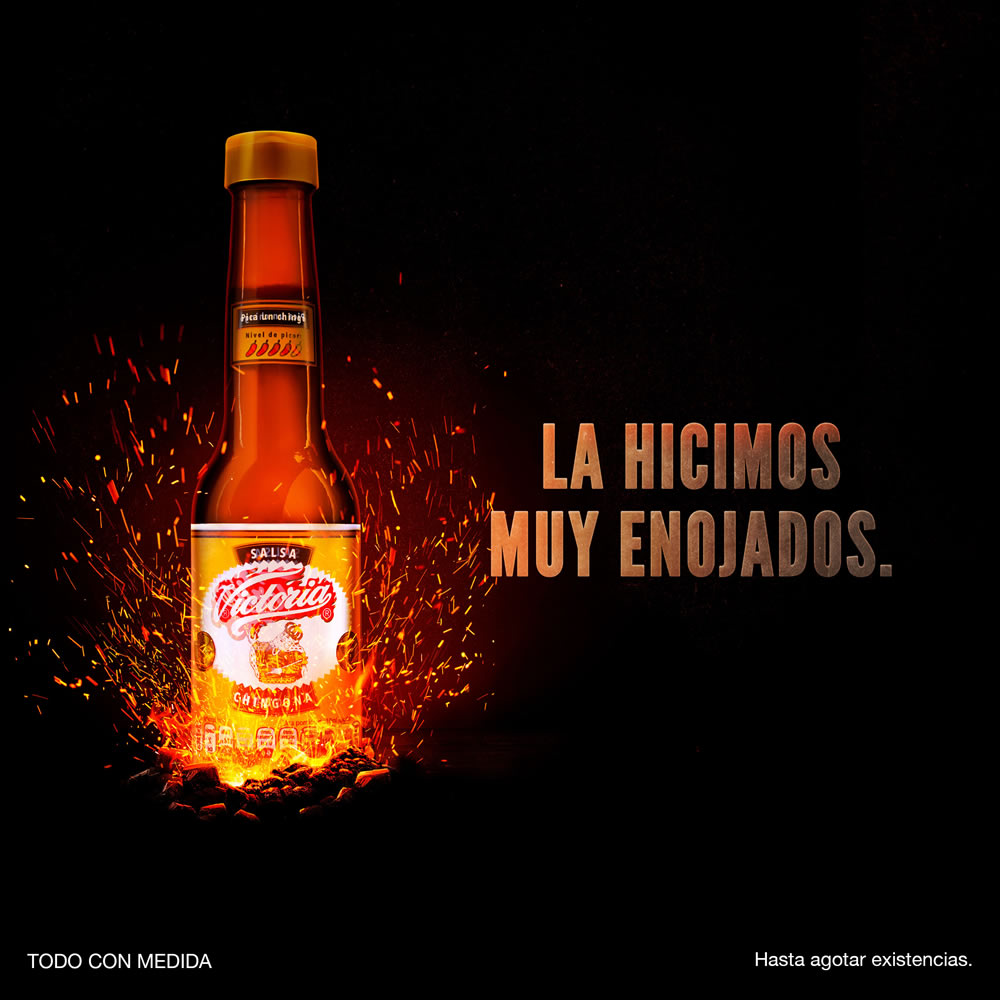 First brewed in 1865, Cerveza Victoria is Mexico’s oldest beer brand. It’s part of Mexico’s heritage and culture, which is why it’s the preferred beer among Mexican millennials (according to Euromonitor). So, you’d think it would be the number-one selling beer in Mexico, right? Wrong. That would be Heineken – a Dutch company that is the second-biggest selling beer brand worldwide. Why? Because millennials simply aren’t allowed to buy Cerveza Victoria at half of Mexico’s restaurants, bars and convenience stores thanks to Heineken’s Company’s exclusivity contracts.

It would create 750,000 bottles and distribute them for free at 40,000 points of consumption, reaching a potential audience of 20 million people. All it needed to do was get people to try it. So it reached out to 22 Mexico’s most read publications, four of the most listened-to radio shows and TV stations with a combined reach of 35 million people to celebrate this new sauce. Then it launched a national sampling campaign, taking Salsa Chingona to the streets of Mexico’s biggest cities, handing out samples outside bars and stores where its beer was banned! At the same time it distributed the sauce directly into the outlets, putting bottles of La Salsa Chingona on the table in 40,000 bars, restaurants and convenience stores. Digital, social, cinema and user generated content also played a part in the media channel mix. 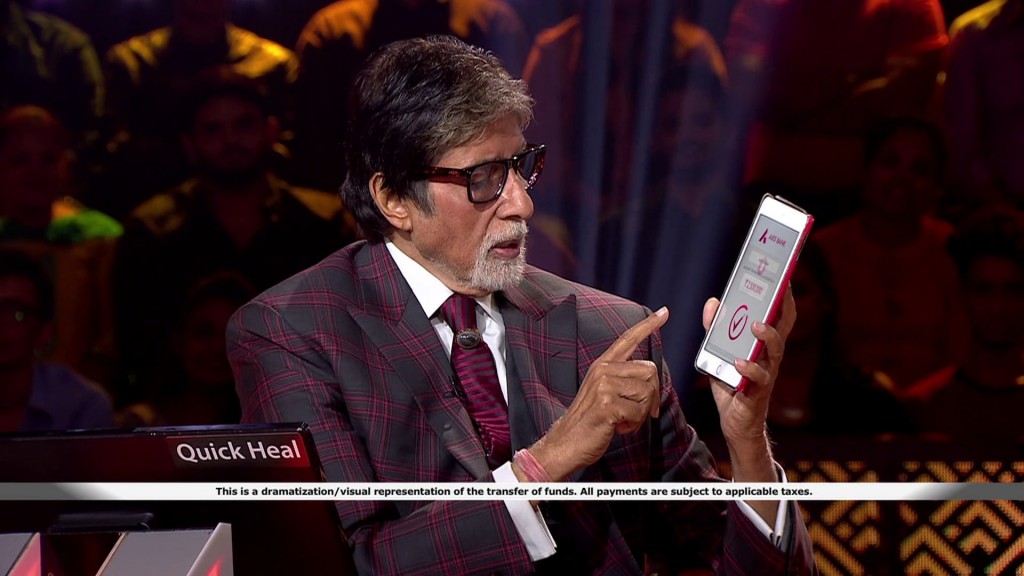 Shortlisted for: The Creative Use of Media Award (SILVER WINNER)

Despite technological advancements, India remains a cash centric society. Trust in online banking was at a low among the masses. Axis Bank, India’s third largest private sector bank, has been an early propagator of digital money transfer. The brand had clearly committed to evolving to digital payments and yet the people of India were not there yet. And as the bank expanded into semi urban regions of India, it encountered an even slower uptake.

The agency’s strategy was to create an experience that would instantly demonstrate and telegraph the simple benefits of digital payments. Serving static, paid media advertisements was not going to cut ice on trust and credibility, and would not change deep-seated consumer behaviour on an asset like money, which was hard earned. It needed scale. It needed a medium that conveyed trust to the masses. It needed to demonstrate the full experience of digital money transfer to people. It distilled this down to owning a mass cultural moment, which solved for all the above.

The platform it decided to activate was the Top rated reality show in India, “Who wants to be a Millionaire”. The programme was hosted by Amitabh Bachchan, who is an Indian icon known to all age groups in India for the last 50 years and whose name resonates trust. The moment Starcom appropriated was the moment the contestant takes the prize and exits the show. The experience of digital money transfer was conveyed via this moment. It blended the digital banking proposition into the programming content by giving a live demonstration of using the Axis Bank App for money transfer – a first in India for digital banking to be demonstrated in a mass game show format on television. Through creative use of the right moment, it ensured the audience was served the full experience of digital banking, thereby lowering their barriers to it.