The old saying ‘Don’t tell me you’re funny, make me laugh’ has never been more relevant when it comes to brand storytelling. In an increasingly transparent and connected world, for brands to simply tell consumers who they are and what their products do is no longer enough. Action speaks louder than words. As technology brands in particular are proving, experiences (both digitally and in the real-world) matter more than ever before.

Entries on this year’s Festival of Media Global Awards 2019 shortlist have been dominated by the UK (17%), US (14%), Australia (12%), China (9%) and India (7%). Given that the biggest concentration of entries originated from the UK, which is currently facing economic uncertainty against the backdrop of Brexit, we took a deeper dive into these campaigns to uncover what trends are driving innovation in the UK advertising market.

The first trend to unfold was a strong focus on content. Of the 42 UK entries, almost a quarter (24%) featured in the ‘Best Branded Content’ and ‘Best Use of Content’ categories alone. The top performing brand sectors included technology (19%), entertainment (17%), food & beverages (17%), retail (10%) and automotive (10%).

Delving deeper into the entries from technology brands, the focus was very much on taking storytelling into a new dimension by not just simply advertising products but demonstrating how technology can enrich and improve customers lives through real-time, live experiences.

From on-the-ground event activations to live-streaming content through social media channels, consumers are being immersed in the product experience by tapping into their passions of fashion,  gaming and most notably in these particular entries – sport. Media partnerships were core to these experiences across TV, print, social, digital out-of-home, while experiential and experimental techniques were key to bringing these to life.

Given that digital has accounted for the majority of media ad spend in the UK for several years — and is predicted by eMarketer to take a 66.4% share in 2019 — its dominance is also reflected in the entries. The combination of content, technology and data is bringing new elements to advertising campaigns by creating real-time and live-streamed content that is contextual and appeals to consumer emotions through a personalised touch.

“To create and sustain an emotion-driven value-focused brand, CMOs must master the art and the technology powering digital experiences,” writes Dipanjan Chatterjee, Vice President, Principal Analyst a Forrester. “In this process, digital is much more than marketing technology and channels; it is a way to harness technology’s enormous and unbridled capacity to reach out, connect, personalise, and engage. This is digital in service of the customer, delivered through brand experience.”

For storytelling content to create real cut-through and brand engagement, consumers need to live a story, not simply be told one. The days of meaningless taglines and empty promises are gone. Brands can’t just tell people they’re funny. They’ve got to make them laugh too. 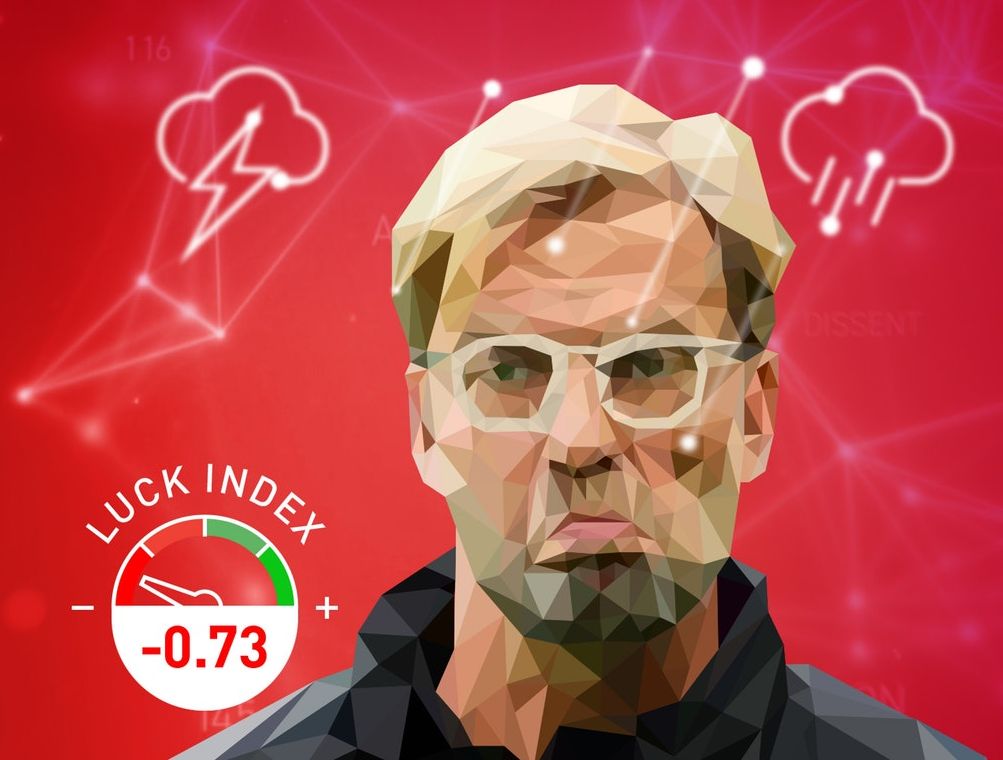 Intel processors are in 80% of the world’s PCs, a category that’s seen six consecutive years of decline against the rise of Apple and handset devices. The problem is no one cares. Processors are hidden, intangible and dull. You only notice them when they break. The PC industry has exacerbated consumer ambivalence toward PC’s by creating a complex chronology of hardware and meaningless jargon. No one wants to engage in a conversation about processing capabilities – it’s wallpaper. Demonstration is far more meaningful.

Instead of trying to communicate rational proof points, OMD wanted to demonstrate the superior capabilities of Intel’s 8th Gen processor in a way its audience cared about emotionally and let them ignite the conversation through content designed to spark it. The spark was Football. It is the key passion for the PC considers, and a source of much debate in the UK. The agency wanted to leverage the tech truth that superior processing power has the ability to solve mysteries…and in football there is no greater talked about mystery than what luck has done for a football team’s fortunes.

Video assistant referee (VAR) is becoming a staple in the world of football despite not yet being used in the Premier League, and the role of technology in sport continues to be questioned by the media and fans, as a means to reduce bad or unlucky decisions, thus reducing the margin of luck involved in any given result. This cultural conversation was relevant to Intel, and with the support from the right partner, gave it the right to enter the conversation. Prior to the 2018/19 season, it partnered with statistical experts – the University of Bath and ESPN – to create data powered content using Intel processors in the form of the Luck Index by Intel. The application of the Intel 8th Gen processing power allowed it to create a plethora of content and rewrite the Premier League table, showing how the table should have finished, using data analysis to create a content experience. 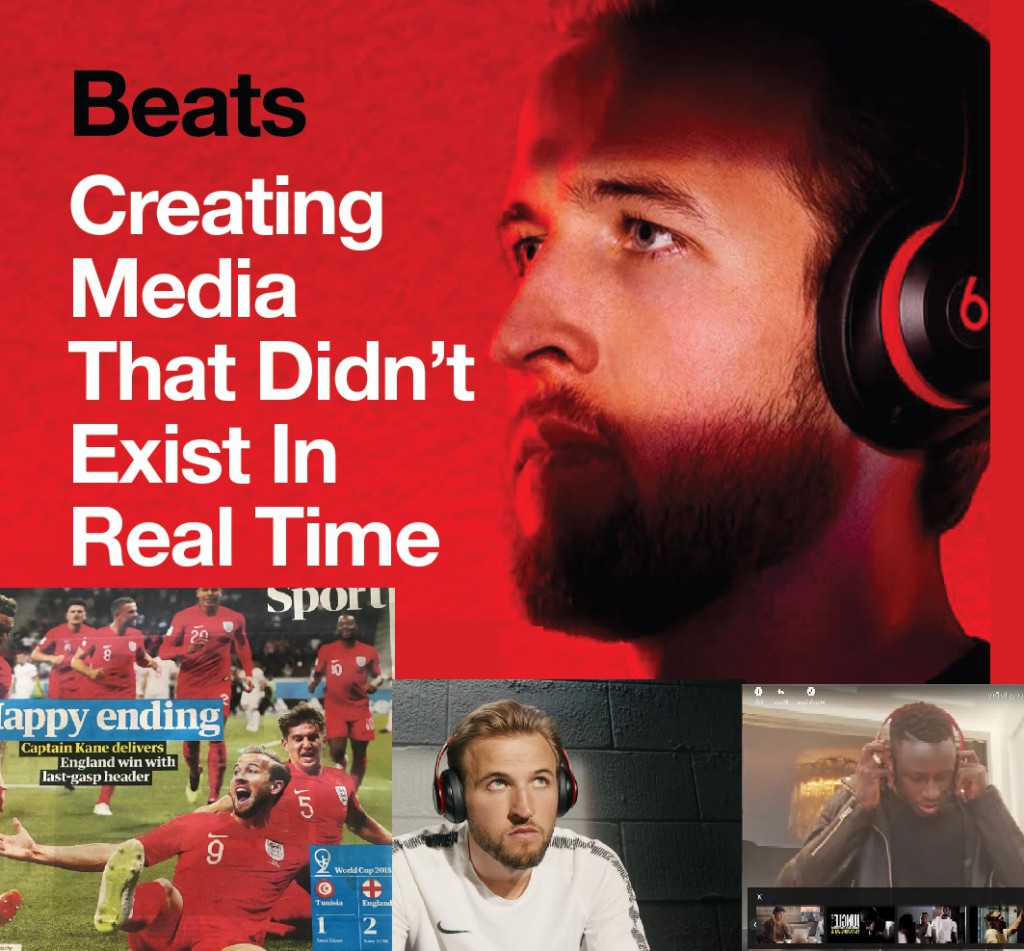 Shortlisted for: Best Use of Live-Streaming

In 2014, Beats dominated the World Cup by ‘Winning The Game Before The Game’ – giving headphones to players which gave them massive exposure across the world. The result? Being banned by FIFA for its guerrilla-style marketing tactics. Naturally, expectations were higher than ever in 2018 and Beats was prepared to do it all again in order to be the biggest non-official World Cup sponsor. Havas Media took inspiration from the FIFA ban – its impact and visibility – and strove to create media that didn’t exist before with the added dimension of doing this in real time as the World Cup unfolded.

Working with Beats, all the agencies worked together in a war room for eight weeks; agencies specialised in various types of content were called upon to help (social media, designers, video producers etc). Through the creation of a reactive approach which predicted player outcomes, impactful media was drawn up to deliver the right message at the right moment. The campaign played out across three pillars and on the rapidity of its creative output and media switch.

CONTEXT – It pushed product with relevant talent, adjacent to the moment. It became the first non-sponsor to kick off a TVC spot for the World Cup with a commercial on ITV and used Sky Ad smart to surge activity for a two-hour window pre-kick off, to target specific households

ASSOCIATION – Never been done before ideas to drive earned media. Sky Sports and BEATS co-created Thierry Henry/Harry Kane interview. Beats is still the only sports partnership to feature across the On-Demand platform.