In the age of Customer Centricity, putting the consumer at the centre of any advertising campaign is a sure-fire way to penetrate their hearts and minds. But as we see more and more brands taking a stand against social and environmental causes, the same can be said for those who are creating a real tangible impact through authentic, genuine storytelling content.

A recent study from consulting firm DoSomething.org found that two-thirds (66%) of young consumers said their impression of a brand is positively impacted by its association with a social cause or platform and 58% said such an association could spur them to make a purchase.

It’s no surprise, then, that many brands have been quick to show their support and rally behind causes that are close to their own brand values and purpose. And as highlighted by campaigns in the ‘Impact Awards’ category at the Festival of Media Global Awards 2019, the most successful cause marketing needs to be authentic and relevant to make a real impact.

“There were some persistent themes and pervasive insights that came through in some of the work. The first being that when it comes to cause marketing, the brands who did it particularly well were those who had real license to be doing so and real authenticity in terms of what they were doing,” said Luke Southern, Managing Director at Drum. “[Some of the best marketers were] quite disruptive and risk taking in terms of how they were approaching the marketing for their brand or product – linked to a cause but done in a real, relevant way that didn’t feel forced but felt very natural and was ultimately delivering a piece of communication that will benefit consumers longer term.”

Campaigns in this category touched on a range of social and environmental issues that all had one thing in common: they put the consumer at the heart of the communication. From championing women, tackling gender disparity and diversity, inclusivity and getting behind environmental causes to improve sustainability, save the world’s oceans and biodiversity, it’s encouraging to see such a broad range of brands taking on cause marketing across the world.

The ‘Impact Awards’ category itself was one of the most popular categories this year, with 10 shortlisted entries. This was dominated by the government / not for profit sector (40%), followed closely by FMCG (30%) and also featured campaigns from the automotive (10%), retail (10%) and telecoms (10%) brand sectors. The geographical spread was vast with a spread of entries from Australia, Colombia, India, Indonesia, Israel, Peru, Sweden, United Kingdom and the US.

A recurring theme across all entries in this category was in creating real connections and trying to create a movement to encourage and impact real change. Storytelling and content was key to this, using a mix of real people and influencers to share their stories and experiences to create real connections that tapped into the psychological aspects of human nature.

Social media platforms including Facebook, Instagram, Snapchat and YouTube played a central role in the execution of these campaigns, as did creating strong media partnerships with key media owners to spread the message far and wide in an authentic and engaging way.

But before brands go ahead and jump on the ‘cause’ bandwagon, they need to ensure that it’s not just a box ticking exercise but something with a real purpose. Real brand connections to social causes need to be authentic, relevant and natural. Often brands can come unstuck either because their reason to undertake a ‘brand purpose’ is met with cynicism by its target consumers or because its execution feels like nothing more than an advertising campaign.

This topic of social impact was explored in greater detail at the recent Festival of Media Global 2019 in Rome.

“When brands underwrite human empathy, great things happen for brands,” said Paul Polizzotto, founder and CEO of Givewith. “The future of cause marketing is forward facing and I think it’s more rooted in tangible, measurable impact in the world that is the result of brands and consumers agreeing. Integrating social impact into your campaigns is not a compromise – you’re not losing anything, you’re gaining something; not only gaining more engagement with the consumer but actually having a conversation with the consumer around something that matters. We have to respect consumers and really engage with them around the things they care about. And if you do and you respect them, you’ll be rewarded.”

We put the spotlight on two winning entries from the Festival of Media Global Awards 2019, which highlight this trend: 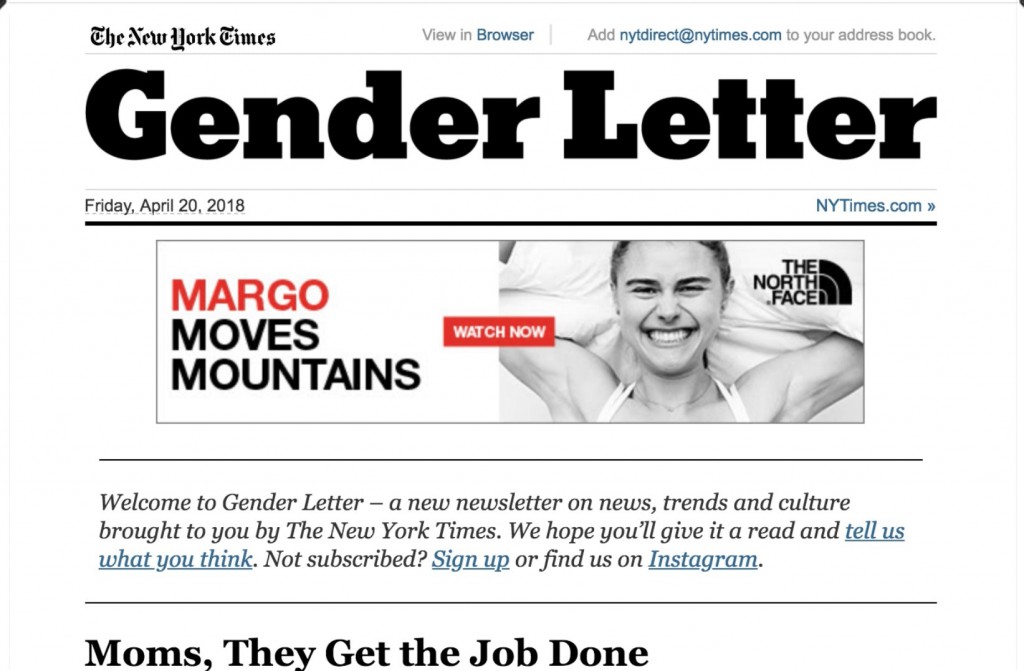 She Moves Mountains | The North Face | Starcom | US

If mountains are open for everyone to climb, why is it that men are almost always pictured at the top? The Outdoor industry has long been criticised for its lack of showing gender diversity. In fact, research showed an astounding 82% of images of explorers online are of men. People are 80% more likely to achieve a goal when they have role models to look up to. More than ever before, women know they can strive to have an equal place in traditionally male-dominated industries and interests, but they are looking for more female trailblazers and achievers for inspiration and confidence building. Supporting women explorers was something The North Face believed was not only good for their business, but the right thing to do.

While driving purchase intent is an important objective for The North Face, its real challenge was to move the brand from function to real connection with women by changing “the face” of exploration. Starcom created an integrated campaign, “She Moves Mountains,” that championed women’s exploration narratives and imagery. It elevated amazing stories of female explorers and inspired more to be created. The entire media plan was designed to be a canvas for inspiring stories of The North Face female athletes and trailblazers, such as Hilaree Nelson, Ashima Shiraishi, Fernanda Maciel and Margo Hayes – women climbers, skiers, mountaineers, runners, and even rocket scientists.

The campaign told the women’s stories from the third person perspective of an admirer (i.e. Ansel Elgort, Jimmy Chin, Lynn Hill) to make these heroes seem even more heroic across print, OOH, social and digital, and in many cases, purposefully utilised events, and larger and longer formats. Because this was about so much more than a marketing campaign, the agency only partnered with media properties that were demonstrating real thematic shifts in their editorial and programming to feature women breaking norms vs. cliché beauty and lifestyle content including, National Geographic, Bustle, Time, and The New York Times. 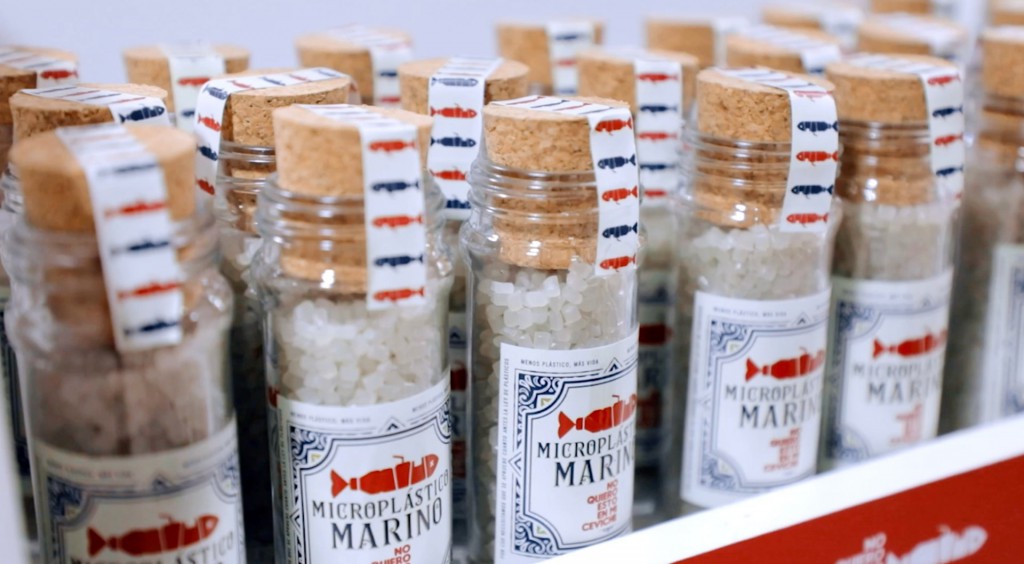 The level of pollution in the Peruvian sea is an issue that is causing increasing alarm among experts, and is one of the main news stories in papers and on television. However, although it seems absurd, nobody seemed to care, and the excessive use of plastic has continued, both by people and companies. When analysing this situation, McCann Lima realised something; Peru’s culinary reputation has grown impressively in recent years. The BBC, the New York Times and CNN classify it as a gastronomic gem, which evidently fills Peruvians with pride. Here was Oceana’s chance to attack that pride in order to achieve change.

A large part of the raw materials that are used in Peruvian cuisine (octopus, fish and shellfish) come from the sea, the same sea is becoming more polluted by the day. For that reason, the brand initiated a movement that would raise awareness about this issue in a totally different way to previous campaigns, to achieve a reduction in single-use plastic. One of the major problems of single-use plastic that ends up in the sea is that due to tidal erosion, the weather and other factors, it breaks down into small particles known as “microplastics”. These particles end up being consumed by fish, and as such it could conclude that they will eventually affect local cuisine. The strategy was to talk about how excessive reliance on single-use plastic causes it to end up in the sea, fragment and be consumed by fish, eventually ending up in the beloved ceviche, an iconic Peruvian dish.

15,000 condiment jars were filled with small pieces of plastic taken from trash collected on Peruvian beaches and then put on display in restaurants, shopping malls and supermarkets. The launch went viral thanks to a video showing 14 of the country’s most renowned chefs using micro-plastic to make ceviche, a Peruvian classic. Social networks and a website were created with all the necessary information to educate people and companies about the changes that should be made to protect the sea.

Through the Ministry of Environment and its minister, even the government joined the movement, going as far as banning first-use plastic from all government bodies. The movement ended up growing so much that it led to a law being created to regulate single-use plastic in the country.