To reflect the real world in which we live in 2019, the advertising and marketing industry is forging a path toward more inclusive marketing. But rather than simply being addressed as a box ticking exercise, brands and media agencies are making big commitments to support diversity and inclusivity from inside their organisation and out through their external marketing efforts, sparking inclusive movements that are making a real impact in the world.

We’ve seen many companies creating winning diversity strategies across their business, while others have struggled to create a culture of inclusion. But rather than simply jumping on the inclusion bandwagon, marketers making the biggest strides in this space are those who are standing up and spearheading movements that are driving societal change.

Inclusivity was a key theme to feature throughout the Festival of Media Global Awards 2019.  The special ‘Inclusion Award’ this year saw shortlisted entries from brands and media agencies around the world tackling a range of issues, from promoting acceptance for the LGBTQ community in Peru to creating mental health allies for staff in the workplace in the UK, tackling gender equality and sexist discourse in Turkey to using technology to improve conditions for the disabled community in Indonesia.

The entries highlighted the dedicated efforts being made by brands and media agencies to form honest and genuine commitments to a range of causes, supporting all communities that reflect changing society and tell the real stories of individuals in all shapes and forms.

Entries in this category used a range of channels to spread the word – from print, online and social media to events and partnerships, with a strong focus on education to destigmatise issues that are impacting the world as we know it today. Technology also played a significant role in the majority of these campaigns, either to help put the spotlight on an issue or to act as an enabler / support mechanism to help a particular community.

The topic of inclusivity was also a conversation on the agenda at the Festival of Media 2019. In the first of two dedicated ‘Raising Awareness’ sessions, Poorna Bell, Award Winning Journalist and Author addressed delegates with a presentation ‘Let’s talk about mental health’ to help deconstruct the myths around mental health and teach brands and media agencies how to help prevent this.

“I think that [when it comes to inclusivity, gender stereotyping etc.] brands think there’s no budget for it or think that it has to sit separately; like you almost put your brand down and then the campaign is over there, and the two things aren’t necessarily the same,” said Bell. “But actually I think that you can blend both of those things and I think it tells a far more powerful message. Increasingly we are looking for emotional connection in the things that we buy, especially given the conversation that we’re having around the environment and around the things we actually want in our lives. I think that people are being a bit more considered about where they make those purchases.”

Another key topic on the agenda was disabilities. The second ‘Raising Awareness’ session looked at ‘Bolstering Disability Inclusion’ to remove misconceptions surrounding disability and look at what agencies, media owners and brands are doing to embrace inclusion in the industry.

Around the world over 1.3 billion people live with some form of disability (15% of the global population) and, together with their friends and family, this group has a spending power of $8trn.

“There are not that many organisations and clients to have yet gone over the hill and started actually putting people with visible disabilities, for example, in their work. But please do – it’s a genuine market opportunity,” urged Sam Phillips, CMO for Omnicom Media Group UK. “So if you’re not going to do it for the humans, do it for the commercials, because it genuinely makes sense. In terms of the audience, [if people around the world] do not see their disabilities reflected in our outputs that’s crazy because we know that when people see themselves reflected they are much more likely to go and buy your brand product or service. Please go back and start talking about disability and employing more people with disabilities. It is possible and putting people with disabilities into your outputs is what is going to really make a difference.” 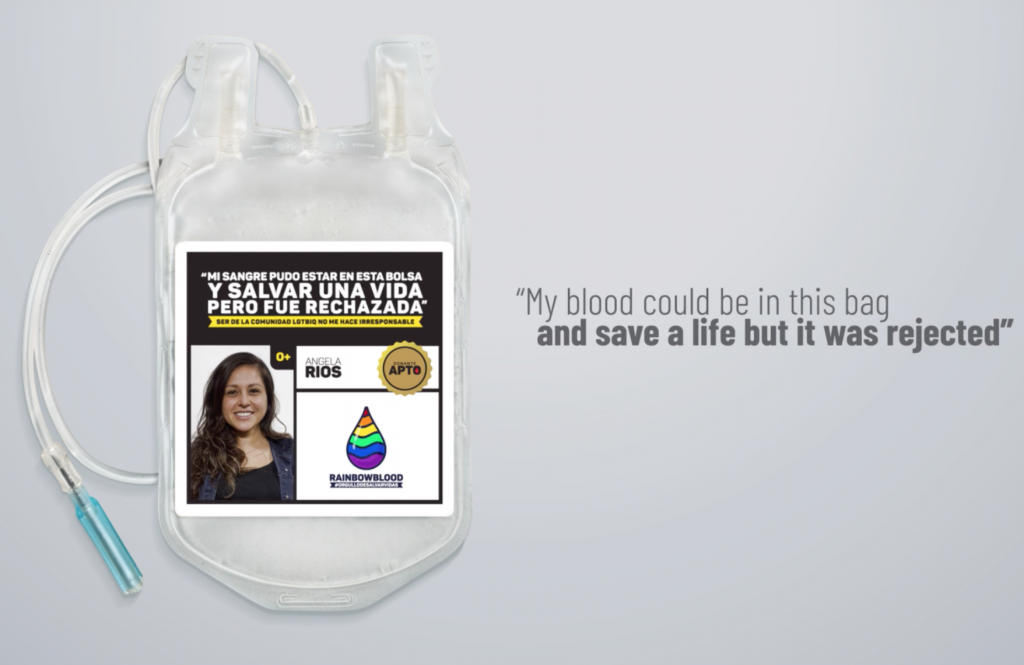 In Peru, 600,000 litres of blood are needed each year and less than half is collected. Even knowing this, the public medical centres reject blood from people of LGTBI (Lesbian, Gay, Bisexual, Transexual and Intersex) community. The medical form disregards them by labelling them a risk group along with prostitutes, ex-convicts and drug addicts. To change this act of discrimination, the RAINBOWBLOOD movement was born under the care of the organisations PRESENTE and AHF.

For the implementation of the strategy, it was necessary to create a database of people to send empty blood bags, in order for them to be impacted and help to change this act of discrimination. A total of 150 bags were sent, and on the same day the movement’s social network pages were launched, which showed different stories of people who had been rejected and data on how all of the blood that had not been received from the LGTBI community could have saved lives. In addition, the www.rainbowblood.org website was launched, containing scientific information and information from the World Health Organization, which validated people in the LGTBI community as suitable blood donors (complying with the same requirements as heterosexual people).

The strategy started trending on social media and made the headlines. All this media exposure took the conversation to the Congress of the Republic of Peru. Ten days after the movement launched, the Ministry of Health announced a change in the selection process for blood donors, which open all medical centres doors to the LGTBI community. 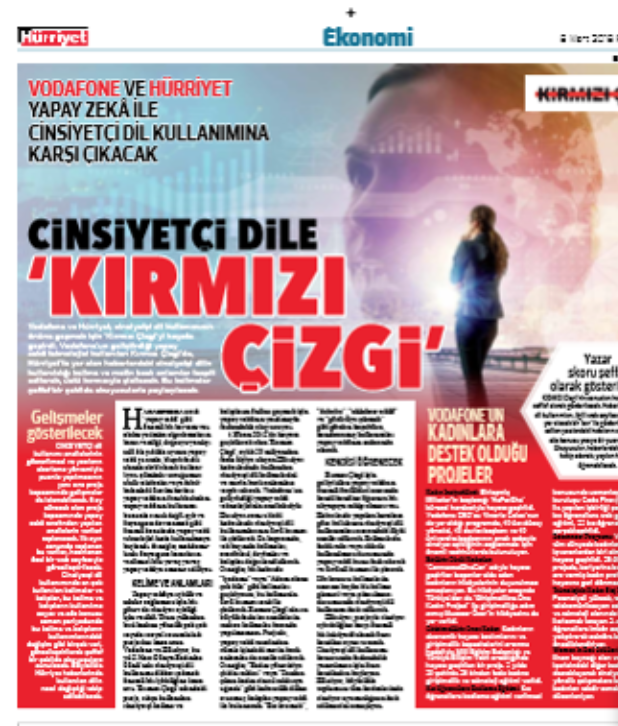 Creating a dictionary or detailed article about sexist discourse would not be strong enough to create an impactful project to increase word of mouth and awareness. That’s why Vodafone and Mindshare created the one and only artificial intelligence that specialised in the Turkish language and understands it semantically to create a groundbreaking behavioural change, and to ease the inequality in daily life by highlighting and correcting the sexist language that media use.

The agency teamed up with one of the most influential newspapers in Turkey; Hurriyet, a mass media channel with millions of daily circulation and online visitors. The ‘Red Line / Marker’ button was integrated to Hurriyet’s webpage, and when clicked it showed users words, phrases or sentences that were – intentionally or unintentionally – causing or strengthening gender inequality. Journalists could also check their content for sexist words / phrases before they uploaded their piece to the website, through the interface that was added to the content management system of Hurriyet. This way, it could draw the attention of both the reader and the publisher to this important issue.

1.1 million news items were analysed by the Red Line technology. Red Line/Marker was delivered 45 million times and 1.1 million users clicked the marker to detect inequality in language. This resulted in a 70% reduction obtained on sexist discourse within news.